Last week was a tough one for fossil fuel businesses. Large oil producing companies in the Netherlands and the United States had some major defeats. The pattern suggests that fossil fuel companies are facing difficult times ahead.

The increased pressure on the fossil fuel companies comes as people and governments grow more serious about climate action. Countries are working to cut pollution to meet goals set in a worldwide climate deal known as the Paris Agreement.

Climate Crisis
The climate crisis is a global emergency caused by the change in weather patterns around the world because of human activity.
The world is getting hotter, mainly because humans are burning “fossil fuels” like coal, oil, and natural gas to make energy. These fuels give off pollution called “greenhouse gases” or “carbon emissions”, which make the climate emergency worse.
The effects of climate change can already be seen: melting glaciers and polar ice, higher temperatures, heat waves, record dry periods, wildfires, record rains, and more strong hurricanes.
Scientists say the world must take strong action before 2030 to avoid the worst effects of the climate emergency.

Last Wednesday, the oil company Royal Dutch Shell was told by a court in the Netherlands that it needed to make big cuts to its emissions.

To meet the court’s demands, Shell will need to produce roughly a million fewer barrels every day. The cuts could cost the company $6 billion a year. Other European oil companies with similar plans may soon be sued, too.

In the US, the oil companies got their climate warning from people who own part of the company.

Many large companies raise money by selling “shares” in the company. The people who buy the shares (shareholders) earn money when the company does well. Owning the shares also allows them to take part in some important decisions that face the company.

On Wednesday, a group of people who control many shares of ExxonMobil forced out two of the oil company’s leaders because they hadn’t taken enough action on the climate crisis. The leaders were replaced by people who plan to take stronger action.

That will be challenging. The amount of emissions created by Chevron’s customers is about 10 times greater than the pollution made by Chevron when it produces the oil.

These shareholder actions are interesting, since people who own part of a company usually want the company to make money. The actions suggest that the shareholders believe taking climate action makes good business sense for these companies.

Government Has “Duty of Care” to Protect Young People

In Australia, eight young people sued the Australian government to prevent a coal mine from being expanded. In a decision last Thursday, the judge allowed the coal mine to be expanded.

But the judge also made it clear that the government was responsible for protecting young people from the dangers of the climate crisis. The teenagers and their lawyer consider the judge’s ruling to be a victory. 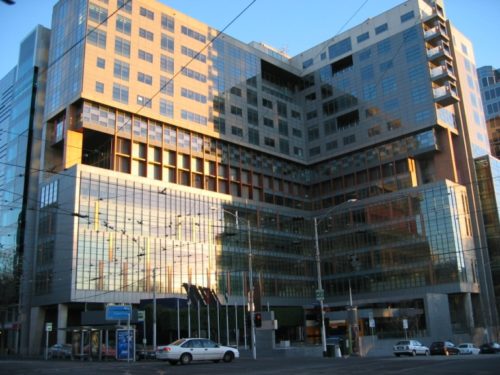 “This is the first time a court of law, anywhere in the world has recognized that a government minister has a duty of care to protect young people from the…harms of climate change,” said Ava Princi, one of the teenagers.

China ‘can save $1.6 trillion by scrapping…