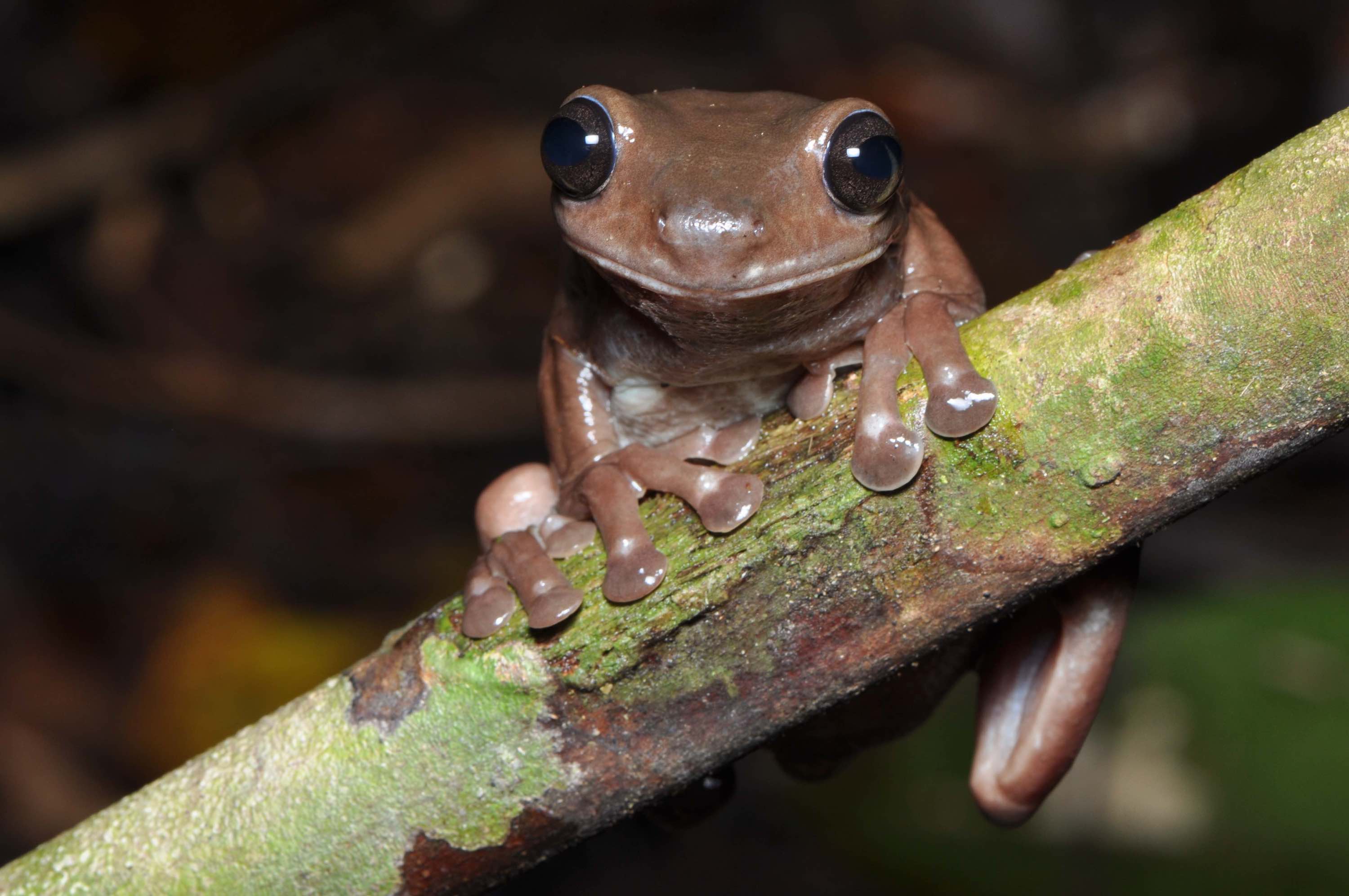 With big, cartoonish eyes, a coy cheek-to-cheek grin and skin like milk chocolate, this frog is so adorable you could just eat him up. The scientists who discovered it in the swamps of New Guinea were apparently thinking the same thing; they’ve nicknamed it the “chocolate frog.”

This candy-colored amphibian, described for the first time in a study published May 20 in the Australian Journal of Zoology, is closely related to the iconic green tree frog (Litoria caerulea) that’s common throughout northern and eastern Australia. From there, New Guinea is just a short hop away; the two islands were even connected by a land bridge until about 10,000 years ago. Over their long history as neighbors, Australia and New Guinea have hosted many of the same types of animals.

In their new study, researchers based at Australia’s Queensland Museum wanted to paint a clearer family portrait of the green tree frog’s lineage on both islands. So, they traveled to New Guinea and collected frog specimens in the island’s southern, savannah-like ecosystems, as well as the swampy forests to the north. It was there — in a hot swamp full of crocodiles — that the team found the chocolate frog.

“We named the new frog Litoria mira because the word ‘mira’ means ‘surprised’ or ‘strange’ in Latin,” lead study author Paul Oliver, a biologist at Queensland Museum and Griffith University in Australia, said in a statement.

A DNA analysis showed that L. mira’s closest living relative is Litoria caerulea, and both frogs have an identical mating call, which the researchers described as a “deep, rasping bark repeated in long series, ‘crawk, crawk, crawk.'”

Still, the two cousins have some clear differences. Besides L. mira’s cocoa-colored skin, the frog is also smaller (and dare we say cuter) than its common green cousin, with males measuring just under 3 inches (76 millimeters) from head to bum, and females measuring just over that — which in either case is about the width of a standard credit card.

While this barking brown frog is arguably the strangest discovery from the team’s research, they also catalogued 29 additional relatives of the green tree frog hopping through New Guinea, further demonstrating how life on the island and on the Australian mainland has been intimately tied for thousands of years. Crawk, crawk!

“Dead Zones” Formed Repeatedly in North Pacific During Warm Climates Over the Past 1.2 Million Years

‘I’d let you bite me!’ Shark Beach With Chris Hemsworth is…

Is This Incredible Photo of Earth or Mars?