Baby minke whale euthanized after getting trapped in Thames River 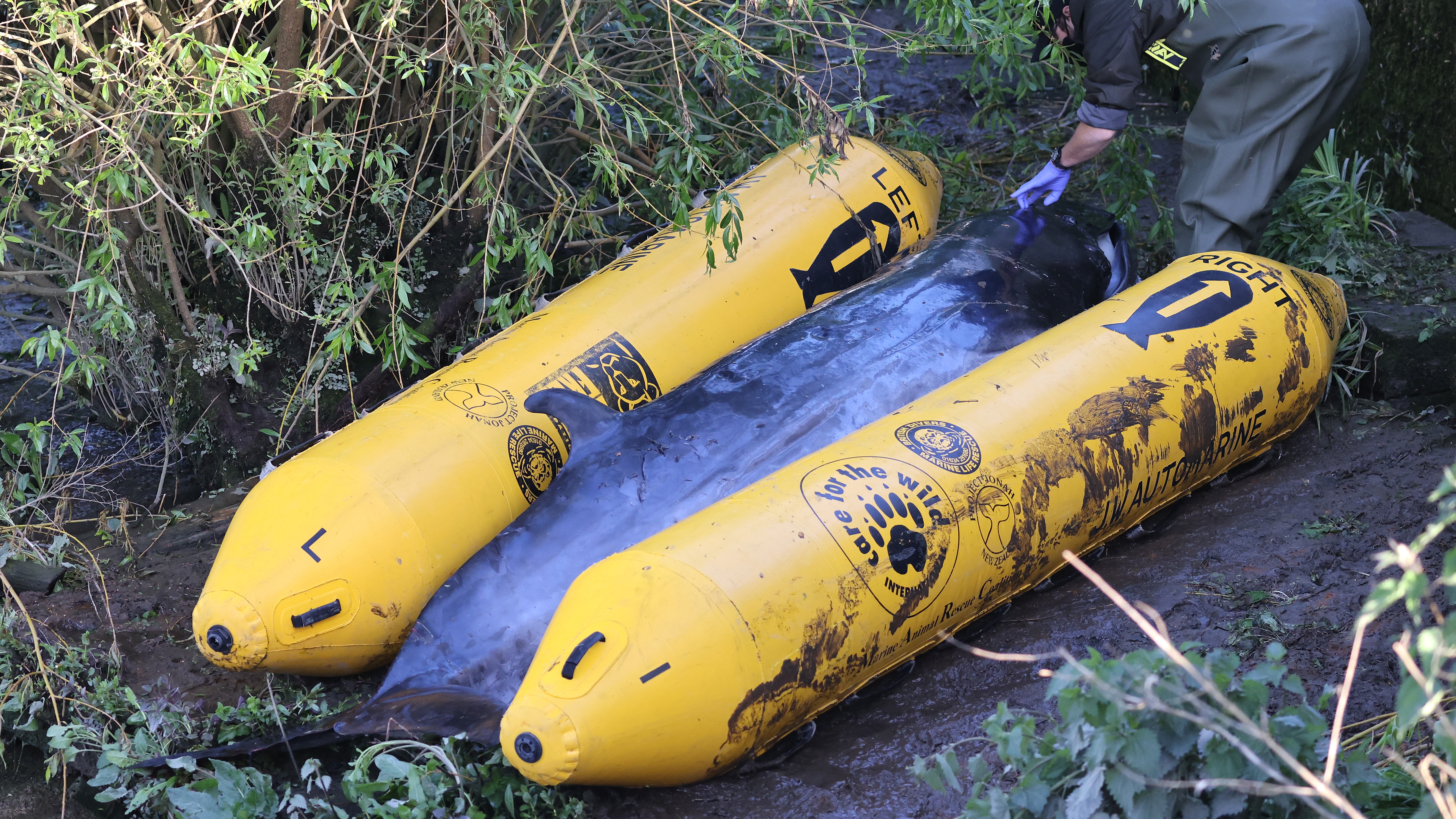 An injured baby minke whale stranded in the River Thames was put down on Monday after rescuers lost all hope for its survival.

The 10-foot-long (3 meters) whale calf was first discovered trapped inside a concrete lock in Richmond, London, on Sunday (May 9). Hundreds of people gathered to watch rescuers refloat the animal and tow it out toward deeper water, but the whale slipped loose from the inflatable cushion it had been placed in and began to swim back upriver (away from the sea).

Concerns for the distressed calf, which had a damaged pectoral fin and was noticeably underweight, grew as the mammal battled for survival many hundreds of miles away from its summer hunting grounds in the North Atlantic Ocean.

Despite further attempts by authorities to rescue it, the scale of its injuries and the absence of a mother made rehabilitating the animal impossible

“They’re going to put the whale to sleep. It’s suffering quite badly, it has been for about the last 45 minutes,” said Julia Cable, National Co-ordinator at British Divers Marine Life Rescue, as reported by Reuters. “It’s always sad, but we now know that putting it back out into the open sea would have been sending it to starve out there.” 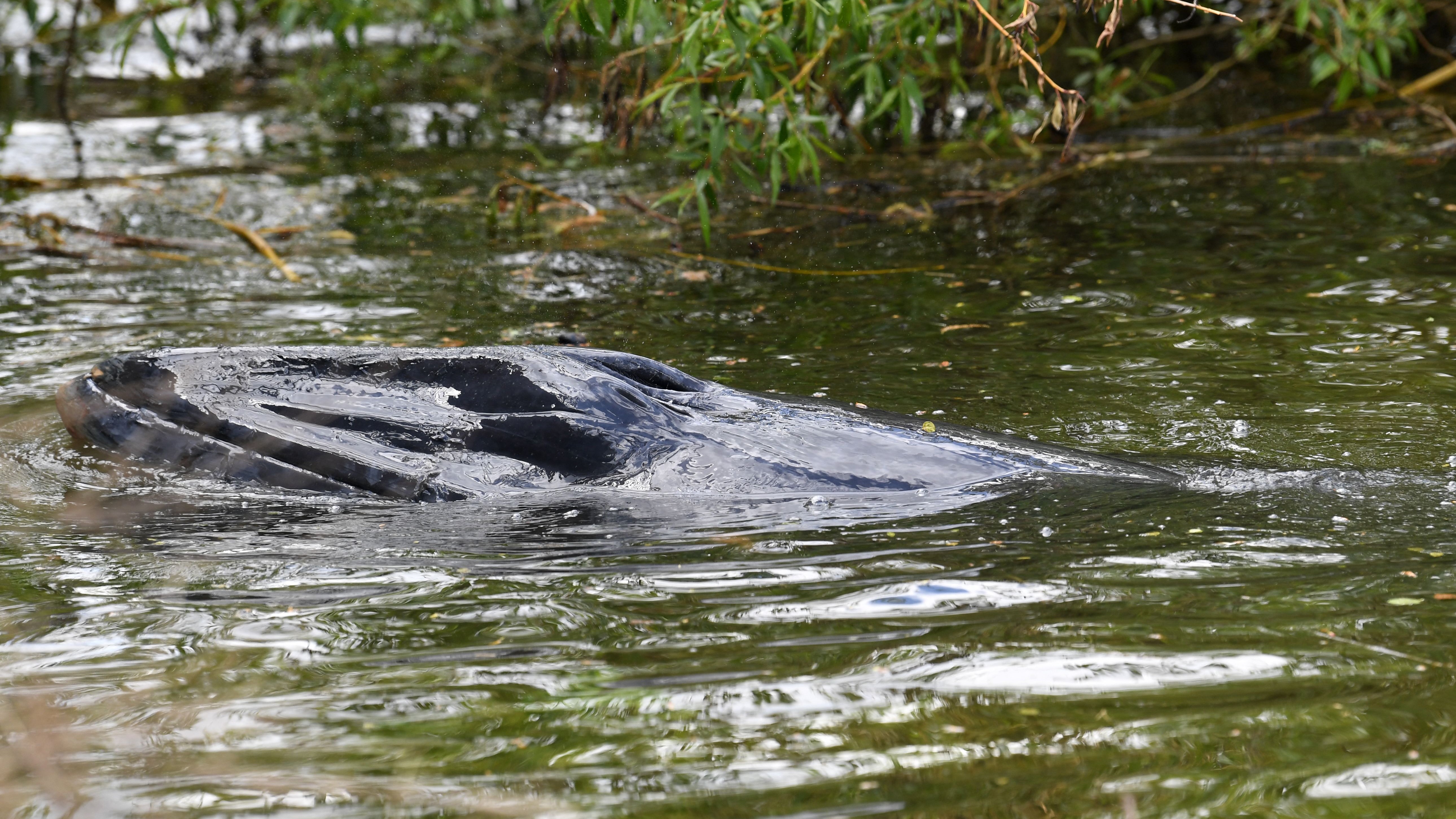 Being so young and so far from home, the whale was incapable of fending for itself without a group or a mother.

After escaping from the rescue attempt, the whale entered shallower water, swimming farther westward up the Thames.

After it became stuck again, more than 90 miles (145 kilometers) from the opening to the North Sea in the Thames Estuary, rescuers had no choice but to put the calf down. It was given a lethal overdose of anaesthetic.

Minke whales (Balaenoptera acutorostrata) are the smallest of the great whales, growing to about 26 to 30 feet (8 to 9 m) in length. They are usually found throughout the northern Atlantic and Pacific Oceans, with ranges that extend from the ice edge of the Arctic Ocean during summer to near the equator in winter.

It is highly unusual for a minke whale to appear in the River Thames, and officials are struggling to explain how it ended up so far from home without any sign of a family or a mother nearby.

Minke whales are notoriously inquisitive, however, a trait that could have led this calf astray and into harm’s way.

“This whale could have become lost whilst following prey, or could be ill or injured,” Danny Groves, of Whale and Dolphin Conservation, told Reuters. “Equally, many whales and dolphins get into difficulty because they may have been struck by a vessel at sea, injured in fishing nets, driven off course by loud underwater noise from seismic surveys for oil or gas, or loud underwater sonar from military exercises.”

Three whales were found dead in the Thames in 2019, including a minke and a humpback.

These Birds Didn’t Have Chlamydia or West Nile. But They’re…

Hungry baby sea stars eat each other in unexpected case of…

Hanging out with Smudge at Antarctica