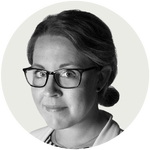 President Biden released the second portion of his economic plan on Wednesday: $1.8 trillion in new spending and tax cuts over 10 years for workers, families and children. That’s on top of the $2.3 trillion infrastructure plan he released at the end of March. Together, here’s what’s included:

Jeff Bezos to blast into space aboard New Shepard rocket…

Q & A with Emiko Jean