Huge amounts of plastic waste have spilled from a burning ship off the coast of Sri Lanka. The waste is covering the country’s best known beaches with plastic. A cleanup effort has begun, but there are worries that the pollution could grow worse.

On May 20, there was an explosion on a large container ship from Singapore called the MV X-Press Pearl. The ship caught fire while it was anchored off the coast of Sri Lanka, waiting to enter the port in Colombo. The 25 members of the ship’s crew were able to leave the ship safely.

The ship’s containers hold many different kinds of materials. Many of them are dangerous chemicals. The fire is believed to have been started by leaking nitric acid from one of the containers. The leak was first noticed on May 11.

There are several boats in the area fighting the fire, which has continued for more than 10 days. Though the fire is being brought under control, smoke and flames can still be seen.

As a result of the explosion and fire, more than 30 of the ship’s nearly 1,500 containers have fallen overboard. Many of these have spilled their contents into the sea. 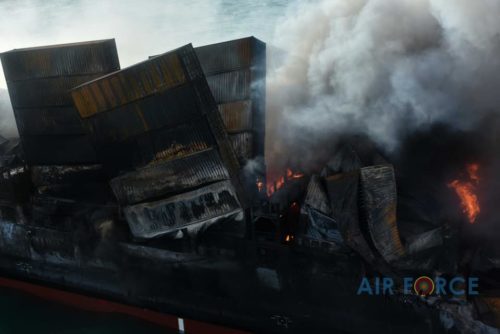 The plastic pellets – some new, others burned or melted – are now covering Sri Lanka’s beaches, including its famous beaches in Negombo, which are popular with tourists.

Thousands of workers, including members of Sri Lanka’s Navy have been working to clean the beaches. The workers are wearing special “hazmat” suits to protect themselves from any chemicals that may have been released by the ship.

Bulldozers are being used to collect huge amounts of the plastic pellets, which are being put into large sacks and removed. “This is probably the worst beach pollution in our history,” said Dharshani Lahandapura, who lead’s Sri Lanka’s Marine Environment Protection Authority (MEPA).

Many people are worried that the plastic pellets will cause problems for fish and other sea life. The government has banned all fishing along 50 miles (80 kilometers) of coast. This is a huge problem for thousands of people in the area who depend on fishing for their living.

It’s not yet clear what effect the oil and plastic will have on the mangrove trees in the shallow waters along the shore or the corals below the sea. Both of these offer protected areas that are important for fish. 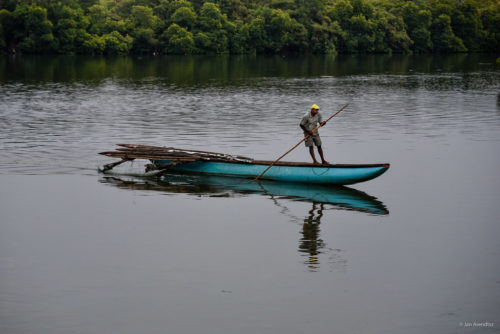 The X-Press Pearl is also carrying about 82,500 gallons (312,300 liters) of oil. There are worries that the pollution problem could become far worse if the oil begins to leak.

Negombo lagoon is a body of water in the area. It’s connected to the sea and is important for fish and many other sea creatures. Floating “booms” have been put out around the opening to Negombo Lagoon to help protect it in case there is a large oil spill from the ship.