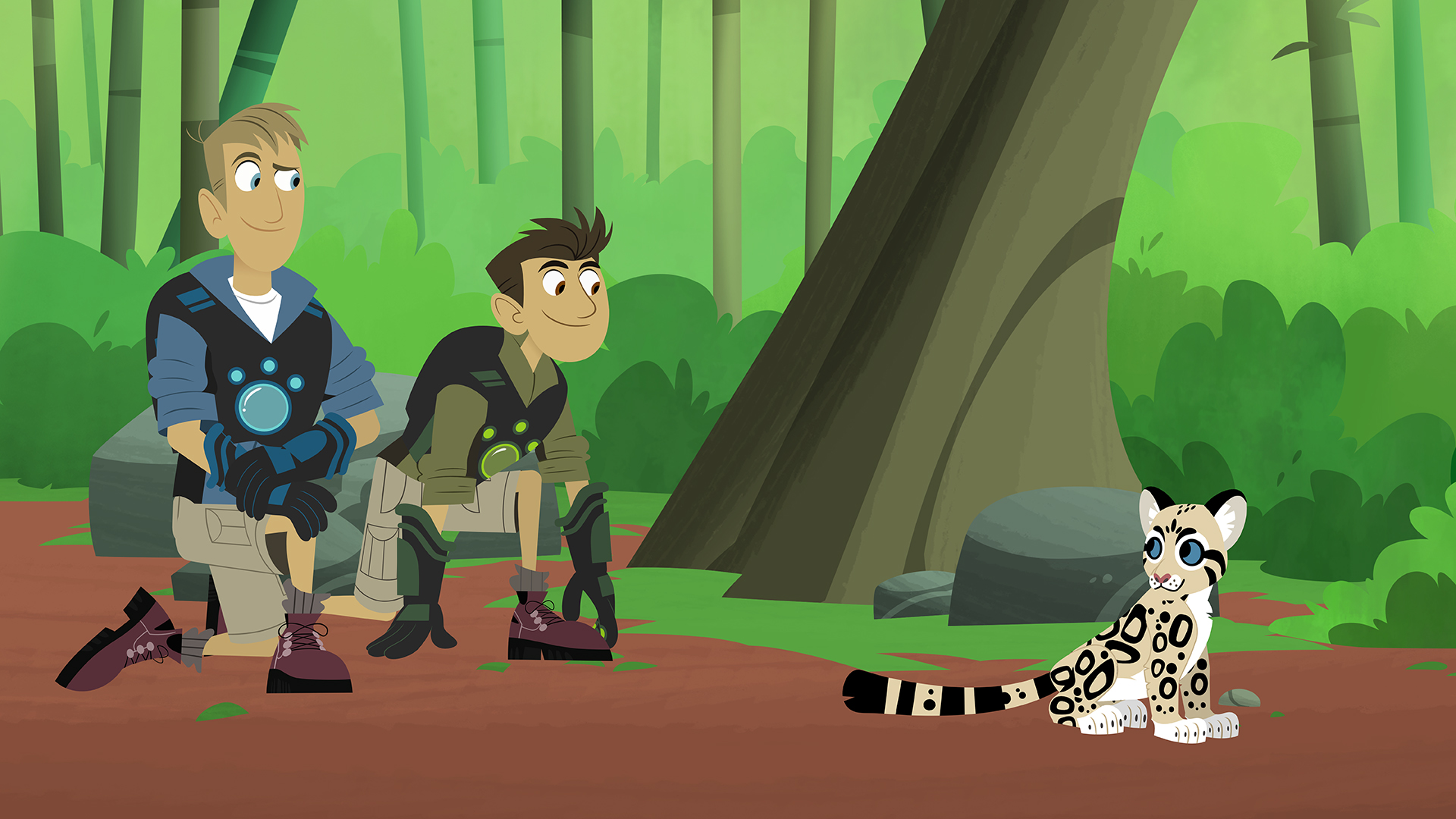 In the PBS KIDS show “Wild Kratts,” hosts Chris and Martin Kratt (and friends) introduce young viewers to wild animals of all sizes, going on adventures and donning “Creature Power Suits” to discover unique abilities that help animals to survive.

In a new hour-long special from the Kratt Bros, “Wild Kratts: Cats and Dogs,” premiering on PBS KIDS on July 12, the brothers take a closer look at the pups and kitties that many people consider to be part of their families. But while cats and dogs may live in our homes and hold an important part in our lives today, these beloved pets have wild ancestors, and “Wild Kratts” offers a glimpse of the traits that dogs and cats still share with canid and feline relatives that roam the African savannah.

Recently, Live Science sat down with the Kratt Bros to talk about their new special, the “wild behaviors” of domesticated cats and dogs, and which animals could inspire the next Creature Power Suits.

This Q&A has been lightly edited for length and clarity. You can watch a video stream of the full interview on Thursday (July 8) at 3 p.m. ET on Facebook and YouTube.

Live Science: Since the special is about cats and dogs, I have to ask: Are you a cat person or a dog person?

Martin Kratt: That question is central to the adventure! We’re all trying to figure out if we’re cat people or dog people, so I can’t really reveal that here.

But one of the neat things about cats and dogs — and the reason we wanted to do a show on them — is to show people where their pets came from, the different species of wild cats and wild dogs, and the traits they still have in common. In our people world, we all think that dogs chase cats. But in the wild, cats chase dogs! It has a lot to do with who’s bigger than who, but cats have more weapons, with all the claws. We had a lot of fun with that, cats chasing dogs and dogs chasing cats.

Chris Kratt: And a lot of the big cats are bigger and more powerful than the biggest dogs. We aren’t used to that.

LS: No, not so much. What are some of the similarities that people might be able to see between their own pets, and the show’s wild cats and dogs?

MK: Well, for example, dogs are pack animals, mostly. So, when they’re living with you, they see the family as a pack and they try to fit in and and be part of that. Cats are a little more solitary. You get that kind of aloofness sometimes, although anybody who has cats knows that cats can be very, very affectionate.

CK: Cats can be social, too! Lions are a social cat, they have special greetings where they rub each other’s cheeks. But yeah, cats are generally far more solitary than dogs.

CK: This spring, we’ve been hanging around a fox den — they’re members of the dog family. And one of the things they like to do at the age they’re at, is grab little bones and bits of fur and toss them in the air with their mouths, and then jump on them and pounce on them. They’re practicing their hunting skills, and they’re using their mouths to manipulate objects.

MK: If you have a puppy that chews your furniture, chews your socks — that’s just them exploring their world, so you can’t get mad at them.

CK: And if you have a cat that waits around the corner till you walk by and then attacks your feet or your legs — they’re being wild. 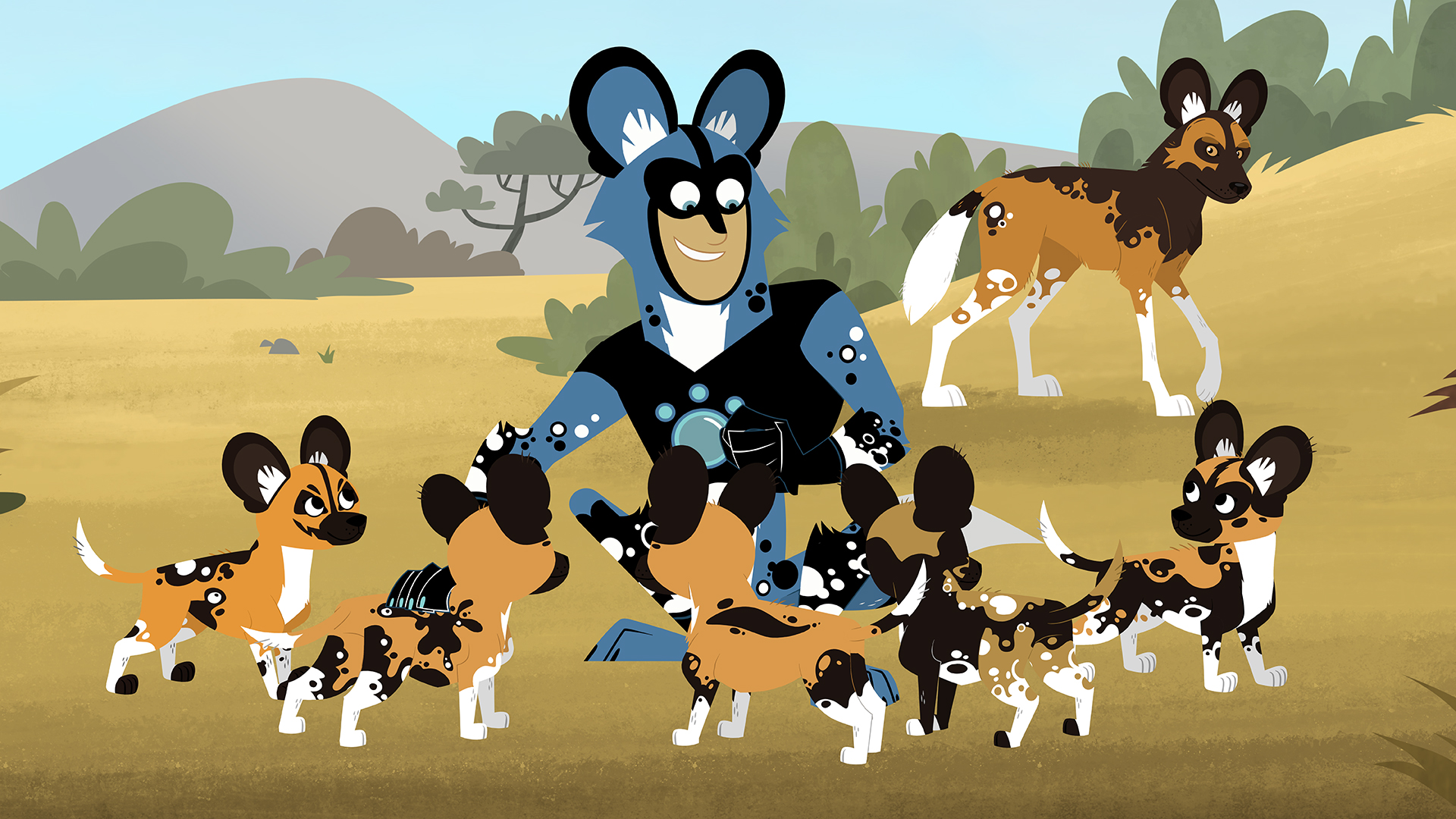 LS: Some of the topics that come up when we talk about wild animals — behavior, biology, conservation — can be fairly complex. What are some of the challenges of telling stories on “Wild Kratts” in a way that makes these topics accessible to kids?

MK: One of the great things about animals teaching science concepts is they all use science in their daily lives, and it’s such an easy, relatable way to teach science. For example, peregrine falcons, they hit their top speeds of over 200 miles per hour because they harness gravity. Skunks, they use chemistry for their defense.

CK: You can even teach static electricity with animals, because electric eels have these organs in their bodies that function like natural batteries. And when they complete the circuit, the electrical current, they stun their prey.

MK: With animals, you can get into any science concept, the animals demonstrate it in some way with their “creature powers” or different abilities. And that’s really what “Wild Kratts” is all about.

CK: We always try to have one science curriculum in our story, woven into all the fun and adventure and connection with animals. 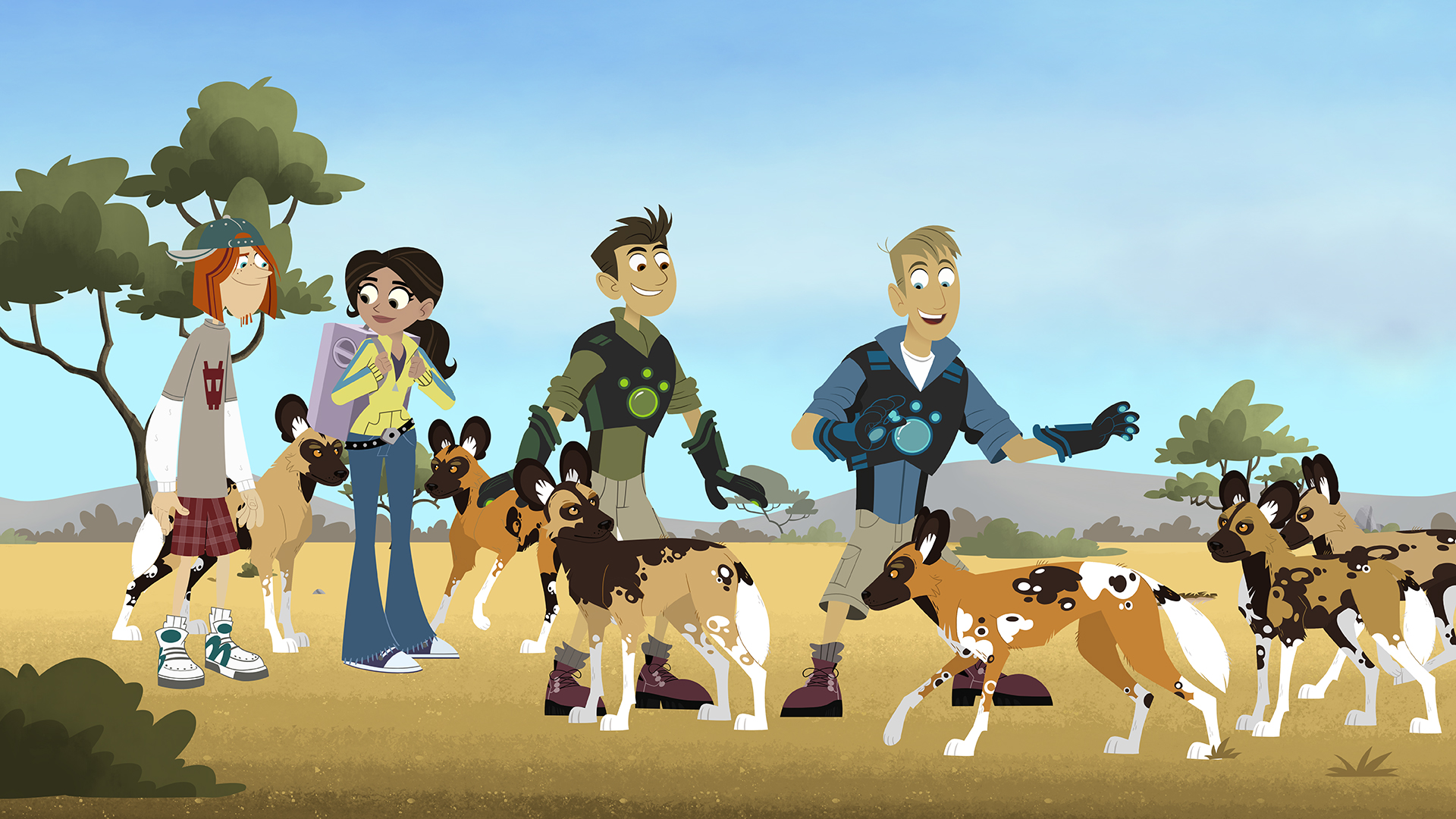 LS: Do you have any favorite animal stories, out of all the animals that you’ve featured in “Wild Kratts?”

MK: Going to Komodo Island and encountering Komodo dragons and being surrounded by five big ones was a highlight. They’re amazing creatures, the biggest lizard in the world. You’ve got to stay on your toes with Komodo dragons, because they’ll sneak up on you.

CK: When we were filming the Komodo dragons, I did get too close to one of them. And it ran towards me and I turned to run away, and I slipped and fell on the ground accidentally. And it started climbing on top of me. Fortunately, I was able to skitter out from underneath, and it didn’t bite me or anything.

MK: You used your leg to push it up away from you.

CK: And after I got out from under this Komodo dragon, I looked at Martin and our camera man. And they were just staring at me, and they hadn’t filmed it and they hadn’t moved to help me.

MK: Well, we were trying to get the camera in position, we didn’t know it was gonna happen!

LS: Do you have a wish list of animals that you haven’t yet featured in the show, but would like to?

MK: Well, snow leopards is up there. I actually would like to do an episode on ladybugs because they eat fly larvae. So if you have ladybugs in your house, it’s really a good thing. Those are two right off the top of my head.

CK: That’s good: a bigger one and a smaller one. For me, gorillas is probably at the very top of the list right now.

MK: And that’s a small one compared to blue whales, which is also on my list!

CK: Which is also a good one. I mean, every single animal is interesting enough to warrant its own “Wild Kratts” episode.

MK: And get their own Creature Power Suits! Because every animal seems to have some amazing ability that they need for their survival.

Mindy Weisberger Mindy Weisberger is a senior writer for Live Science covering general science topics, especially those relating to brains, bodies, and behaviors in humans and other animals — living and extinct. Mindy studied filmmaking at Columbia University; her videos about dinosaurs, biodiversity, human origins, evolution, and astrophysics appear in the American Museum of Natural History, on YouTube, and in museums and science centers worldwide. Follow Mindy on Twitter.
Source

15 Chinese Elephants Are on a Long March North. Why, No One…

How humans develop larger brains than other apes