Chamoli disaster: ‘It hit the valley floor like 15 atomic bombs’

Nature often takes us by surprise. Its power is all too frequently underestimated, with catastrophic consequences.

So it was with the Chamoli disaster back in February, when the flank of a Himalayan mountain failed and fell into the valley below.

It set in train a cascade of debris that claimed over 200 lives and destroyed hydro-electric infrastructure worth hundreds of millions of dollars.

You may have caught some of the mobile phone footage that was shared at the time. A horrifying wall of slurry racing downslope, sweeping away everything in its path.

An international group of more than 50 researchers has now

It's a sombre read that reports numbers that, to be honest, are almost beyond comprehension.

The disaster was initiated close to the top of the 6km-high Ronti Peak in the Chamoli district of the Indian state of Uttarakhand. 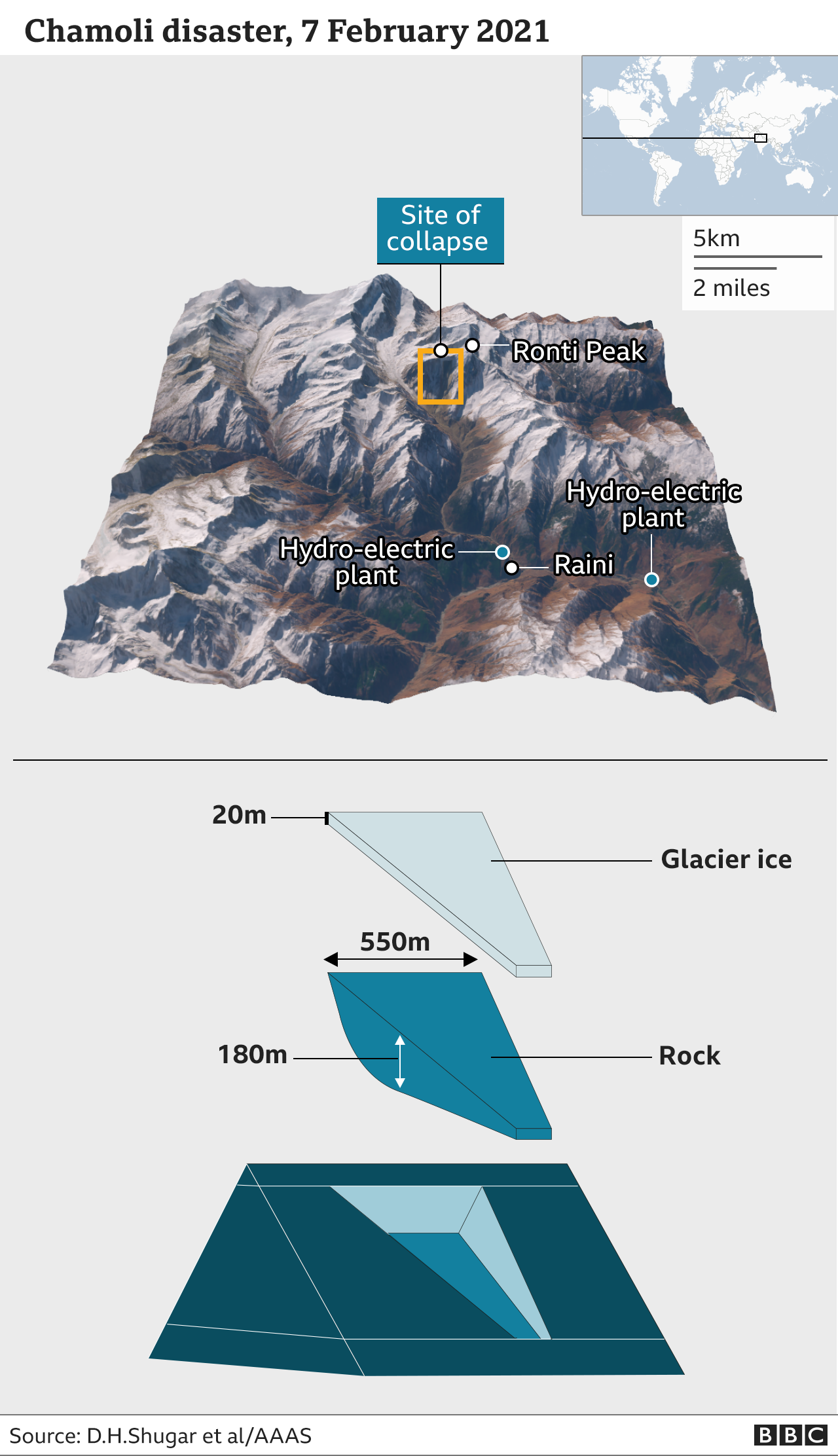 The team calculates almost 27 million cubic metres of material was put into a minute-long descent that at one point was in complete freefall.

To put this volume in context, it's about 10 times that of the Great Pyramid of Giza in Egypt.

When the mass hit the Ronti Gad valley floor, it released the energy equivalent to 15 Hiroshima atomic bombs.

"The ratio of rock and ice was about 80% to 20%, and that ratio, combined with the incredible fall height of almost 2km, was able to provide enough heat, through all the friction from the disintegrating rock, to almost fully melt the ice and turn it to water," explained team-leader Dr Dan Shugar from the University of Calgary, Canada.

"This was critical in transforming what otherwise would have been a regular rock avalanche into something that was hyper-mobile and able to travel tens of kilometres to even lower elevations," he told BBC News.

On impact, the fallen material immediately sprayed the surrounded hillsides with large boulders, some 10m wide; the air blast flattened 20 hectares of nearby forest.

Ordinarily, much of the pulverised mass would have been expected to remain in place. But it didn't. With the consistency of a concrete mix, it headed off further downslope.

By the time the debris flow ripped through the Rishiganga hydro-electric plant, 15km away, close to the village of Raini, the frontal velocity was 25m/s. That's 90km/h (56 mph), the speed of fast-moving car. Even 10km beyond that, at the Tapovan hydro plant, the flow was still moving at 16m/s.

Nearly all of those who died, which was 204 in total, were either working in, or visiting, the power plants. They had no warning of what was coming towards them.

At the time, there was speculation that much of the water in the flow could have come from a breached glacial lake. In the Himalaya, you get large bodies of meltwater forming in front of glaciers that can, on occasions, burst out to cause a flash flood. The team's investigations definitively rule this out. No source could be identified. 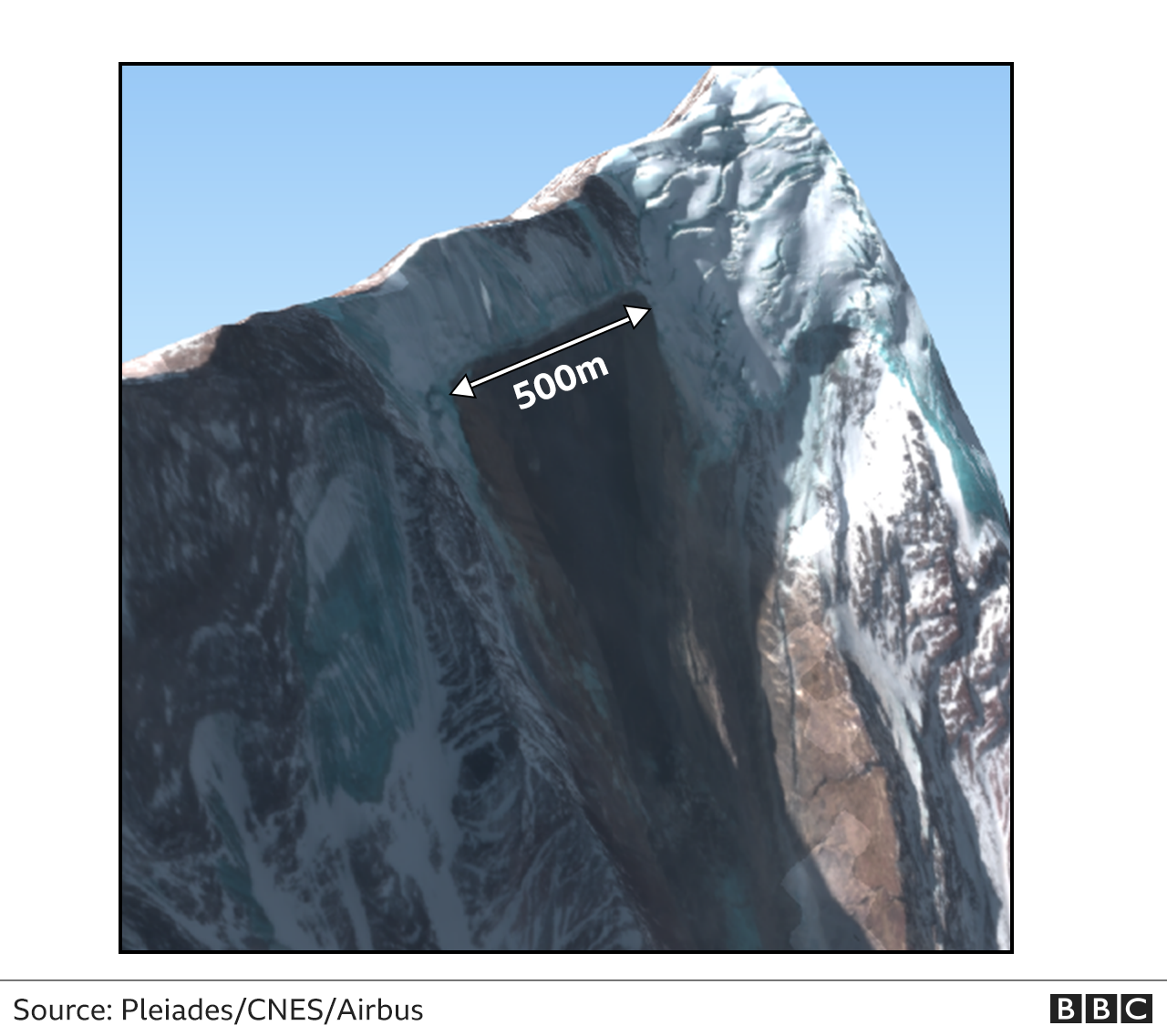 The other big question back in February was about climate change and the role it might have played in the disaster.

That's a tricky one. The team concludes that no single event can be ascribed to climate warming, but they make the point that the frequency of rock falls in the Himalaya is increasing as temperatures rise.

"Glacier shrinkage uncovers and destabilises mountain flanks and strongly alters the hydrological and thermal regimes of the underlying rock," the researchers write in their report to Science magazine.

Co-author Prof Jeffrey Kargel from the Planetary Science Institute in Arizona, US, told BBC News: "Pinpointing a specific trigger is very difficult. What we do know is that this giant wedge of rock that ultimately collapsed was starting to slide over the preceding four years. Satellite (archive) pictures showed it had slipped several tens of metres. Unfortunately, no human had picked up on this." 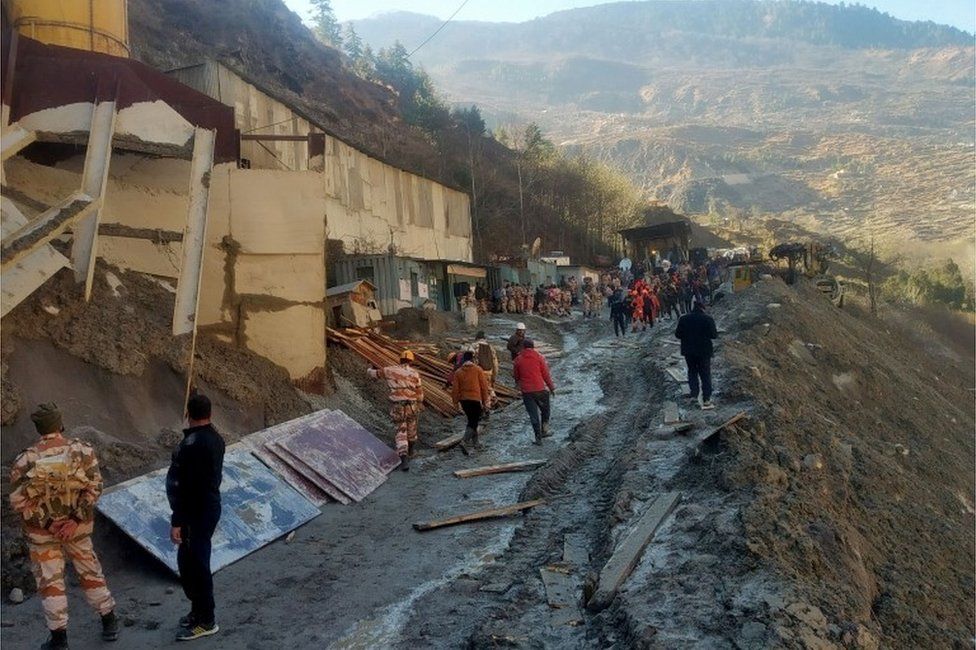 The question now is what this all means for the people who live and work in the high mountains of Uttarakhand.

Kavita Upadhyay, a water policy expert and Indian journalist who has written about the natural environment and hydro-electric power in the region, says greater thought needs to be given to the rationale of building major infrastructure projects in what is a very dynamic region, prone not just to landslides but to flooding and earthquakes too.

"This is not the first time these power plants have been damaged," she said.

"They were damaged in the 2012/13/16 floods. So you have to ask questions about putting this infrastructure in such a fragile zone. You can say there shouldn't be development, but governments aren't going to listen to that. They're providing jobs, and for governments, hydro is also about moving away from fossil fuels. But if we look at practical solutions, then at least have early-warning systems in place." 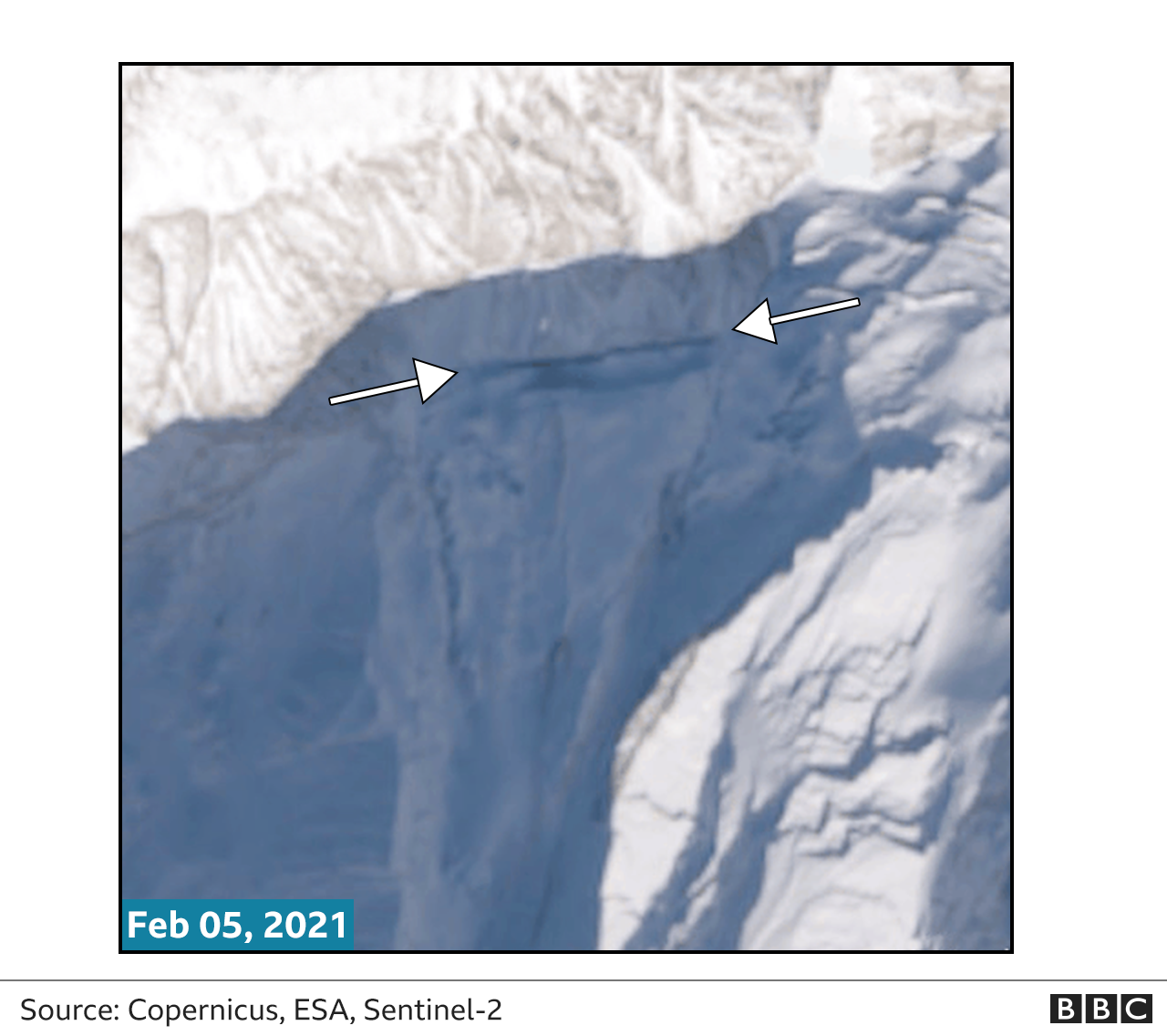 These are points echoed by landslide expert and co-author Prof Dave Petley from Sheffield University, UK.

"The Chamoli disaster highlights that we are underestimating the threat to the very expensive infrastructure being built in high mountain areas," he said.

"The threat is higher than anticipated even under stable conditions, but with climate change that problem is far worse.

"We need to assess these threats better or we are going to see high levels of human, economic, social and environmental cost associated with these projects," he told the BBC.

Will humans ever learn to speak whale?

A Bobcat Attacks, and a Husband Swings Into Action

Monthly Payments to Families With Children to Begin