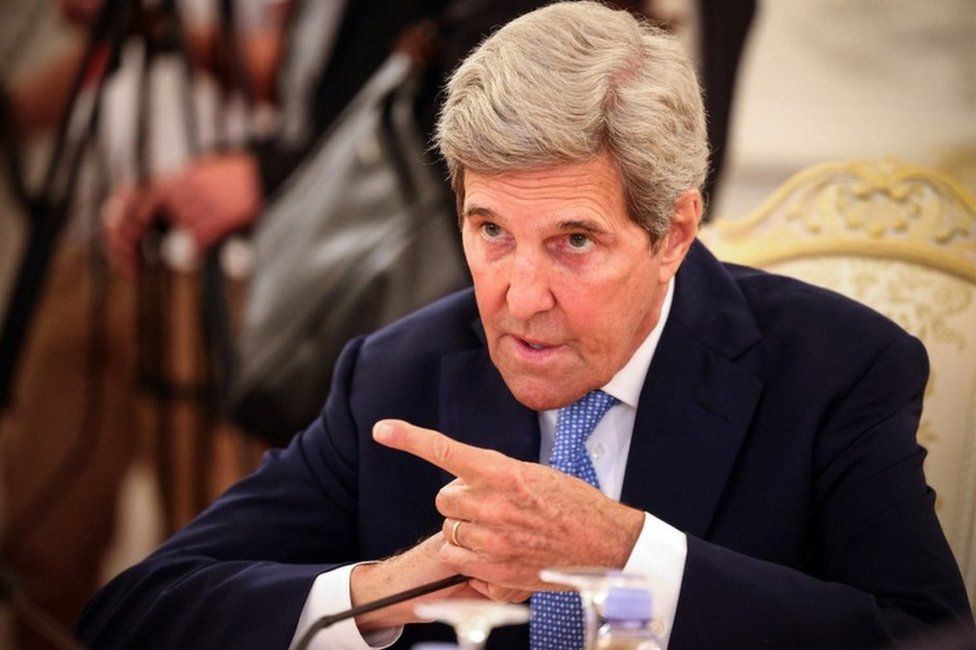 US climate envoy John Kerry has called on China to increase the speed and depth of its efforts to cut carbon.

Without sufficient emissions reductions by China, Mr Kerry said, the global goal of keeping temperatures under 1.5C was "essentially impossible".

Mr Kerry said he was convinced that China could do more and the US was willing to work closely to secure a reasonable climate future.

Every major economy must now commit to meaningful reductions by 2030, he said.

Mr Kerry was speaking at Kew Gardens in London, ahead of a G20 environment ministers meeting in Italy later this week.

Referring to the key COP26 gathering in Glasgow in November, the former Secretary of State said that "in little more than 100 days we can save the next 100 years".

Doing so would not be easy he said. Mr Kerry said that the promises made during and since the Paris climate agreement in 2015 would still see the world's temperature increase by 2.5-3C.

"We're already seeing dramatic consequences with 1.2C of warming," he said, referring to recent heatwaves in the US and Canada, and flooding in Europe.

"To contemplate doubling that is to invite catastrophe."

He castigated the efforts of some countries which are still building new coal-fired power stations. He was scornful of nations that are illegally cutting down the rainforest

"They're removing the lungs of the world, destroying irreplaceable biodiversity and destabilising the climate all at the same time."

Observers say that the envoy was likely referring to Brazil and Indonesia. 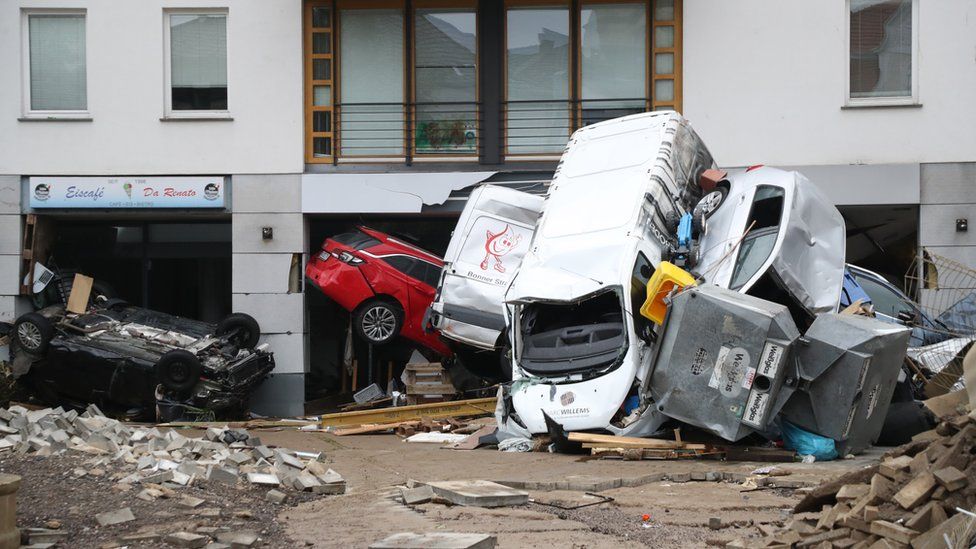 Mr Kerry paid special attention to the efforts of China, saying the country was now "the largest driver of climate change".

China has promised to peak emissions by 2030 – but the US diplomat said that was not good enough.

"If China sticks with its current plant and does not peak its emissions until 2030, then the entire rest of the world must go to zero by 2040 or even 2035," he warned.

"There is simply no alternative because without sufficient reduction by China, the goal of 1.5C is essentially impossible. China's partnership and leadership on this issue of extraordinary international consequence is essential."

Mr Kerry said he was convinced that China could outperform the targets it had set itself and that despite their diplomatic differences, the US was keen to co-operate.

He also said all other major economies would have to step up, with more ambitious targets and plans for the next decade.

Mr Kerry's comments come as new research shows that G20 countries are continuing to support fossil fuels in ways that are incompatible with the goals of the Paris agreement.

According to Bloomberg's Climate Policy Factbook, G20 nations collectively cut fossil fuel funding by 10% from 2015 to 2019. However, eight countries, including the US, Canada and Australia increased their financial support for oil, coal and gas in this period.

Last week, Mr Kerry travelled to Moscow where both sides agreed that the climate issue is one of common interest. President Putin said that Moscow "attaches great importance" to achieving the goals of the Paris climate agreement.

In May, Mr Kerry was criticised by some scientists for rejecting the idea that Americans would have to change their consumption habits, for example, eating less meat.

Country diary: why do birdwatchers prize the ring ouzel so…

Will the wolf survive? The stunning California odyssey of…

Scientists Use Whale Carcasses to Help Answer Mysteries of…