Column: I abandoned all my big pandemic projects. Here are 13 lessons I learned instead 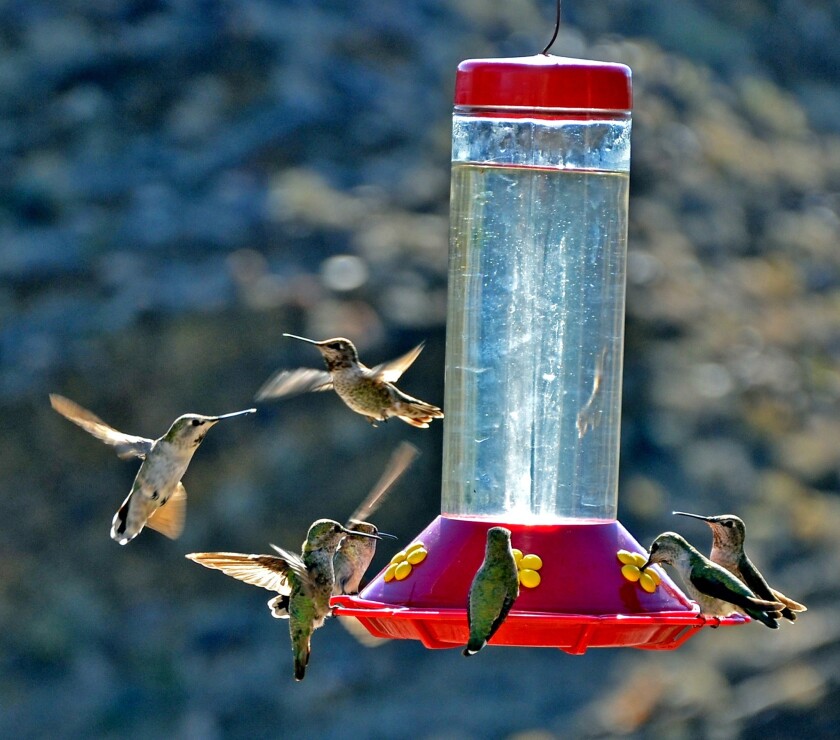 Like many others in the early days of the COVID-19 pandemic, I rekindled relationships with a few old friends: fear, guilt, powerlessness and anxiety. Each evening these friends and I would gather in a very non-socially distant way to obsessively check all the media platforms, the Johns Hopkins COVID map, and the breathing patterns of my sleeping husband and children — was that a dry cough? — before settling in to explore the desert of existential dread in the hours just before the sun begins to pry open the weighted lid of night.

During the day, I fought exhaustion with disciplined cheerfulness — isn’t it great to have a reason to picnic in the backyard, again? — and many, many plans.

I was going to relearn French (which I never spoke very well in the first place), reacquaint myself with my favorite poets, playwrights and free weights; I resolved to tame the drought-then-downpour madness of my garden and to read, finally, that copy of “Eminent Victorians” I bought after watching “Carrington” more than 20 years ago. I would dedicate at least 15 minutes each day to perusing “The Art of the Louvre” and learn how to make my own candles.

I even — God forgive me — bought and successfully threaded a sewing machine with the sincere belief that I would learn how to make my own face masks and, quite possibly, curtains.

If anyone needs a sewing machine — fully threaded and never used! — please let me know.

Oh, I did a few of those things for a bit (and “The Art of the Louvre” remains in heavy rotation, as a base for the projector during big-screen movie night), but if my French remains as execrable as ever, I have learned a few things during my year at home. A brief list:

Dogs fart all the time. I mean all the time. No matter what they eat or how many walks they get, both of ours can and do clear any shared space on an hourly basis. So all those cute dog pics everyone has been posting are telling only one part of the tail, er, tale.

Hummingbirds are intense, and way scarier than crows. When I moved to California many years ago, I spent hours contemplating the miracle of the hummingbird, the surprisingly loud hum of those seemingly delicate wings, the iridescent beauty of their tiny bodies as they darted, then hung, sipping from lavender blooms. Crows, on the other hand, always seemed slightly menacing, hanging out on phone lines, shattering the peace with their alarming voices and “Omen” evocations.

Then I put a hummingbird feeder outside my window and mayhem ensued. Hummingbirds do not like to share, apparently, and as feeder scheduling is even more screwed up than vaccine scheduling, premium nectar access requires dive-bombing one another. Also, increasingly, me. On several occasions, I have been innocently reading in the backyard and found myself suddenly swooped at by a tiny shimmering creature, wings thrumming in a way that can only be described as irate because (and I say “because” as it has happened too often to be coincidental) the damn feeder was empty. So now, apparently, I am in the nectar business permanently.

Meanwhile, those blessed crows sit and caw and take care of themselves.

Column: What we’ve learned — and what we still don’t know — after our pandemic year 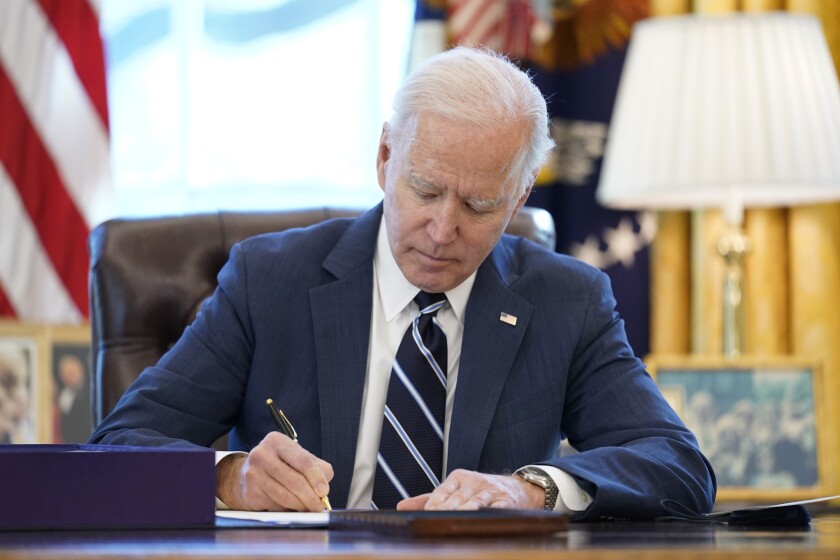 Column: What we’ve learned — and what we still don’t know — after our pandemic year

Everyone believes they are the only person who puts new toilet paper on the roller. Which is impossible since I am the one who always does it.

I do not love to cook. I always thought I did, maybe not in the obsessive way of my foodie friends (enough with the hard sell of beets, please), but I have a not inconsiderable range of well-received dishes that I have found solace and satisfaction in preparing over the years.

No longer. This year is the first in which meals were required each and every day for four adults and one teenager — none of whom was ever absent because of, say, basketball practice or choir rehearsal or even a sleepover. (Never have I missed offloading at least one kid via sleepover so much.) One of those adults is vegetarian, the teenager does not eat pork products, and everyone declared, far too early in the pandemic, that they were sick of pasta. So I am done.

There’s nothing wrong with takeout and Hello Fresh, Trader Joe’s has an excellent selection of frozen meals, and everyone can learn to use a crockpot.

There are such things as clutter fairies. They live in closets and drawers, busily making clothes you never wear, throwing shoes onto the floor, and hiding all the sunglasses and scissors and occasionally keys so that no matter how many times you spend an entire Saturday cleaning out the closet and drawers, everything will be missing and a mess in a matter of weeks.

If you need to see every member of your family in the space of 20 minutes, get on an important call that took weeks to arrange with a person who really has only 20 minutes to talk. If you schedule it, they will come, often bearing bits of paper you have to sign. Right now.

There is such a thing as too much banana bread.

Popcorn is the messiest food ever invented. Also the best. Just smelling it reminds you of all the movies, carnivals, fairs and sleepovers you once took for granted (which you never, ever will again). But near nightly consumption of it has revealed a disquieting truth: At least 10 percent of any given batch is required to sacrifice itself by leaping out of the bowl and onto the couch and floor — where each kernel then must hide in whatever crevice or crack it can find. Possibly aided by the clutter fairies. Possibly not.

If you are forced into a stay-at-home situation, it is good to live in Los Angeles because it is temperate, very beautiful, and full of parks and trails — and it actually is possible to get to the beach, the mountains or the desert in less than two hours, which is very handy. Also there is In-N-Out, and waiting in those lines is another excuse to get the hell out of the house and not cook dinner.

Turns out, I could live my entire life without ever going to an indoor mall again. (Though, see above, I do live in Southern California which means there are many outdoor malls.) But I have become a person who needs regular massages, something I realized pretty quickly after the shutdowns made getting one impossible. I never dreamed I would be jonesing for the kind of treatment I once associated with movie stars and mobsters, but there it is.

I may wear face masks for the rest of my life. They hide the Cowardly Lion lines that have developed around my mouth and they make my eyes pop. Also, I have not been sick for an entire year and that is very cool.

Existential dread, like unrequited love, is a bore. Unless you are a reporter or editor working the night shift, scanning the news after 11 p.m. is an unnecessary hazard to your health. It will all be there in the a.m., after you’ve had a cup of coffee and made the bed because — as any recovering anything will tell you — making your bed in the morning is a cornerstone of mental health.

Unless you are going into the scented candle business, it is cheaper to buy candles than to make them. And although there may be such a thing as too much banana bread, there can never be too many scented candles.

Especially if you have dogs.

Column: Am I addicted to scented candles? Perhaps. I’ll try anything to fight the darkness of 2020 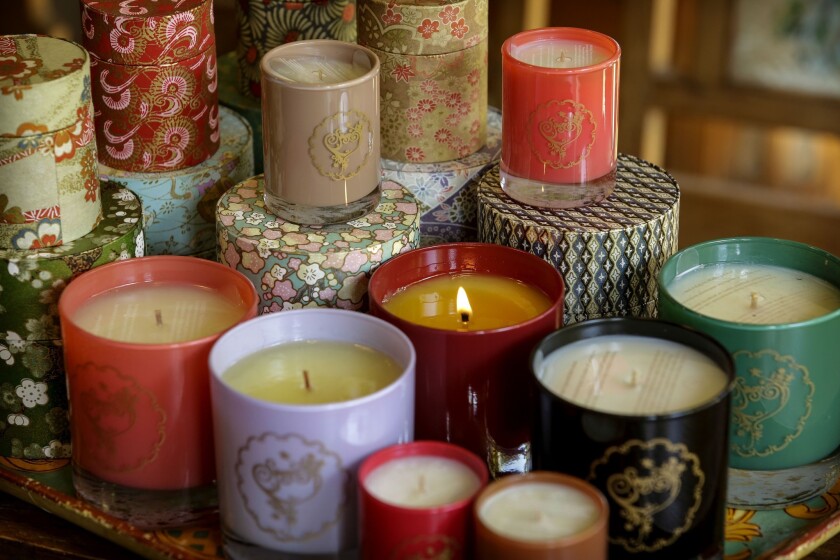 Column: Am I addicted to scented candles? Perhaps. I’ll try anything to fight the darkness of 2020

The point of all these candles is to create an alternate me, one who lives serenely, in a calmer, saner, more hopeful place and time. A time when how my home smells doesn’t matter so much because I am not in it 24/7.

Turn the Lights Out. Here Come the Birds.

Microbes that feast on crushed rocks thrive in…

The Case Against Zoos

Echidnas Have Four-Tipped Penises, And Scientists Want to…