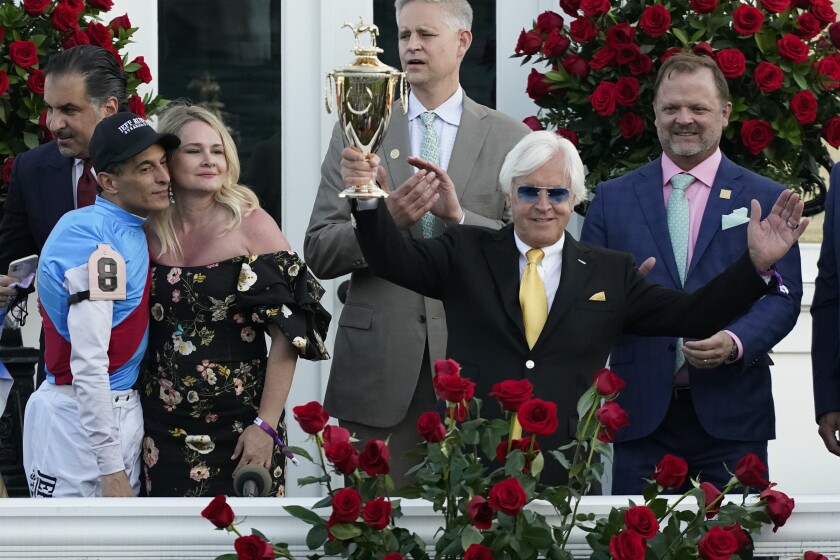 The mystery surrounding how current Kentucky Derby winner Medina Spirit had a banned race-day medication in his system may have been solved. And it has to do with a skin rash.

Trainer Bob Baffert said Tuesday that Medina Spirit had been receiving treatment for dermatitis on his hind end, which he contracted after the Santa Anita Derby on April 3. Baffert said he learned Monday the ointment contains betamethasone, the legal anti-inflammatory that can’t be administered within 14 days of racing.

Baffert, who did not accompany Medina Spirit to Baltimore to avoid being a distraction, and the Maryland Jockey Club reached an agreement to allow him to race at Pimlico Race Course. Baffert’s two Preakness horses, Medina Spirit and Concert Tour, along with Beautiful Gift in the Black Eyed Susan, have provided blood samples that will have to meet the satisfaction of the Maryland Jockey Club.

But this could mean that Medina Spirit might have to be scratched after all. The tests were sent off on Tuesday and there should be results by Friday. Medina Spirit was last administered betamethasone the day before the Kentucky Derby, which would make Friday the two-week mark.

“We have three different time points that will allow us to indicate how the medication is moving through the horse,” said Dr. Dionne Benson, chief veterinary officer for The Stronach Group. “The more information we have will allow us to reasonably predict where the medication will be on race day. If it’s even going to be close then we will enact our request for Mr. Baffert to scratch the horse.”

The Preakness will be run well before there is word on who actually won the Kentucky Derby. Baffert’s explanation on Tuesday may have closed the window on a defense that will allow Medina Spirit to remain the winner of the race. The stewards will have to decide if ignorance of the contents of a medication is an acceptable reason to not disqualify Medina Spirit. 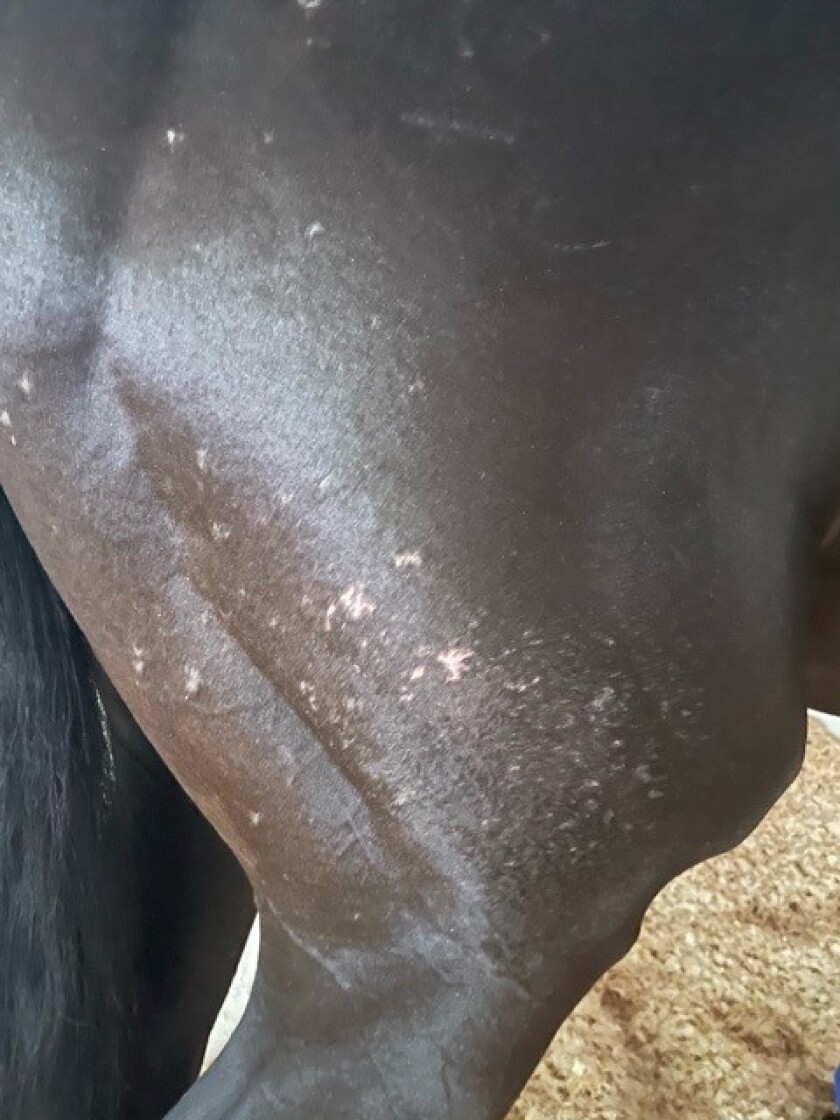 A photo released by Bob Baffert’s attorney, Craig Robertson, shows a rash on the back side of Kentucky Derby winner Medina Spirit.(Courtesy of Craig Robertson)

Medina Spirit was made the 9-5 favorite for the race Saturday after drawing the three post Tuesday. Concert Tour drew the far outside 10 post and was made the second favorite at 5-2. Midnight Bourbon was 5-1 and there were no other horses at less than 10-1.

For now, at least the medication mystery might have been solved.

“I had him checked out by my veterinarian, who recommended the use of an anti-fungal ointment called Otomax,” Baffert said in a statement released by his attorney Craig Robertson. “The veterinary recommendation was to apply this ointment daily to give the horse relief, help heal the dermatitis, and prevent it from spreading. My barn followed this recommendation and Medina Spirit was treated with Otomax once a day up until the day before the Kentucky Derby.”

Does the drug that could strip Medina Spirit of a Kentucky Derby win enhance performance? 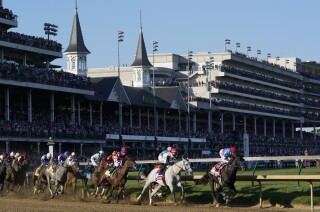 Does the drug that could strip Medina Spirit of a Kentucky Derby win enhance performance?

Betamethasone is mostly injected into the joints of horses to ease inflammation and, if the inflammation is reduced, any associated pain subsides.

“While we do not know definitively that this was the source of the alleged 21 picograms found in Medina Spirit’s post-race blood sample,” Baffert said, “and our investigation is continuing, I have been told by equine pharmacology experts that this could explain the test results.”

On Sunday, Baffert announced that the 3-year-old colt tested positive for the drug and was emphatic that the horse had never been treated with betamethasone, which is normally administered into joints by injection as a way to lessen inflammation. However, the drug can be administered topically on humans and horses.

Neither horse nor trainer has been charged or disqualified pending the result of a split blood sample, which will be sent to an independent laboratory for testing. However, if this hypothesis is correct, the sample will assuredly contain the medication.

Baffert continued to push his side of the story.

“First, I had no knowledge of how betamethasone could have possibly found its way into Medina Spirit — until now — and this has never been a case of attempting to game the system or get an unfair advantage,” Baffert said.

“Second, horse racing must address its regulatory problem when it comes to substances which can innocuously find their way into a horse’s system at the picogram — trillionth of a gram — level. Medina Spirit earned his Kentucky Derby win and my pharmacologists have told me that 21 picograms of betamethasone would have had no effect on the outcome of the race.”

Two regulatory veterinarians contacted by The Times agree that the medication would not have affected performance. 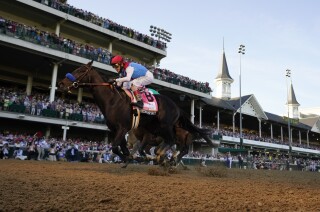 If the horse is disqualified, there also could be legal options. Consider what happened in 2014, when Princess of Sylmar, trained by Todd Pletcher, had a betamethasone positive in Delaware. Attorneys were able to successfully argue that the process behind establishing thresholds for the medication were inadequate and the case was dropped on the advice of the deputy attorney general.

Last year, Baffert trainee Gamine tested positive for the medication after finishing third in the Kentucky Oaks. Baffert said the horse was administered the medication 18 days before the race, four days longer than what was suggested by the Kentucky Horse Racing Commission. The horse was disqualified and Baffert was fined $1,500.

The Price They Pay for Your Perfect Vacation Photo

Harnessing the hum of fluorescent lights for more efficient…

Cracking the Mysteries of Venus: New Information on Planet’s…