Do other animals get heart attacks? 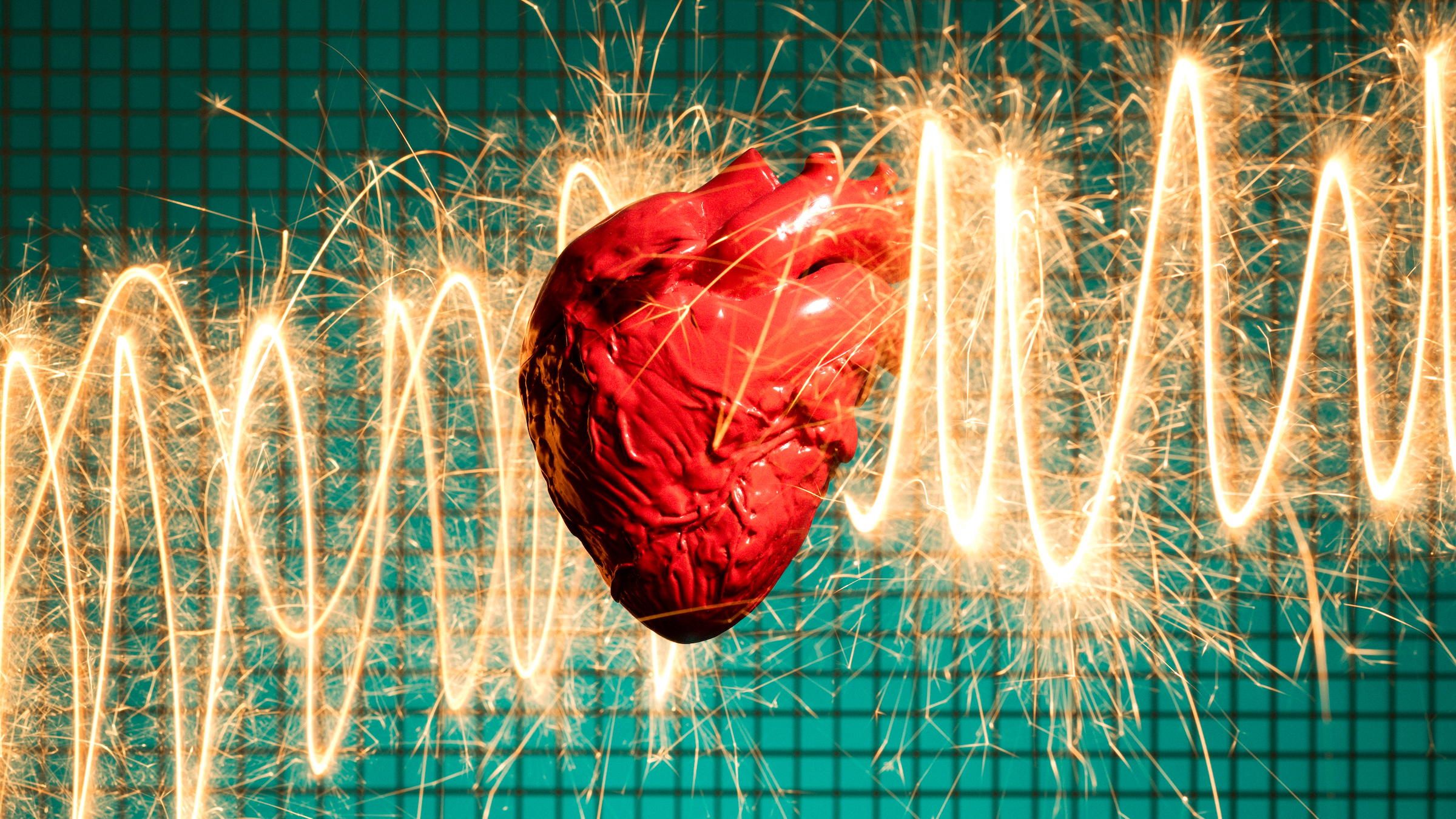 Every 40 seconds, someone in the U.S. has a heart attack, which amounts to about 805,000 heart attacks every year. Of course, this statistic applies only to humans. But what about other animals — do they also experience this debilitating and potentially deadly condition?

For the most part, other animals don’t get heart attacks — not even one of our closest living relatives, chimpanzees (Pan troglodytes). Nonhuman animals experience other cardiac problems, but as far as scientists know, heart attacks are rare in other creatures.

“In general, animals don’t naturally die from the typical heart attack that you see where you clog up the coronary arteries in humans,” Philip Gordts, an assistant professor who studies heart disease at the University of California, San Diego (UCSD), told Live Science.

What is a heart attack?

A heart attack occurs when a blood vessel distributing oxygenated blood to the heart gets blocked and a piece of heart tissue dies from oxygen deprivation, according to Flavio Fenton, a professor of physics at the Georgia Institute of Technology who studies the electrical aspects of both human and other animal species’ hearts. When a piece of the heart dies, it can’t contract and also fails to propagate the electrical wave that moves through the rest of the heart telling it to contract. That can cause the heart to stop, leading to death unless an intervention, such as CPR, is performed.

Although they could theoretically happen, for the most part, they don’t. For instance, heart attacks occur very rarely in dogs, according to Oakland Veterinary Referral Service, in Bloomfield Hills, Michigan. Not even chimpanzees in captivity, which are not only closely related to humans but also share similar risk factors for heart disease, such as physical inactivity and high cholesterol levels, have heart attacks, as UCSD husband and wife duo Dr. Nissi Varki and Dr. Ajit Varki pointed out in a 2009 paper in the journal Evolutionary Applications. Nor are rodents and rabbits prone to atherosclerosis, the buildup of fats, cholesterol and other substances on artery walls, according to the same paper. Even in rodents and rabbits that are genetically modified to have high cholesterol and blood lipids for the purpose of inducing atherosclerosis and other human diseases, actual heart attacks rarely occur, according to the 2009 paper.

Rather than asking why other animals don’t get heart attacks, it might make more sense to ask why humans do. You might think it has to do with our sedentary behavior and poor diet, and those factors certainly do play roles. Atherosclerosis is a leading cause of heart disease, and an unhealthy diet high in red meat and full-fat dairy products and a lack of exercise are risk factors for atherosclerosis, according to the Mayo Clinic.

Yet 15% of first-time heart attacks occur in people without any cardiac risk factors. Rather, humans may be particularly heart-attack-prone because of a mutation that’s unique to humans. This mutation prevents us from making a particular sugar molecule called Neu5Gc, as Gordts, the Varkis and colleagues reported in a 2019 study published in the journal Proceedings of the National Academy of Sciences (PNAS).

In humans, this mutation inactivates a gene (CMAH) that’s responsible for making the Neu5Gc sugar, according to the PNAS study. When the researchers inactivated that same gene in mice that were genetically modified to have high cholesterol and develop atherosclerosis, the mice developed atherosclerosis at twice the severity of mice with a functioning version of the gene. (However, the mice did not actually have heart attacks, Gordts said.) More broadly, this mutation could explain why humans are prone to atherosclerosis and heart attacks while other mammals are not, the authors suggested in their paper.

Despite reports that other animals mostly don’t have heart attacks, the truth is that there haven’t been a lot of experiments investigating this question.

“There’s very little [in the scientific literature] about heart attacks in anything that’s not mammalian,” Tomasz Owerkowicz, a comparative vertebrate physiologist at California State University, San Bernardino, told Live Science. “You can observe [that] an animal has suddenly died. But very rarely would you actually perform the autopsy and look for blockages in the coronary arteries. We just don’t know whether other animals suffer heart attacks.”

But based on heart structure, researchers can make predictions about which vertebrates (animals with backbones) are most likely to have heart attacks. Mammalian and bird hearts have just one source of oxygen, the coronary arteries, according to Owerkowicz. These branch into smaller arterioles and capillaries, where heart muscle cells pick up oxygen and discard carbon dioxide. In the mammalian heart, “the only way you can get the blood and the oxygen everywhere inside the heart is through the vessels,” Fenton said. This is also thought to be true for birds, Owerkowicz noted. For that reason, if a coronary artery is blocked in a bird or mammal, the heart loses its oxygen supply and the creature is likely to have a heart attack, Owerkowicz said.

The hearts of some nonmammalian vertebrates have a slightly different system that may protect them from heart attacks, according to Owerkowicz; in addition to blood vessels and capillaries supplying oxygen, they have spongy heart tissue, which allows oxygenated blood within the heart’s chambers to travel deep into the walls of the heart, like water moving into the air pockets of a sponge. Because the blood penetrates so deep within the heart tissue, oxygen can diffuse straight from the blood into heart cells. This doesn’t happen in birds and mammals because the walls of their hearts are more compact, Owerkowicz said.

—What’s the difference between alligators and crocodiles?

Even if a coronary artery is blocked, a spongy-hearted vertebrate may avoid a heart attack thanks to this back-up system of oxygen diffusion, Owerkowicz said. Because spongy-hearted vertebrates have a back-up source of oxygen and birds and mammals don’t, researchers believe that the former are much less likely to get heart attacks, Owerkowicz said.

Owerkowicz and Fenton are collaborating on experiments on heart attacks on one such spongy-hearted critter, the alligator. 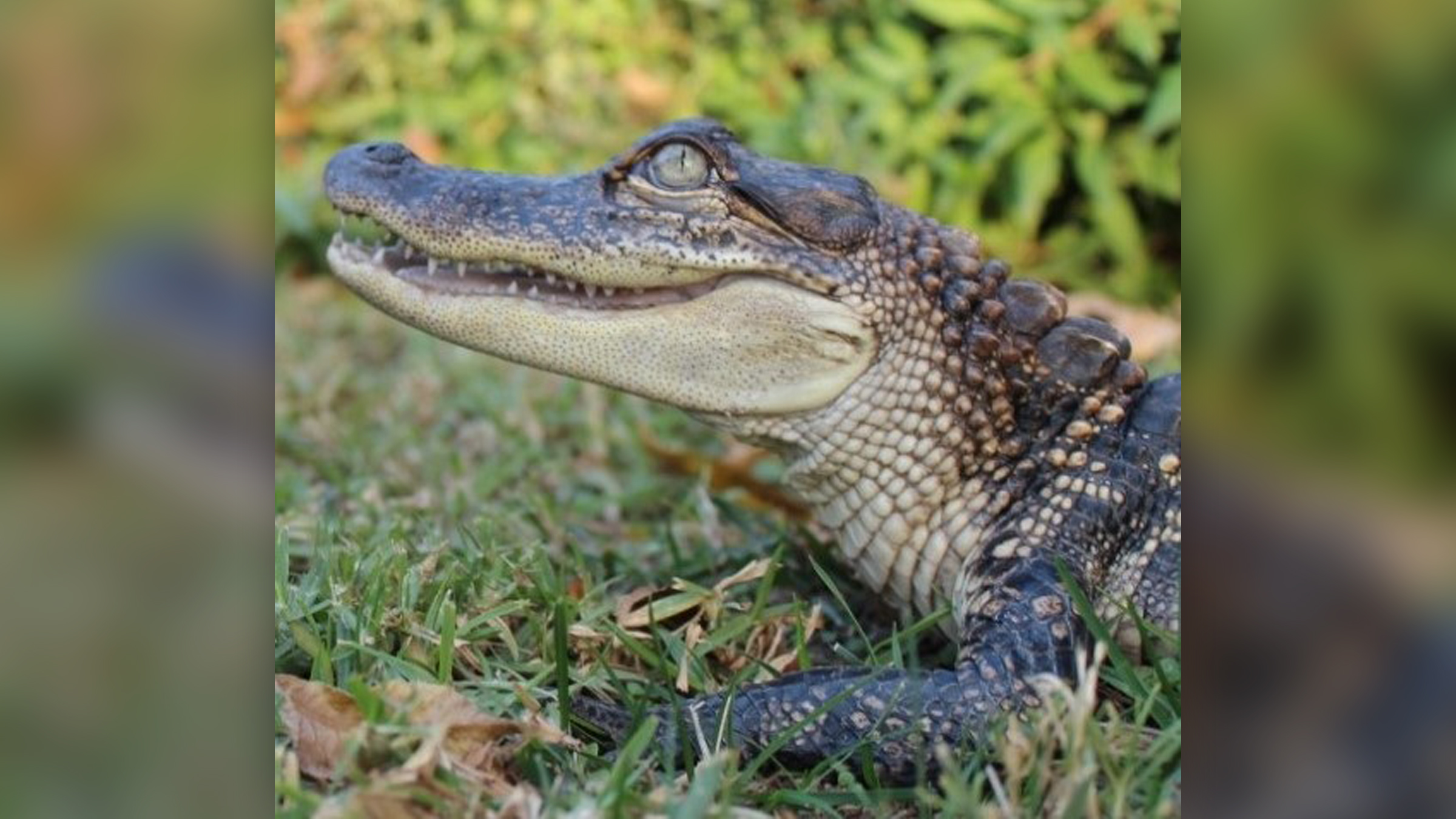 “In an alligator heart, you have the vessels; but also, because it’s spongy, there’s a lot of blood around it, not necessarily coming from the vessels. There’s some perfusion of the tissue from the blood surrounding the structure,” Fenton said.

According to the researchers’ experiments so far, alligators don’t have heart attacks. Owerkowicz said he tied off a coronary artery in an alligator, but doing so didn’t result in any health problems for the animal. “Even when the animal was exercised, its heart worked just fine. I assume it’s because alligator ventricles [the lower two chambers of the heart] are very spongy,” Owerkowicz said. An autopsy showed the alligator heart tissue had no signs of cell death, he added.

Climate may have sent drift of the North Pole toward…

Who zip tied a cat’s neck, leaving injuries so bad the…