Elephant Trunks: Is There Anything They Can’t Do? 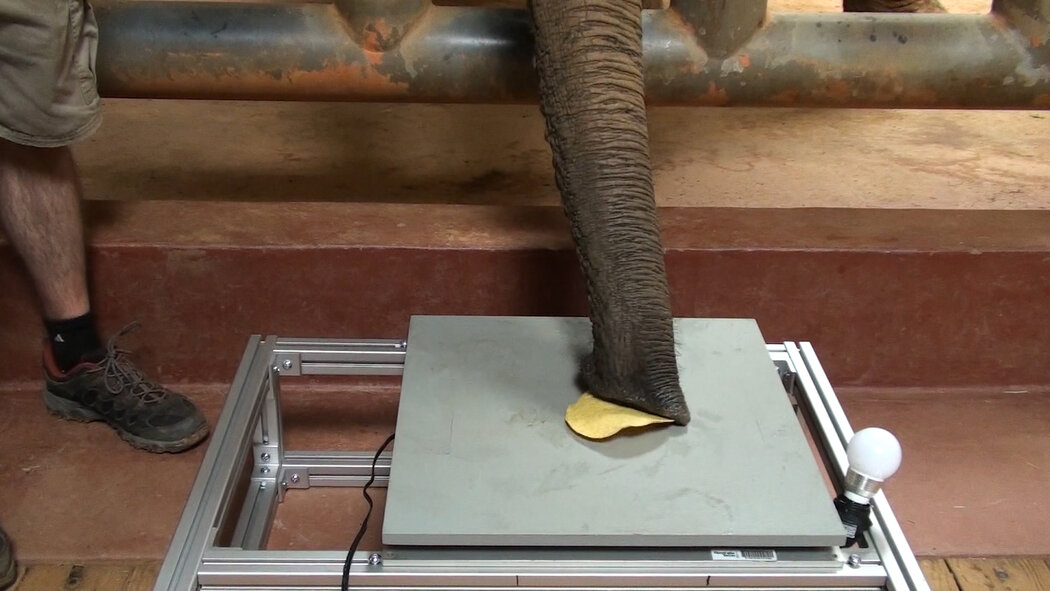 An elephant’s trunk is a marvel of biology. Devoid of any joints or bone, the trunk is an appendage made of pure muscle that is capable of both uprooting trees and gingerly plucking individual leaves and also boasts a sense of smell more powerful than a bomb-sniffing dog’s.

Elephants use their trunks in a variety of ways. They use it to drink, store and spray water, and they also blow air through it to communicate — their 110-decibel bellows can be heard for miles.

“It’s like a muscular multitool,” said Andrew Schulz, a mechanical engineering doctoral student at the Georgia Institute of Technology.

In a study published Wednesday in The Journal of the Royal Society Interface, Mr. Schulz and his colleagues reported on how elephants can use their trunks for yet another function: applying suction to grab food, a behavior previously thought to be exclusive to fishes.

Despite the ubiquity of elephants in children’s books and nature documentaries, there are numerous gaps in scientific knowledge about the biomechanics of their trunks that the new study helps fill. For example, the most recent detailed account of elephant trunk anatomy is a hand-drawn monograph that was published in 1908, Mr. Schulz said.

Contrary to popular belief, the trunk does not act like a straw.

“What they do is actually drink water into their trunk and they store it,” Mr. Schulz said. “So the elephant trunk is actually like a trunk.” 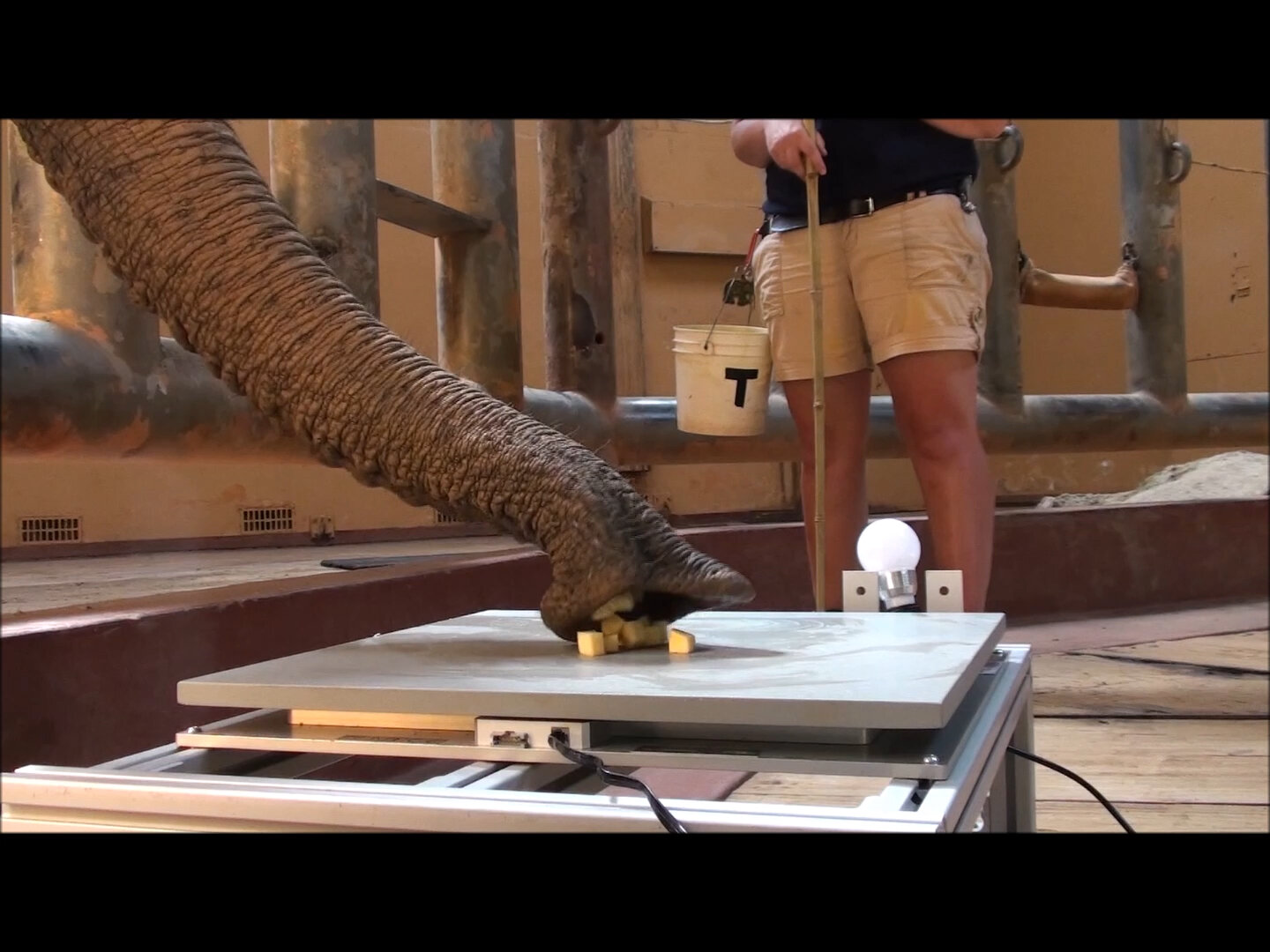 Mr. Schulz completed his research in the lab of David Hu, which studies how animals move and function with an eye toward applying the discoveries toward human engineering problems. He said one reason elephants’ anatomy is poorly understood is because they are difficult to work with.

“They’re really strong; a lot of people underestimate their strength,” he said. “And we’ve done experiments at the zoo where they’ve literally broken our setups.”

Working closely with keepers at Zoo Atlanta, the researchers videotaped how Kelly, a 34-year-old female African elephant weighing over 7,400 pounds, grabbed different types of food. When presented with many small rutabaga cubes, the elephant inhaled air through her trunk for suction to pick them up. But if the rutabaga cubes were larger, or few in number, Kelly instead preferred to use her trunk’s two opposable “fingers” to grab them. The elephant also used her trunk’s fingers to grab at piles of bran, presumably to avoid inhaling the fine grains.

Suction feeding was necessary, however, when Kelly faced the most challenging food item the researchers set on the table: a single tortilla chip.

Though the tortilla chip was thin, fragile and hard to grasp on a smooth surface, Kelly was able to use suction to lift and grab the chip without breaking it.

The secret to the elephant’s sucking power seems to reside in its large nostrils and specialized respiratory system. Using a noninvasive ultrasound probe, the researchers found that the elephant could dilate its nostrils and increase its nasal volume by an impressive 64 percent while sucking up water thickened with bran and was able to store nearly six quarts of fluid in its trunk. After measuring how quickly the elephant could use its trunk to suck up water, the researchers calculated that elephant noses could inhale at speeds exceeding 490 feet per second, or almost 30 times as fast as humans can sneeze out of ours.

While fish have such abilities to use suction, Mr. Schulz said that the elephant seems to be the only animal on land that has “mastered using fluid manipulation, both underwater and above water.” 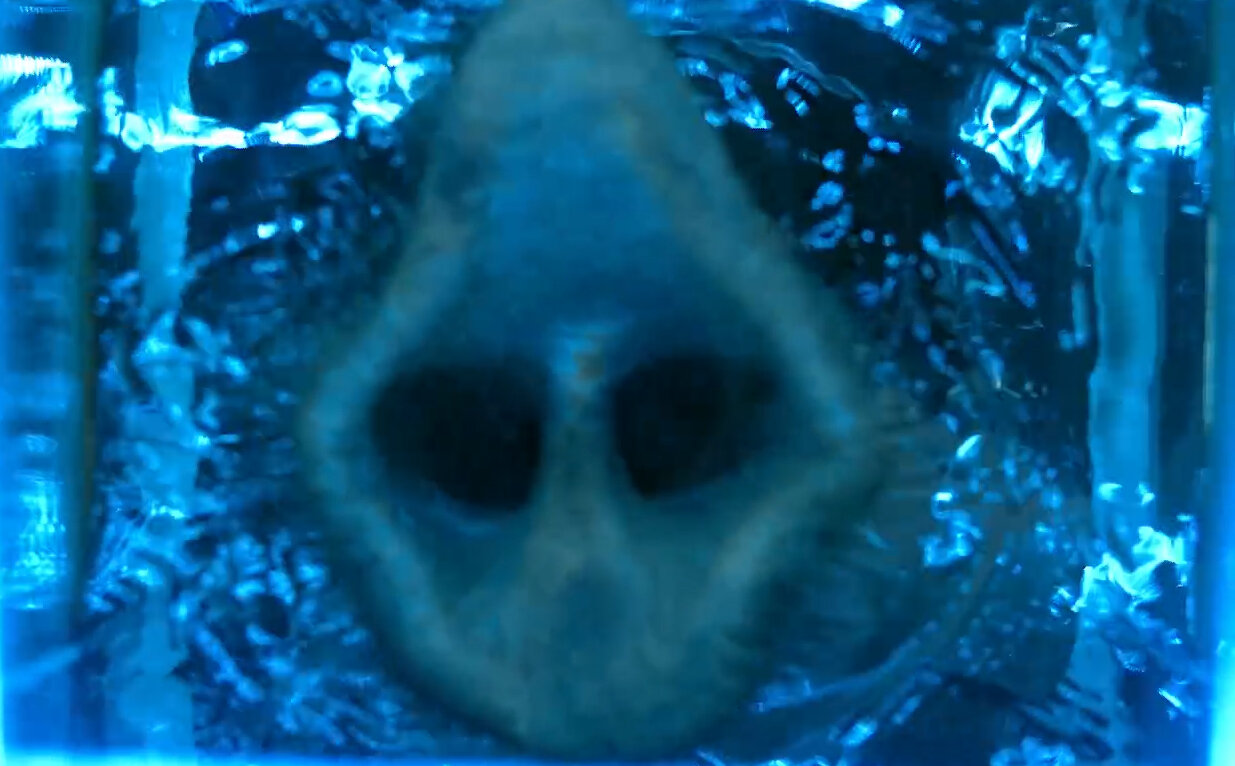 Michael Garstang, an emeritus professor at the University of Virginia and the author of “Elephant Sense and Sensibility: Behavior and Cognition,” noted that it was not clear whether elephants in the wild would naturally use suction feeding.

For instance, elephants use their trunks to store emergency supplies of water for both drinking and cooling.

“So, you don’t want to fill that with dust. And nor do you want to fill it with leaves and things,” Dr. Garstang said. African elephants also eat more than 440 pounds of vegetation every day by grabbing bunches of leaves at a time before stuffing them in their mouth, which would be more efficient than handing individual leaves.

Still, he said the new study could have useful technological applications for improving robotics. Animal appendages like elephant trunks and octopus arms have already inspired innovations in soft robotics, a nascent field that hinges on designs of jointless flexibility. This research shows how elephants “move both air and water to help manipulate different objects,” which is a feat that robots still have difficulty performing, Mr. Schulz said.

More detailed studies of elephant biology like this one could also improve conservation efforts for the two species of African elephants, which are at risk of forever vanishing from the wild because of habitat loss and poaching. Savanna elephants are now endangered, while forest elephants are critically endangered, with their numbers having dropped by more than 86 percent over the past three decades. Many injuries to elephants from poachers and their traps involve the trunk, so better understanding it could help wounded animals recover.

Climate may have sent drift of the North Pole toward Greenland

What beached whales can teach us about antibiotic resistance

Chinese students to have 2 hrs of daily physical activity

As England’s Deer Population Explodes, Some Propose a Mass…