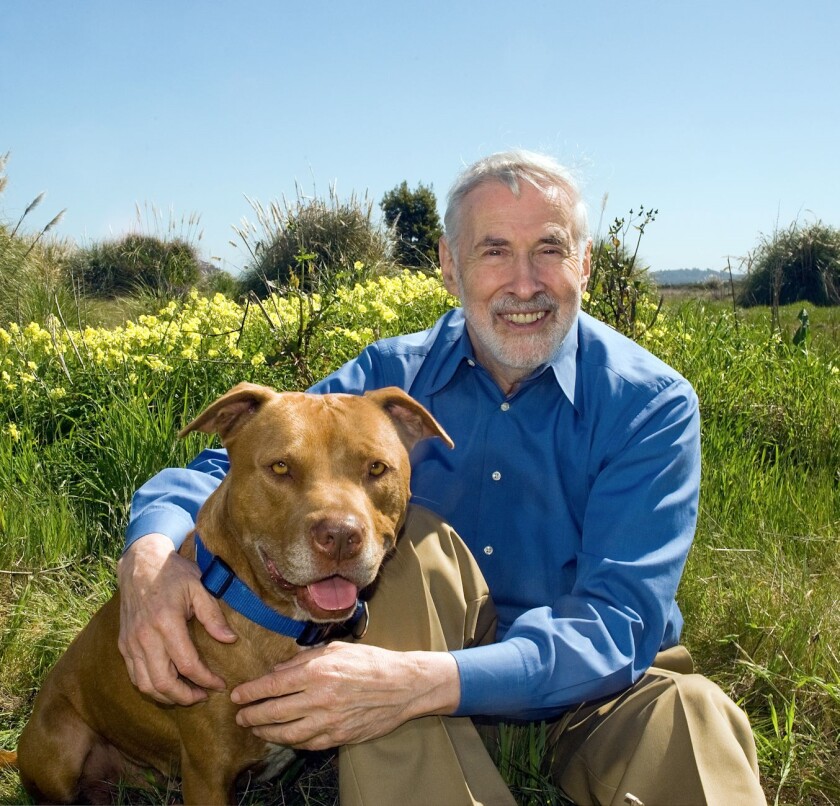 Dr. Elliot Katz, a fierce animal rights activist and veterinarian who helped shape the modern movement with his advocacy group In Defense of Animals, has died at 86.

Katz died at his home in Corte Madera in Marin County on March 24 after a year of declining health related to two surgeries, according to his daughter, Danielle Katz.

A fervent love of animals and unwavering moral compass won Katz both admirers, including the well-known chimpanzee expert Dr. Jane Goodall, and critics, ruffling fur and feathers along the way.

The New York native filed numerous lawsuits and was arrested 37 times for civil disobedience during his decades of activism. One of the first to practice nonviolent organized resistance on behalf of animals, Katz saw it as “a powerful tool to speak up for animals,” according to his daughter, who followed in his footsteps and now works for PETA.

“He was strong in his beliefs until the very end,” Danielle Katz said. “He planted a lot of seeds and set the stage for victories to happen for animals later.”

Born in 1934, in the wake of the Great Depression, Katz’s drive to help animals began when he was young.

As a child, Katz and his father teamed up to rescue abandoned and lost dogs on the sandy beaches of Long Island. After storms, he’d save starfish and other creatures that washed ashore. 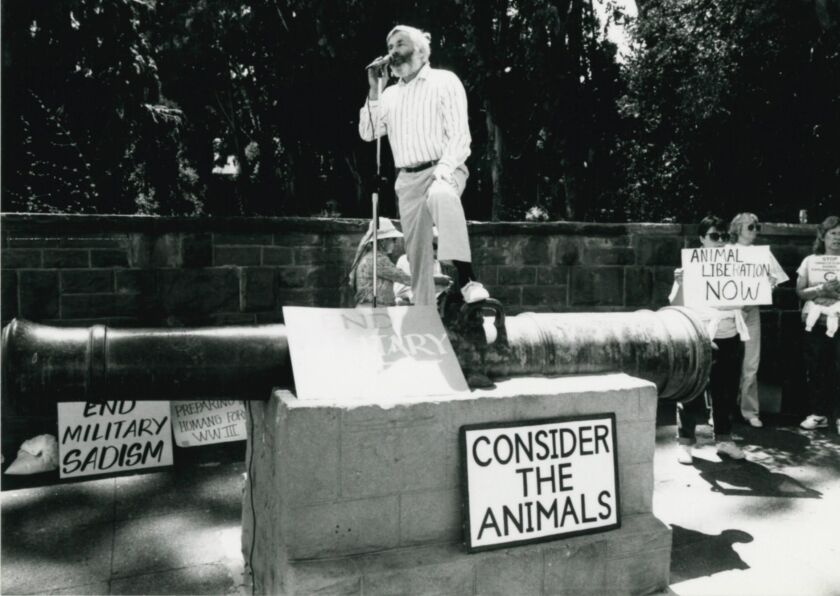 Elliot Katz campaigning against animal experiments by the military.(Family photo)

He was nearly thrown out of Cornell University’s veterinary school for refusing to perform practice surgeries on live dogs. But sticking to his guns, Katz prevailed on his terms.

After a stint as a practicing vet in New York, Katz moved to the Big Sur area of California. In the Bay Area, where he would remain a resident for four decades, he threw himself into the work that would define his career.

A pivotal moment arrived in 1983, when Katz filed a lawsuit against the U.S. Department of Agriculture after learning that researchers at UC Berkeley were reportedly performing surgeries on animals without proper sterilization and keeping them in overcrowded cages.

As a result of the suit, the USDA filed a cease-and-desist order against the university, which was ultimately fined $12,000 for violating the Animal Welfare Act.

Motivated by the win, Katz quickly founded In Defense of Animals, an advocacy group that remains active today with national and international operations. Some of the organization’s biggest victories involved animal research practices, the group’s initial focus and an area Katz knew well.

“As a veterinarian, I’d been trained to help animals, to relieve their pain,” Katz once said, describing what prompted him to start the advocacy group. “I had been taught not to stand by or turn my back while animals suffer and die, certainly not to purposely burn them or beat them, poison them or starve them, blind them or electrocute them, addict or infect them.”

Through the years, the organization took on big universities — as well as the U.S. Army — working to spare scores of dogs, cats and monkeys from what members said were cruel experiments.

Years-long campaigning by the group also helped prompt the closure of the Coulston Foundation, a large New Mexico lab that tested drugs and medical devices on chimpanzees and monkeys.

The closure won Katz acclaim from Goodall, a source of inspiration for Katz.

With Katz’s death “animals have lost a true friend and defender,” Goodall said during a recent virtual memorial for Katz, during which she described him as a “trailblazer” who spearheaded a movement as animal abuse was just coming to light. She added that “he liked being arrested,” since it drew attention to the cause.

Armed with an infectious smile, Katz exuded charisma. But he could become caustic with those with whom he disagreed, said Doll Stanley, a co-founding member of In Defense of Animals. Katz “had a razor edge, and he had a soft side to him — that all of his friends got to know,” Stanley said.

At home, Katz was a loving, devoted father who instilled a respect for the humblest of creatures, his daughter said. When she was young, he brought home a rat named Ginger. Bonding with an animal that some might not appreciate, she said, “was such a profound moment for me.”

Besides Danielle, Katz is survived by another daughter, Raquel, three grandchildren and a brother.