Explainer: What are cicadas?

The periodical variety emerge every 13 or 17 years for a brief, loud party 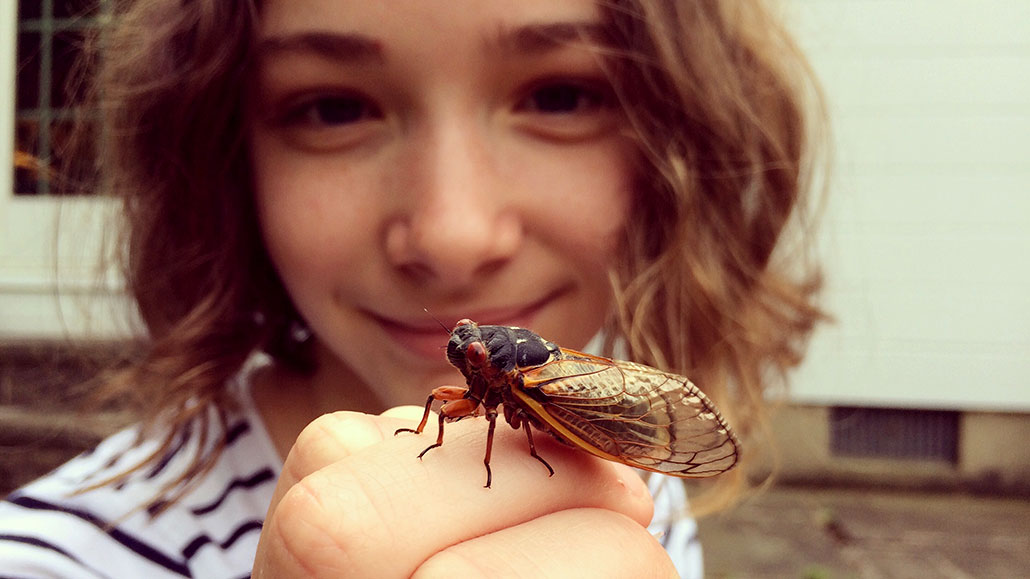 Those who live in many parts of the eastern United States will experience an odd phenomenon every 13 or 17 years. Depending on where you live, insects called cicadas emerge from the ground in huge numbers. But don’t worry. They don’t hurt people or pets. They’re just here to party.

It’s one of the loudest insect parties you’ll ever see — or hear. When large numbers of the adult insects convene, the collective noise made by males can approach 90 decibels. That’s about the same as a gas-powered lawn mower.

Explainer: Insects, arachnids and other arthropods

“Where the cicadas emerge, it will be spectacular,” Michael Raupp told Science News for Students in 2013. He’s an entomologist at the University of Maryland in College Park. Across some small areas, cicada concentrations may approach 1 trillion insects per square mile. That’s like having nearly 4 million cicadas emerge from a patch of ground the size of your bedroom floor (but not all at once, of course).

There are more than 3,000 species of these insects. The best-known species in North America are periodical cicadas. These 5-centimeter- (2-inch-) long insects typically emerge from the ground once every 13 or 17 years. There are 15 different cicada broods, which emerge in a specific region of the country and are identified by a Roman numeral. The 2021 group, a 17-year variety, is called “Brood X.” 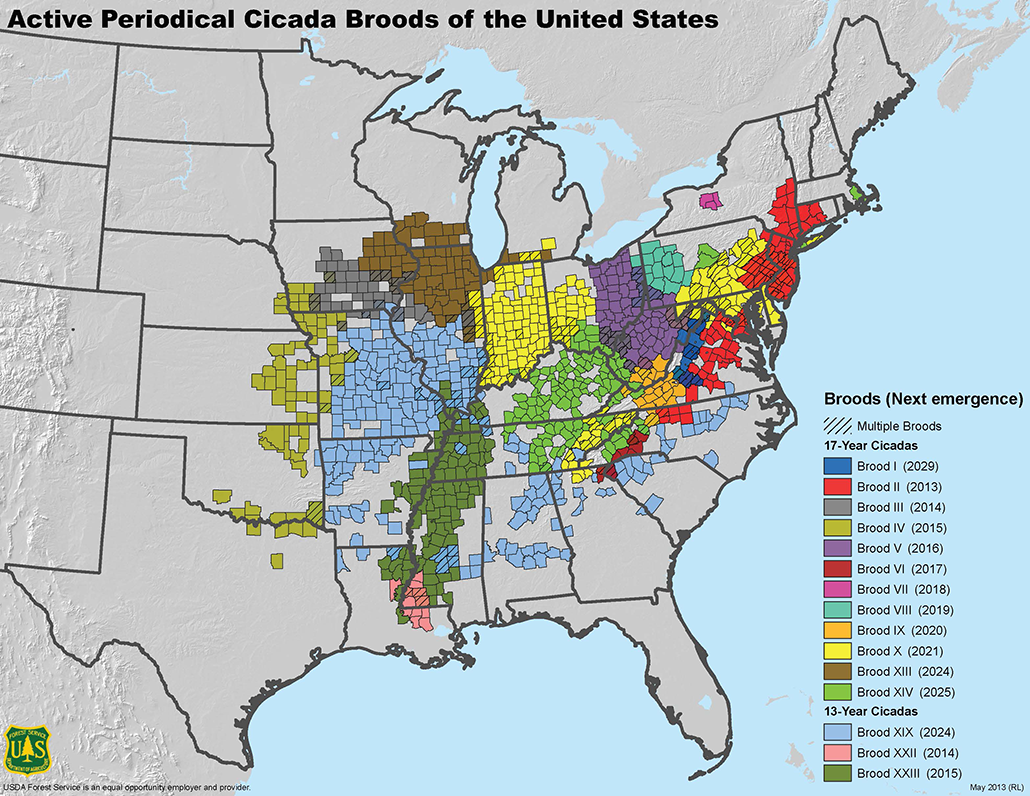 Periodical cicadas spend more than 99 percent of their life underground. There, they slurp nutrient-rich fluids from the roots of certain trees and shrubs. These underground young are known as nymphs. This immature stage resembles adults.

While latched onto roots, nymphs track the passage of time by noticing chemical changes in their meals. Early in the final springtime of their lives, the nymphs burrow escape tunnels to the surface. Then each insect will return to root level until the soil temperature reaches roughly 64° Fahrenheit (about 18° Celsius). At that point, the nymphs will surface again, climb out and promptly ascend the nearest tall object. There each molts one last time, becoming an adult.

“You see the insects in a mad, desperate dash for the trees so they can survive and mate,” Raupp said. “Birds and squirrels will be eating them. It’s life. It’s death. It’s romance. It’s a massive display of Mother Nature’s wonder — in my opinion, at its best.”

Adult cicadas live for only two to four weeks. During that brief time, they mate and then the females lay eggs in the tender young branches of trees. Those eggs hatch after a few weeks. The young drop to the ground. At once, each tiny nymph begins burrowing down to find plant roots to feed on.

You might think that large numbers of parasites slurping nutrients from the roots of trees and shrubs for an extended period would harm plants. And Raupp said, “It’s a wonder that we don’t see more damage.” But to date, research has not shown that the underground activities of cicadas cause significant damage to their hosts.

Overall, in fact, cicadas probably help the environment, not hurt it. Their burrowing churns up the ground, loosening the soil, noted Raupp. That not only helps air reach plant roots but also helps water percolate deeply.

Big and noisy, cicadas frighten especially squeamish people. “But chill out,” Raupp cautioned. Learn as much about them as you can. People should realize that they aren’t going to harm children or pets.

COVID-19 vaccine is now available in L.A. County without…

There is ample evidence that fish feel pain

The growing influence of Islamists in Bangladesh: Report