These sensory cells process information and move it, allowing you to do everything you do 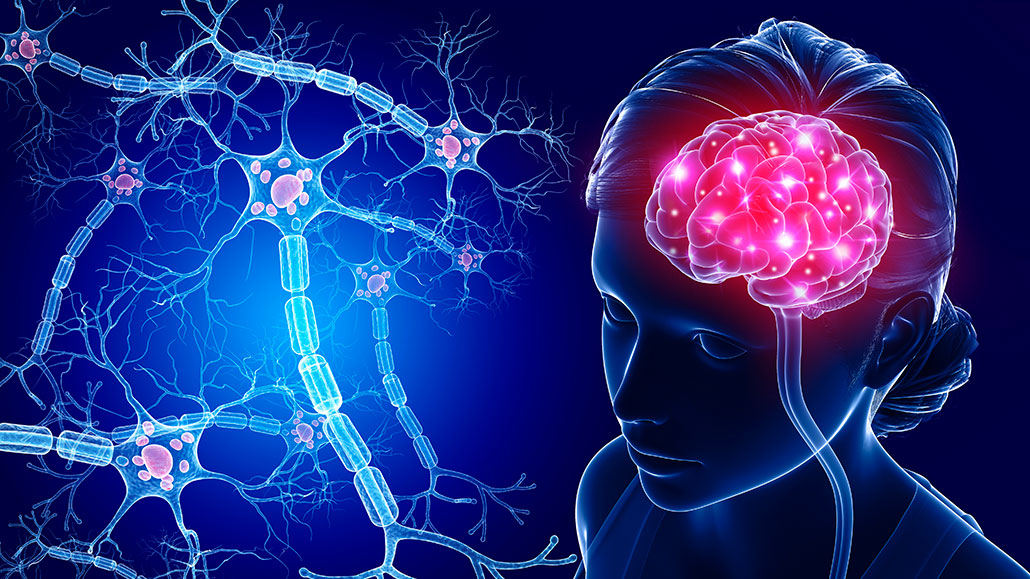 It’s morning. As you sit up in bed, your feet touch the cold floor, so you lift them and put on your socks. In the kitchen, you watch the cereal pour from the box and hear it ping against the bowl. You tip in a stream of milk — carefully — because you spilled it yesterday. All of these experiences are possible because of cells in your brain, called neurons. These cells are dedicated to sensing information in the world around you, then helping you respond to it and learn.

This family of cells send messages to each other, day and night. Along the way, they sense information. They tell other cells what to do. And they remember and respond to what you have learned.

Explainer: What is neurotransmission?

For instance, the smell of burning bread will trigger sensory neurons to send a message to your brain. This neurotransmission then informs motor neurons in your legs and arm muscles to run to the toaster and pop up the smoking toast. Next time you use the appliance, you remember to turn down the heat, because some specialized neurons in your brain have connected to other neurons dedicated to memory.

Sensory and motor neurons are two different classes of neurons. Within these classes are hundreds of different types, each built differently to do a specific job. How all these neurons connect to each other changes from one person to another. That’s what makes each of us unique in how we think, feel and act.

What makes these cells special

Neurons have all of the basic features of animal cells. For instance, they have a nucleus and an outer membrane. But unlike other cells, they also have branching hair-like structures called dendrites. These catch chemical messages from other cells. The dendrites send each impulse to the main part of the cell. It’s known as the cell body. From there, the signal moves along a long thin section of the cell called the axon. This electrical impulse is made by waves of charged particles weaving in and out of the cell membrane, rippling the signal along. Some axons have fatty rings of myelin (MY-eh-lin) on them, lined up like beads on a string. When the neurons are myelinated, the message will bounce along much faster.

The message leaves an axon through finger-like terminals at the end. Chemicals released out of the cell here will then be picked up by the dendrites on a neighboring cell. The area from one cell’s terminals, across the gap between cells and on to the next cell’s dendrites is known as a synapse (SIH-napse). Messages pass between one cell and onto the next by floating across the space between — a gap called the synaptic cleft. This tiny space between the two cells is filled with fluid. In the next neuron, the chemical signals enter molecules called receptors like a key into a lock.

Anatomy of a Neuron

Dendrites branch out from the head (cell body) of a neuron. They receive chemicals which serve as a message. When one arrives, it moves into the cell body. From there, it travels as an electrical impulse down the axon to its terminals. Those terminals will release packets of chemical messengers, passing on the signal to a neighboring neuron’s dendrites. 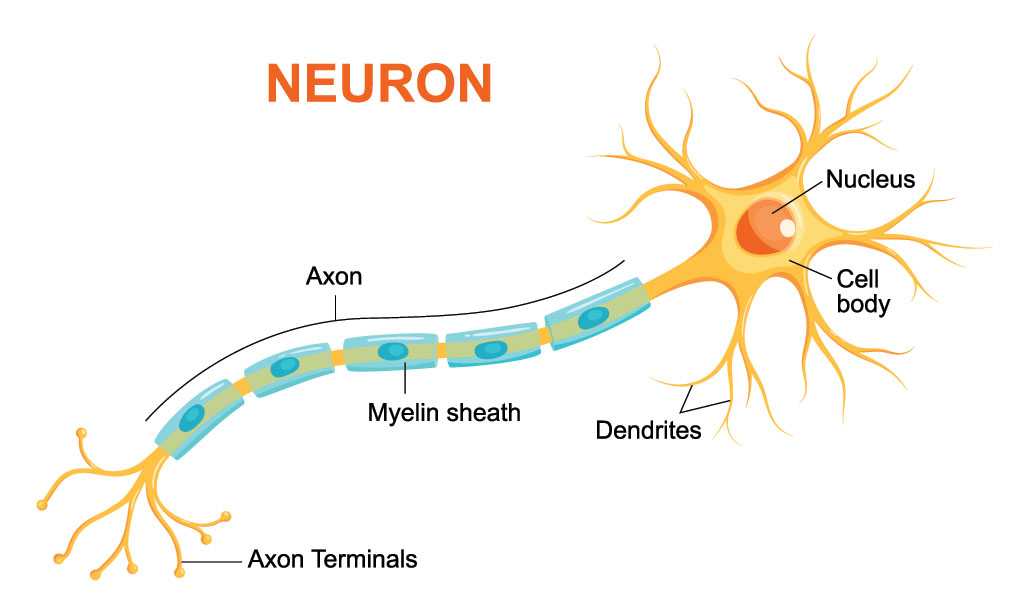 Neurons in your brain relay messages across synapses and on through chains and webs of additional cells. They transmit messages in much the same way that data move from computer to computer through the internet.

Scientists who study the brain — neuroscientists – work to understand the connections and messaging between neurons. They use wires and magnets outside or inside the body to measure signals that pass through nerve cells. This works because the messages are ions, molecules with positive and negative electrical charges. The fluid inside and between all those neurons is made of these charged chemicals.

Neighboring neurons may not always be close by. In the body, a single nerve cell can extend a pretty long axon — up to the length of your leg. Your brain and spinal cord, however, are masses of branching networks of small neurons. They have the support of other cells called glia. Glial cells protect, support, feed and do cleanup for the neurons. Think of them as the support crew for neurons.

Many cells in your body are replaced daily, such as stomach and skin cells. But neurons live a long time. In many cases, they are as old as you are. Scientists are still figuring out when and where neurons first appear as your body develops. They know they form from areas in the body rich with super-powered cells, called stem cells. After neurons develop, they travel to different positions and start connecting to form networks.

Photos: Here’s what Yosemite looks like one year after the animals took over

Did a Cuttlefish Write This?

Breathing Through the Rectum Saves Oxygen-Starved Mice and…

What if we could cut out cancer genes?