‘Fin’ Review: Eli Roth Wants to Save the Sharks 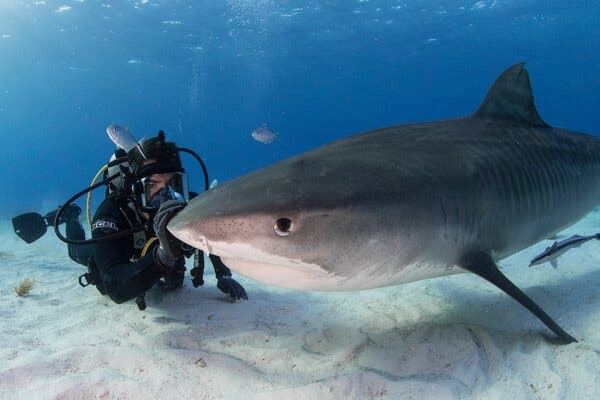 A still from “Fin,” a documentary from Eli Roth.Joe Romeiro/Discovery+

When you purchase a ticket for an independently reviewed film through our site, we earn an affiliate commission.

Eli Roth really, really loves sharks. That’s the newest information available in his first feature documentary, “Fin,” a screed against shark fishing that borrows its most galling stats and images primarily from other places and fills in the gaps with footage of Roth being upset.

There is little here that was not already tackled in Rob Stewart’s 2007 documentary “Sharkwater,” nor in the more recent, less artful “Seaspiracy.” Though where Stewart painstakingly explained the beauty, intelligence and importance of sharks, Roth would rather that we love these animals simply because he does. This presents a challenge for anyone prone to find Roth, the director of exploitative horror films like “Hostel” and “The Green Inferno,” unsympathetic.

The fishing practices shown in “Fin” are harming our oceans, to be sure, but Roth seems more comfortable painting East Asian people as savages for eating shark fin soup than he does explaining marine biology. (He spends a good half of this documentary doing the former, and very little time on the latter.) In one scene, as he sits down to try the delicacy, he compares what he is about to do with his own film, the cannibal horror movie “The Green Inferno,” in which a cartoonish Amazonian tribe butchers a group of American college students.

There are passionate, knowledgeable experts at the margins of this film: ecologists, activists and divers. Why Roth had to be its focal point is anybody’s guess.

Charlie went to the groomer for a bath and a trim. Within hours, he was dead

The lion in the London black cab: the remarkable story of Singh, and the boy who loved him

This architect is trying to save cougars from becoming…

New Research Uncovers When to Release Free and Paid Apps to…