Florida airport monkeys are the descendants of zoo escapees 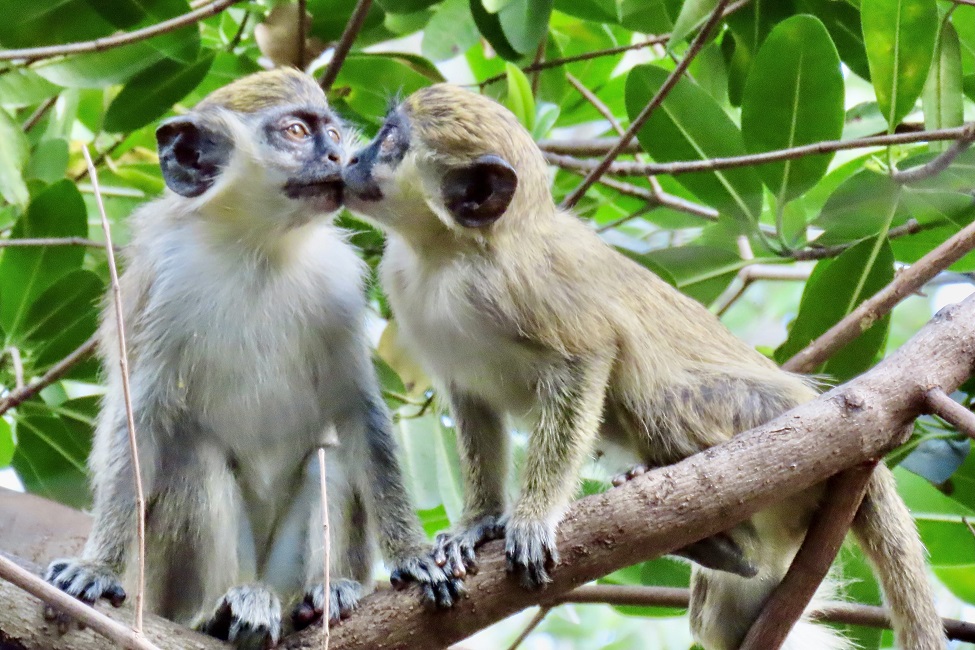 Much-beloved wild African monkeys that live near the Fort Lauderdale airport are the descendants of a bunch of zoo escapees from 1948.

Local lore long held that the monkeys (Chlorocebus sabaeus) may have descended from a failed private zoo, but a new genetic study and historical deep dive into the region’s history now confirm that the monkeys’ ancestors came from the Darnia Chimpanzee Farm, which shut down in 1956. The private zoo imported monkeys for use in animal research and also acted as a roadside attraction, complete with alligator wrestling.

Researchers led by Deborah “Missy” Williams, a biologist at Florida Atlantic University, are currently working to conserve the small population of escapee descendants, 36 in all, that live near the Fort Lauderdale-Hollywood International Airport and nearby Dania Beach. Williams and her colleagues created a database of all 36 monkeys’ appearances and conducted a genetic analysis to determine where the ancestors of the animals came from. Historical records suggested that Darnia Chimpanzee Farm imported its monkeys from Sierra Leone.

A genetic analysis of two fragments of DNA from the male monkeys’ Y chromosomes and one fragment of mitochondrial DNA, which is passed down only through the maternal line, revealed that the monkeys are green monkeys, so named because of the greenish tinge to their mostly brown fur. Green monkeys are closely related to vervet monkeys, and sometimes the times are used interchangeably. The Florida monkeys’ ancestors hailed from western Africa, the researchers reported May 8 in the journal Primates.

The monkeys are also known for their golden-tipped tales and, in males, blue scrota.

South Florida is also home to introduced populations of two other monkey species: rhesus macaques (Macaca mulatta) and squirrel monkeys (Saimiri sciureus). The vervet monkeys live near the airport Park ‘N Go, where they rarely cause trouble, the parking lot manager told Local10 News in January. But the monkeys do occasionally rifle through cars with open windows, looking for snacks. The species is very adaptable, Kate Detwiler, the study’s senior author and an anthropologist at Florida Atlantic University, said in a statement.

“Data from our study lays the groundwork for future studies to address new questions about the status of the population and how the monkeys have adapted to the urban and industrial environment of South Florida,” Detwiler said. “The correct taxonomic identification and history of the introduced Dania Beach monkeys is important for community outreach and wildlife management, given the remarkable ability for Chlorocebus to thrive in most environments.”

Press play for Petflix: boom in gadgets for pandemic puppies…