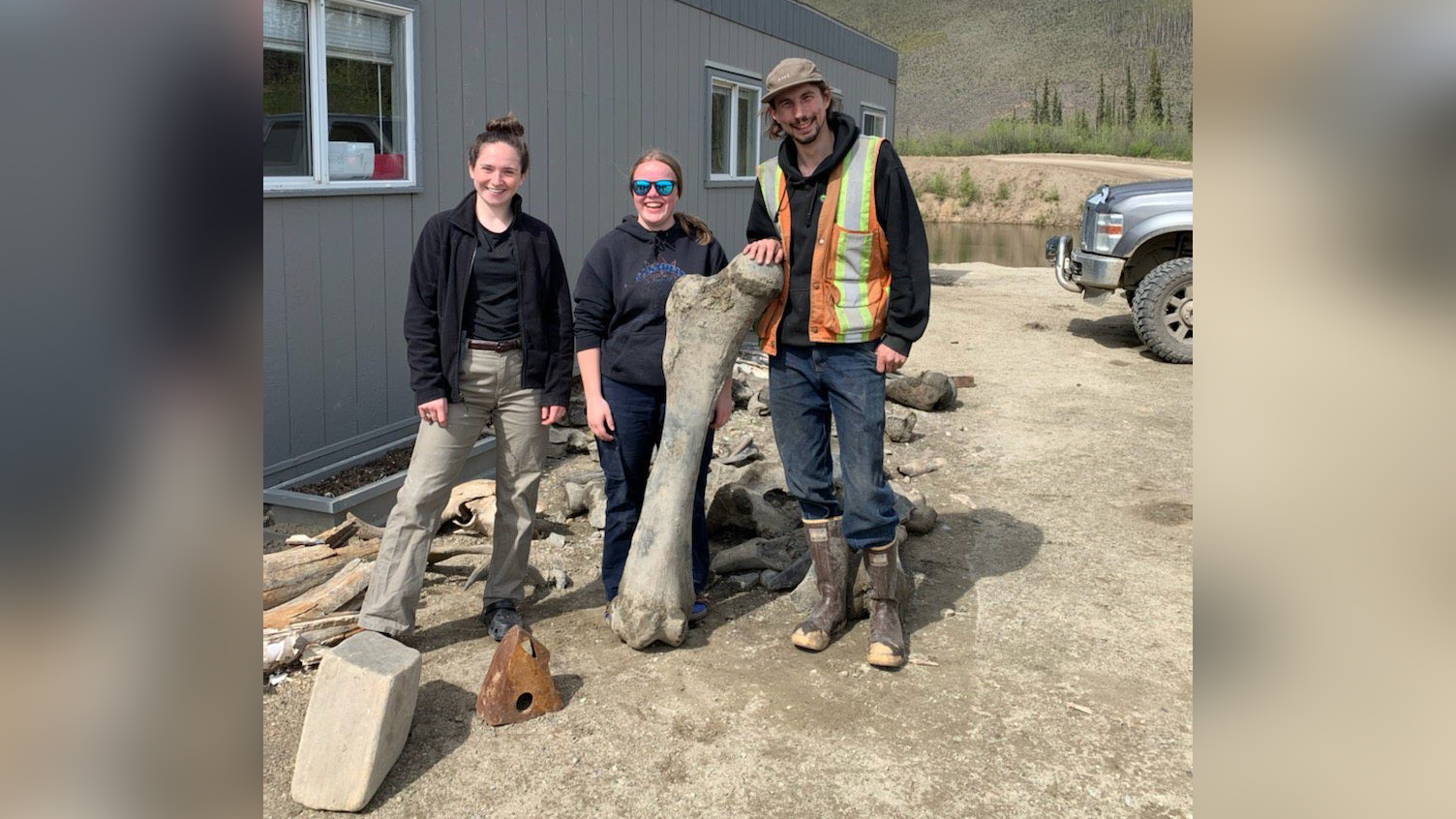 Gold miners have discovered three partial  skeletons of three woolly mammoths, which may have been part of the same family, at Little Flake Mine near Dawson City, Yukon, in Canada.

Some of the bones are still articulated (connected) with each other, Zazula told Live Science in an email. The way the bones were found suggests “that these three mammoths were probably living together and died together very close to where the fossil bones were found,” Zazula added. Even if they weren’t family members, they may have been part of a larger herd, he said. 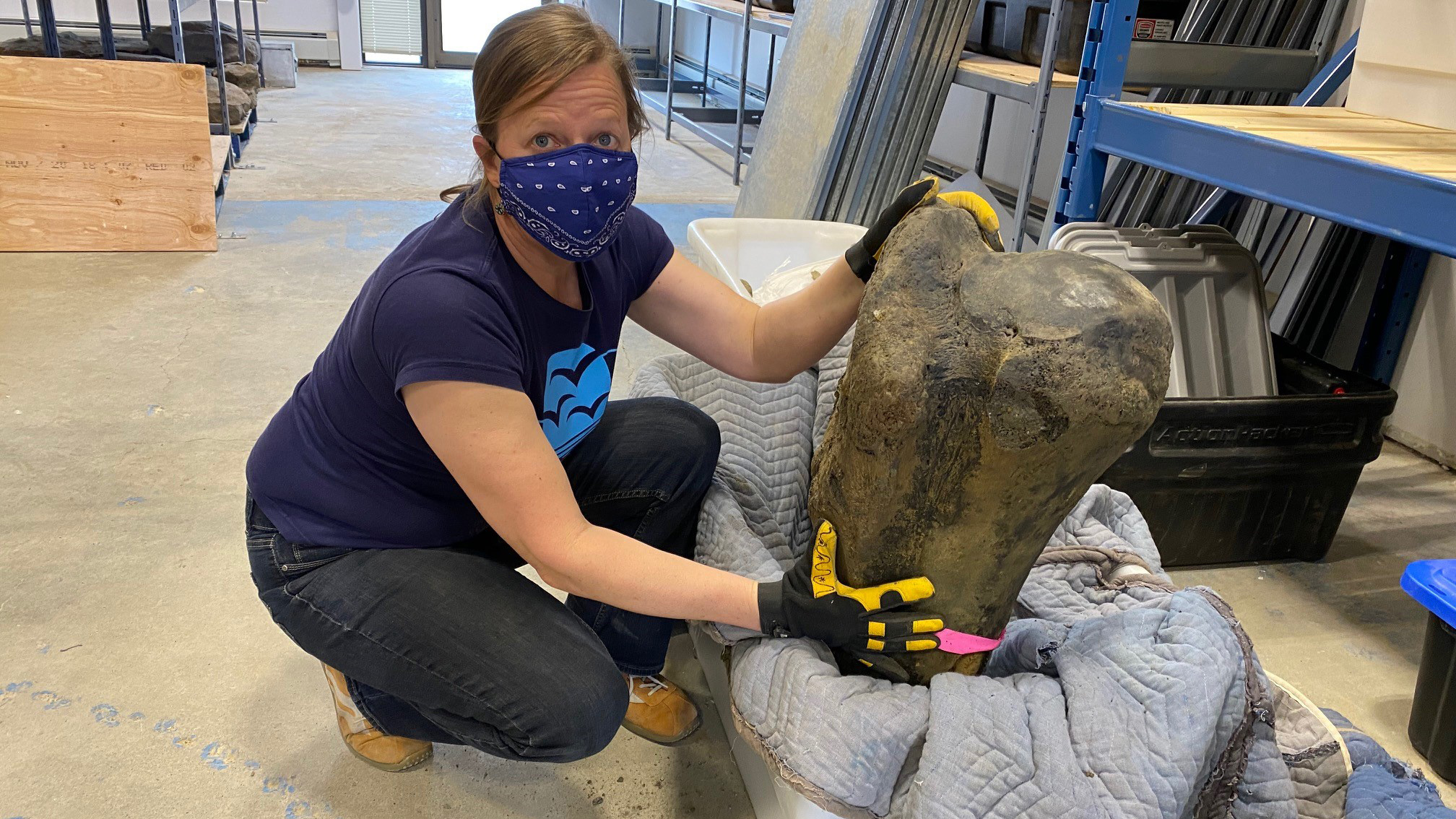 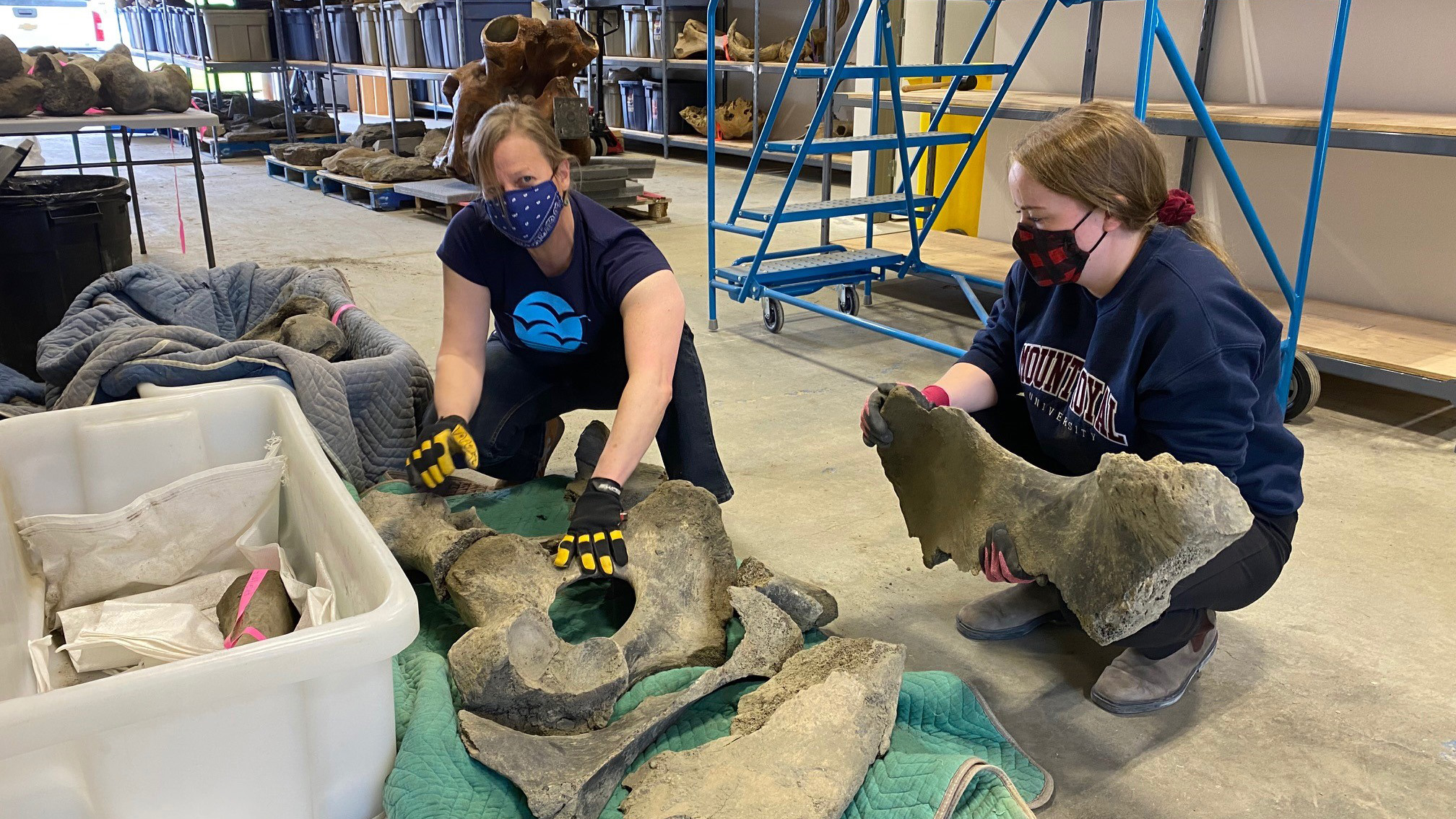 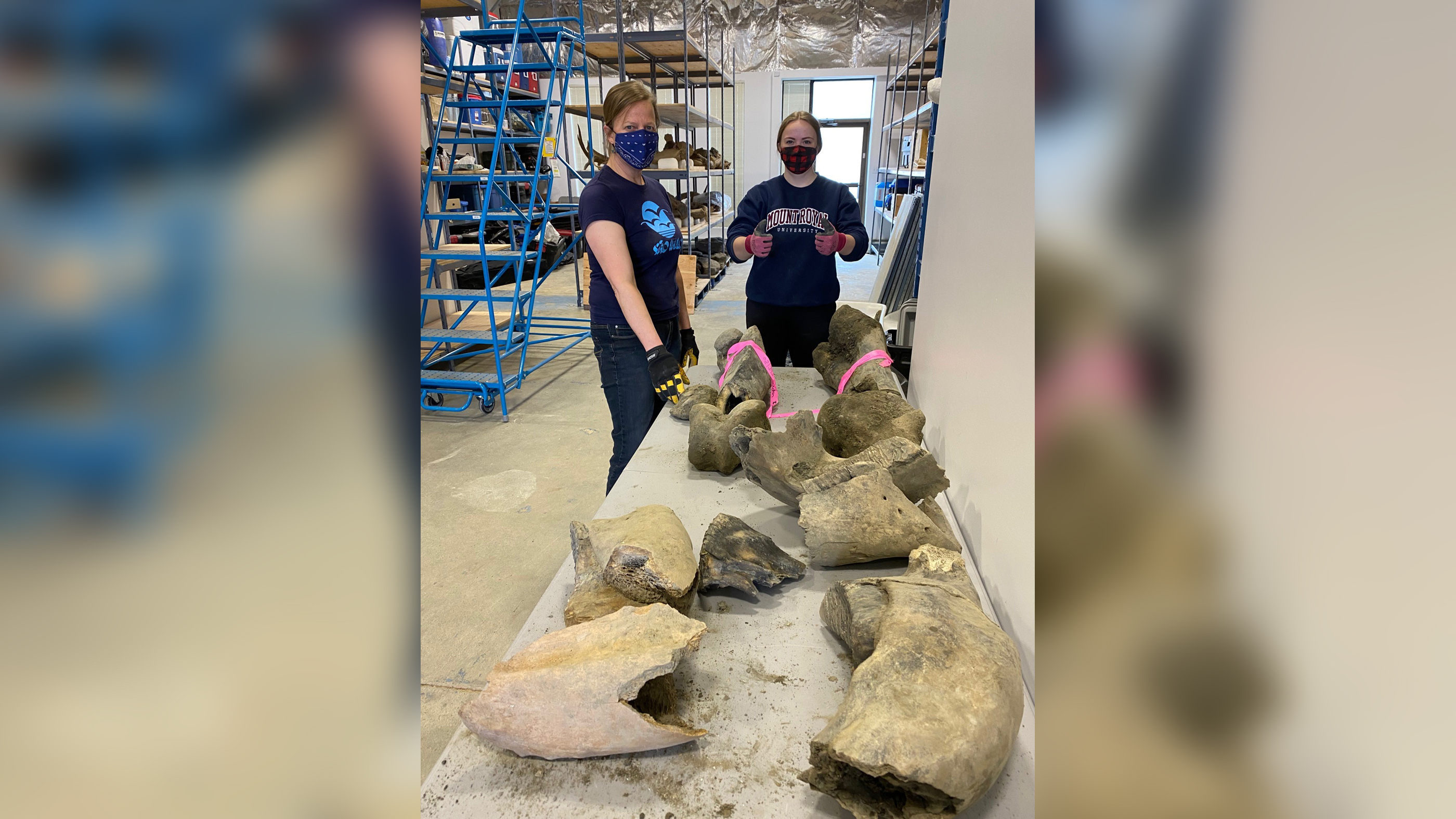 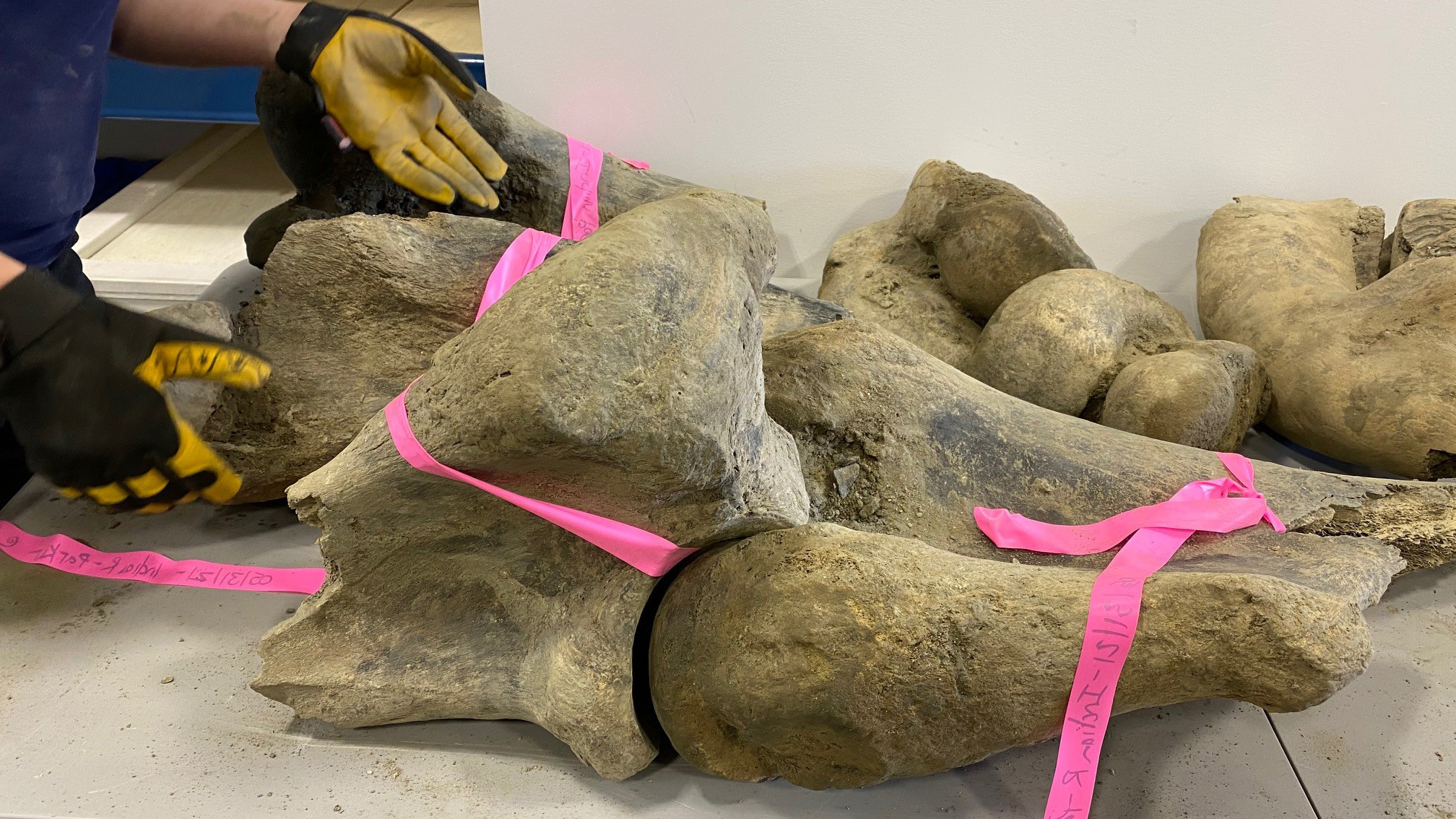 The miners found the mammoth skeletons near a layer of volcanic tephra that likely dates to around 29,000 years ago when a volcano on the Aleutian Islands erupted, Zazula said. The mammoths therefore likely lived around the time of the eruption. At that time, much of Canada was covered in glaciers, with the area around Dawson City being one of the few areas that was ice-free, Zazula said.

“The mining region in the interior of the Yukon was part of the unglaciated landscape called Beringia, which connected with Alaska and Siberia via the Bering Land Bridge,” Zazula said. “The climate was incredibly cold and dry, likely treeless, leading to the prevalence of grazing mammals,” Zazula noted. From about 35,000 to 18,000 years ago, woolly mammoths (Mammuthus primigenius) crossed that land bridge into North America, according to the University of California Museum of Paleontology.

The dry environment there helped to preserve the three mammoths. The climate was arid and the wind would have easily blown dust around, Zazula said. “This windblown silt, or loess, filled these valleys with sediment” that rapidly covered the mammoths after they died.” Because they were covered so quickly, the remains would have been less exposed to oxygen and to scavengers.

The “miners need to remove all this frozen silt to get to the gold-filled gravel in the valley bottoms, and when they do that, they often uncover the remains of ice age animals,” such as the three mammoths, said Zazula, who noted that more mammoths may be found at the mine site.

“The miners will be resuming mining at this spot in a few weeks and our crews will be on hand to see if there are more bones from the skeletons,” Zazula said. It’s uncertain what the three mammoths died from and Zazula hopes that ongoing research will provide an answer.

Billowing clouds of cobwebs have carried millions of spiders to safety

Jumping Spiders Seem to Have a Cognitive Ability Only…

We Need to Manage a Careful Retreat From Climate Change,…