How water shaped the Earth Minerologists, geologists, astronomers, astrobiologists explain how water shaped our planet’s history by studying the types of chemical reactions where water plays a fundamental role. 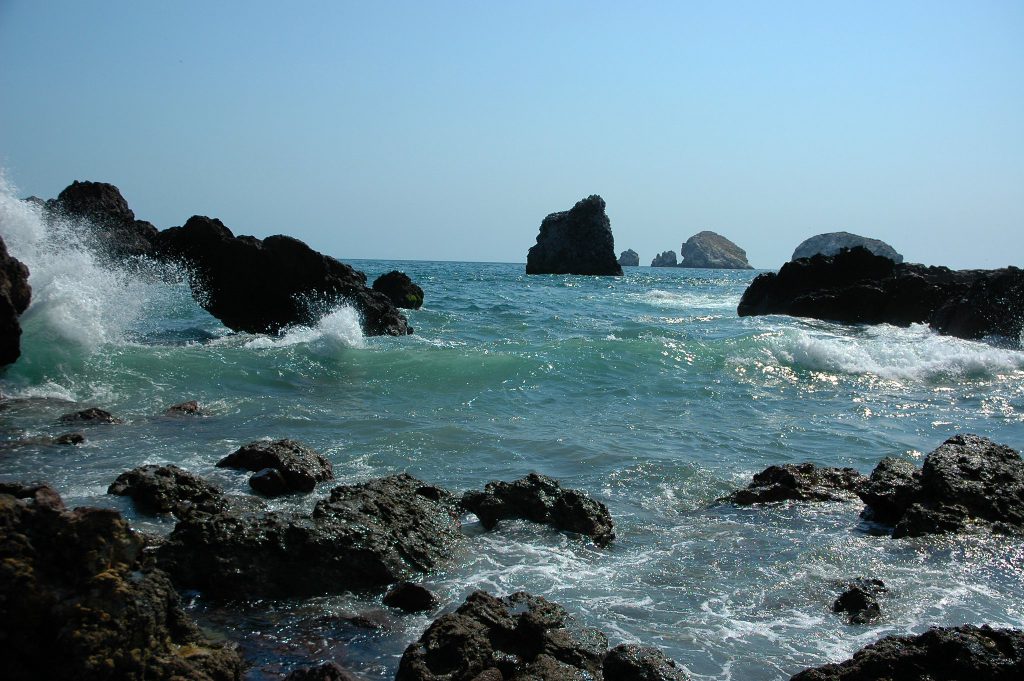 When we see a cloudy day, morning dew, rain, snow, lakes, rivers, or the ocean – we know that water is everywhere.  Water also hides in magma-filled depths, in meteorites or comets, or in the cells of living beings. It makes chemical reactions possible. Invisible to our eyes, this tiny molecule of two hydrogens and one oxygen has shaped our planet.

Alberto Vitale Brovarone in the American Mineralogist journal together with renowned geologists, astronomers, astrobiologists have provided insights into this fundamental role of water in our planet’s history. Their article reviews recent research on two important types of chemical reactions involving water and their role shaping the planet – hydration reactions that add water to molecules, and dehydration reactions that remove water from molecules.

Here is a video explaining how minerals “hydrate.” Source: Youtube

From as early as the formation of our planet within a cloud of gas and dust that would become our solar system, it is highly probable that the mineral particles that made up the Earth in formation could retain water on its surface. Some of these important minerals are  known as silicates. Silicates are a type of rocky material that was likely available on early Earth, billions of years ago, for water to react with. This reaction is called hydration because the water is trapped by the crystal structure of the mineral when it forms. When water is added to a mineral, it creates a new mineral called a hydrate or hydrated mineral. In the case of olivine, its hydrated mineral is called serpentine. Serpentine is a mineral that holds up to 13% water!.

Beyond our solar system, comets or asteroids rich in hydrogen and carbon landed on Earth and reacted with water. The carbon and hydrogen on these space rocks reacted with water to make organic compounds – early molecules very important for the life origin. They also contained silicates and ice, which reacted to form serpentine or into clays such as smectite. Water bound to silicates enriched the solid Earth, and the rest was released as water vapor to form the oceans and atmosphere.

If the ocean were the size of an olympic-size swimming pool, the amount of water trapped on the ocean floor every year would be the size of a lentil. In other words, the trillionth of the volume of the ocean is trapped each year in the solid crust of the Earth. This trapping of water also occurs with the capture of CO2 and weathers the silicates, transforming them into hydrated minerals such as serpentine, brucite, amphiboles, smectites, chlorites and epidotes.

Through zones where tectonic plates come together, called subduction zones, the bottom of the ocean is buried and transported to the mantle. The water released in the dehydration of the minerals enriched the mantle. When the mantle ascended, it formed granite, a low-density mineral that was no longer recycled back to the depths of the Earth. This stabilized the continents. However, the authors point out that not all water is returned to the Earth’s surface by dehydration and granite formation. Much of it is also present in small amounts in anhydrous minerals that contain very little water. Surprisingly, also the diamond found in the depths of the Earth, between 525 to 660 km, has inclusions of a mineral known as ringwoodite that contains up to 1.4% water.

The expression “Earth is alive” is widely used by both terrestrial and planetary geologists. Water makes life possible, including how our very planet functions.

The Global Extinction of Languages Is Threatening a Vital…

Children’s and YA Books on Consent and Boundaries

How bees play telephone to form a swarm

Forests the size of France regrown since 2000, study…