Is tax avoidance ethical? Asking on behalf of a few billionaire friends 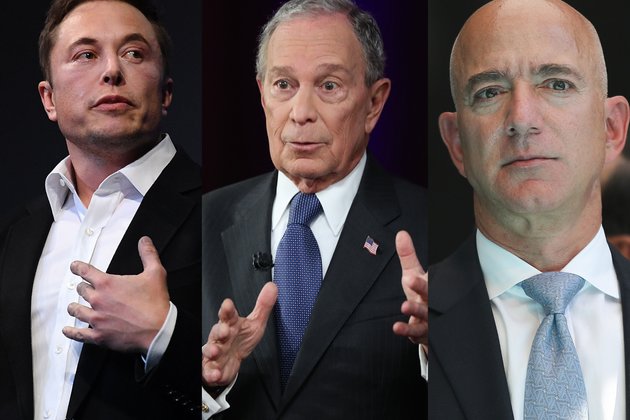 Some of the U.S.’s wealthiest individuals reportedly pay just a tiny fraction of the billions of dollars added annually to their fortunes in federal income tax – sometimes they pay nothing at all.

Investigative journalism outlet ProPublica says it has obtained a “vast cache” of information from the Internal Revenue Service that purports to show the lengths that American billionaires go to to avoid paying taxes.

It claims to provide an insight into how prominent billionaires such as Jeff Bezos, Elon Musk and Michael Bloomberg take advantage of “tax avoidance strategies” beyond the reach of ordinary people.

Though there is general public consensus on the illegality of tax evasion – the act of deliberately not paying taxes that are due – much more variance exists in how the public evaluates and scrutinizes tax avoidance strategies that seek to minimize the amount an individual pays through legal loopholes. There is no suggestion that the billionaires in the ProPublica report did anything illegal. A poll taken just before the 2016 election found that nearly half of Americans agreed with Donald Trump – another wealthy individual not averse to tax avoidance strategies – who noted that paying minimal or no taxes is “smart.” But two-thirds said it is “selfish” and 61% declared it to be “unpatriotic.”

As a scholar who studies business ethics, I see these differences in how individuals view and rationalize tax avoidance as being dependent on a person’s ethical foundations. Ethical foundations are the principles, norms and values that guide individual or group beliefs and behaviors. They can shape what people believe is important – such as fairness, care for oneself or others, loyalty and liberty – and guide judgments about what is right, or ethical, and what is wrong, or unethical.

Philosophers have debated these ethical foundations for centuries, coming up broadly with three different perspectives that are worth exploring in the context of tax avoidance strategies.

Thinkers from Immanuel Kant to John Rawls have offered what has been called the deontological argument. This emphasizes ethics based on adherence to rules, regulations, laws and norms. Such an approach suggests that “what is right” is defined as that which is most in line with an individual’s responsibility and duty toward society.

Meanwhile, utilitarian philosophers such as John Stuart Mill and Jeremy Bentham put forward an argument that recognizes the costs and benefits, or even trade-offs, in pursuing what is right. Under this belief system, called consequentialism, behaviors are ethical if the outcome is beneficial to the greatest number of people, even if it comes at a cost.

A third perspective comes in the shape of what is called the virtue ethical foundation that is associated with Aristotle and other Greek philosophers. This suggests that what is right is that which elevates the individual’s virtues and efforts toward moral excellence – defined by both avoiding vices and striving to do good. In this way, ethical behavior is that which enables the individual to achieve his or her most excellent moral self.

On morals and money

When applied to the tax avoidance strategies of individuals, each perspective offers a unique understanding of why individuals differ on what they view to be “right.”

In contrast, a consequentialist is likely to evaluate tax avoidance strategies by also looking at how those taxes could have been used to benefit society – by paying for schools and hospitals, for example. When one individual – be it a billionaire or any other person – avoids taxes, it increases the costs experienced by everyone else while also decreasing the benefits experienced by society as a whole. The cost to society in terms of lesser funding for programs and services supported by tax dollars may be even greater when a wealthy individual avoids taxes, given what is likely a highter tax responsibility than that of individuals with modest incomes. Thus, consequentialist individuals may well conclude that tax avoidance strategies are unethical.

So whether tax avoidance strategies are viewed and rationalized as ethical or unethical likely depends on the ethical foundations of the person judging such actions.

But when it comes to public figures and the superrich, there are additional ethical concern at play here. Public figures are evaluated not just on their own personal morality, but also by what influence their behaviors could have on others. If the superrich avoid taxes, it might signal to the public to do the same, which could have greater consequences. The public often demands more of the superrich – and ethics are no exception. The expectation is that these individuals, as leaders in society, should create benefits for society through their behaviors. As a result, these individuals may be held to a higher ethical standard and their behaviors more closely scrutinized.

This is an updated version of an article originally published on Oct. 30, 2020.

Will we all need COVID-19 booster shots?

Back to the office? The complaints and lawsuits are already…

Here’s how lightning may help clean the air