Most species of beetles pee differently than other insects 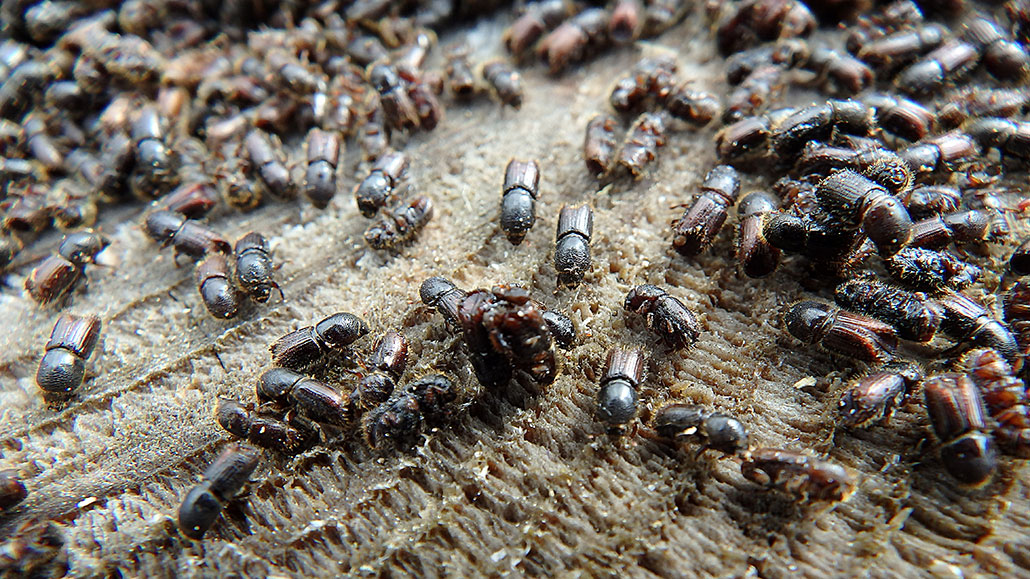 Like most creatures, beetles and other insects release wastes in their pee. But most species of beetles appear to process urine differently from all other insects. That’s the finding of a new study.

That finding could lead to a new method of pest-control: making beetles pee themselves to death.

The new finding also may help explain why beetles have been such an evolutionary success. Their more than 400,000 species make up 40 percent of all insect species.

In humans, the kidneys make urine. These organs remove wastes and extra fluid from the body through roughly one million filtering structures known as nephrons (NEH-frahnz). This filtering also keeps the share of charged ions in our blood in balance.

Fruit flies use four of these tubules to filter their blood-like fluid. It allows their kidneys “to pump fluid faster than any other . . . sheet of cells — anywhere in biology,” notes Julian Dow. He’s a physiologist and geneticist at the University of Glasgow in Scotland. Key to this fluid pumping are signaling molecules made in the flies’ brains. In a 2015 study, Dow and other scientists found the same signaling system drives the Malpighian tubules of many other insects.

But not in most species of beetles.

“We found it very curious that [an insect group] that’s so evolutionarily successful was doing something separate or different,” says Kenneth Halberg. He’s a biologist at the University of Copenhagen in Denmark.

He also is part of an international team that now describes what makes the way most beetles pee so unique. The group shared details of its unexpected discovery April 6 in Proceedings of the National Academy of Sciences. 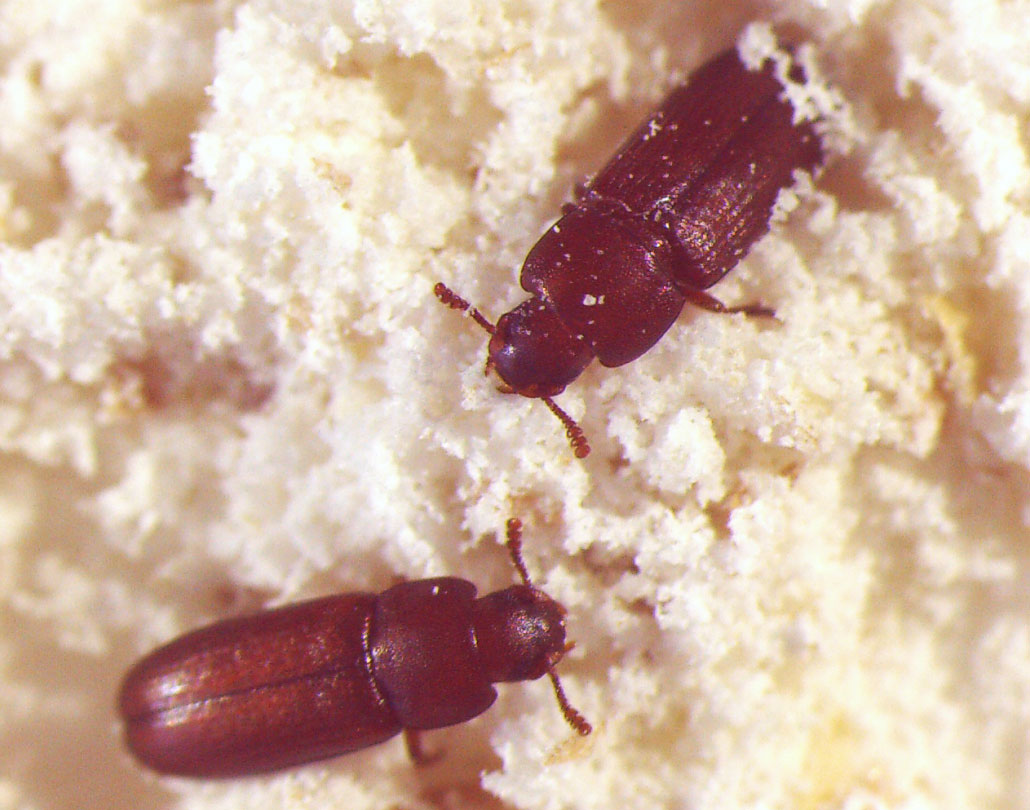 The scientists studied red flour beetles. Two hormones make these insects pee, they found. One gene produces both of these hormones, known as DH37 and DH47. The researchers gave that gene a cute name — Urinate, or Urn8, for short.

Halberg’s team also identified the receptor to which these hormones dock onto cells. By entering that receptor, the hormones trigger peeing. This receptor shows up in the Malpighian tubules’ secondary cells. What the researchers learned next surprised them: Urn8 hormones make these cells transport positive potassium ions.

This is not what those cells do in other insects. It’s the opposite.

The scientists also detected DH37 and DH47 in eight neurons in the beetles’ brains. Levels of the hormones were higher when beetles were raised in dry conditions. Levels were low when their environment was humid. Halberg’s group reasoned that the moisture might have made brain neurons release DH37 and DH47.

So they they tested this. And beetles living in humid conditions indeed had high levels of the hormones in their bloodlike hemolymph. This could change the balance of ions in the Malpighian tubules.

That would cause water to enter. And  more water means more pee.

To explore how the tubules evolved, the team examined hormone signals in a dozen other beetle species. As with the red-flour species, DH37 and DH47 bound to secondary cells in beetles from Polyphaga. It’s an advanced suborder of beetles. Adephaga is a more primitive suborder. And in them, these hormones instead bound to principal cells. The unique system for processing urine in Polyphaga beetles may have helped them evolve to better succeed in their environments, the scientists now conclude.

“It’s a fascinating and beautiful paper,” says Dow, who wasn’t part of the new work. The researchers used a variety of techniques to tackle a big question about beetles, he says.

The new findings could one day lead to pest-control treatments that target just beetles. If it’s possible to target that Urn8 system, Halberg explains, then “we’re not hitting other beneficial insects, such as bees.”

‘Wolf Packs’ of Predatory Bacteria Lurk in Our…

‘Tree farts’ make up about a fifth of greenhouse gases from…

Electric fish — and humans — pause before…