Mount Nyiragongo in the Democratic Republic of Congo erupted on Saturday night, forcing tens of thousands of people in the city of Goma to leave their homes. The lava reached the edge of the city, but did less damage than some people had feared.

Mount Nyiragongo is one of the most active volcanoes in the world. It has a large lake of melted rock in its center, which can flow easily and quickly. The volcano is only 6 miles (10 kilometers) away from the city of Goma, which is home to 2 million people.

A deadly eruption in 2002 killed around 250 people and left roughly 20% of the city destroyed by lava. Nearly 120,000 people were left homeless. A 1977 eruption killed thousands.

So when the volcano erupted on Saturday night, lighting the sky with its orange glow, many people were worried that this eruption might be similar to earlier eruptions. Thunder and lightning near Mount Nyiragongo made the threat seem even greater.

Tens of thousands of people rushed from their homes carrying what they could. Many people crowded into cars. Many others were forced to walk. Several people died in the traffic and confusion.

It wasn’t clear at first which way the lava was flowing, or how badly it would affect the city. As many as 8,000 people crossed the border into Rwanda, a country that lies just 0.6 miles (1 kilometer) to the east. Others decided to go to the west.

The government reported that by Sunday morning, the lava was flowing much more slowly. Though the lava didn’t reach the city, it came close, covering the main road heading north. Unlike the 2002 volcano, which damaged the airport, this time the lava stopped before it reached the airport. 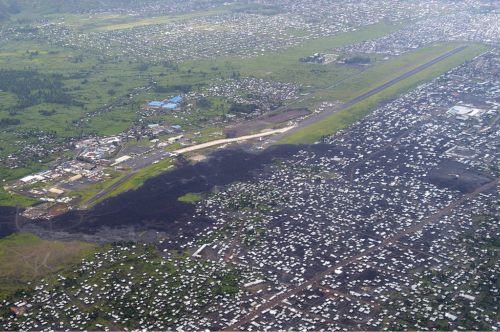 Villages on the northern edge of Goma were not so lucky. Flowing lava nearly a half a mile (0.8 kilometers) wide swept the area, destroying almost everything in its path. Many people returned on Sunday to find their homes ruined.

It’s still unclear how many people were killed or injured by the eruption. Because of Mount Nyiragongo’s history of dangerous eruptions, most people are relieved that the damage was not worse.

But many people are upset that they were not warned in time to leave safely. Even after the volcano erupted, there was little clear information about which way the lava was headed.

There is a scientific station in Goma called the Goma Volcano Observatory. It is meant to keep watch on the nearby volcanos. In the past, the station was supported by the United Nations. But the station lost that support after reports that it misused the money it was given.

Many people are still watching Mount Nyiragongo carefully, uncertain if the eruption is truly over. 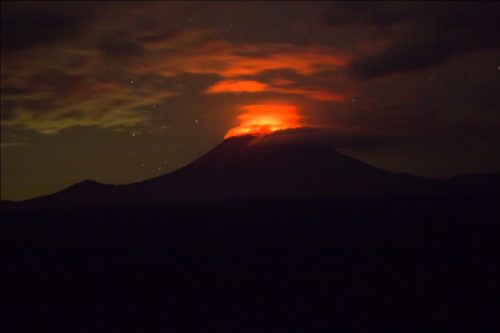 If we want to save the planet, the future of food is insects