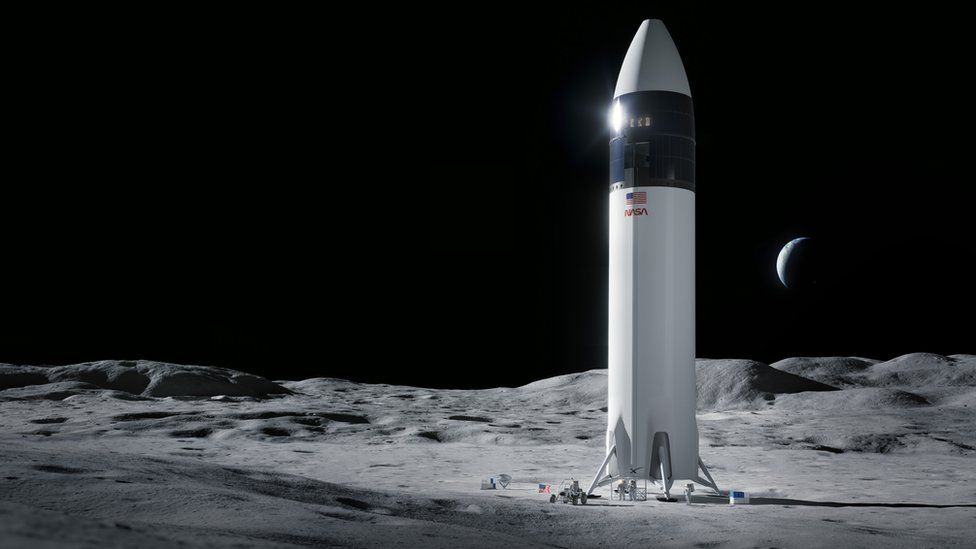 Nasa has chosen Elon Musk's company SpaceX to build a lander that will return humans to the Moon this decade.

This vehicle will carry the next man and the first woman down to the lunar surface under the space agency's Artemis programme.

Another goal of the programme will be to land the first person of colour on the Moon.

The lander is based on SpaceX's Starship craft, which is being tested at a site in southern Texas.

SpaceX was competing against a joint bid from traditional aerospace giants and Amazon founder Jeff Bezos, as well as Alabama-based Dynetics. The total value of the contract awarded to Musk's company is $2.89bn.

"With this award, Nasa and our partners will complete the first crewed demonstration mission to the surface of the Moon in the 21st century as the agency takes a step forward for women's equality and long-term deep space exploration," said Kathy Lueders, the organisation's head of human exploration.

"This critical step puts humanity on a path to sustainable lunar exploration and keeps our eyes on missions farther into the Solar System, including Mars."

The Artemis programme, initiated under the Trump administration, had targeted a return to the lunar surface in 2024. But a shortfall in funding of the landing system has made that goal unattainable. 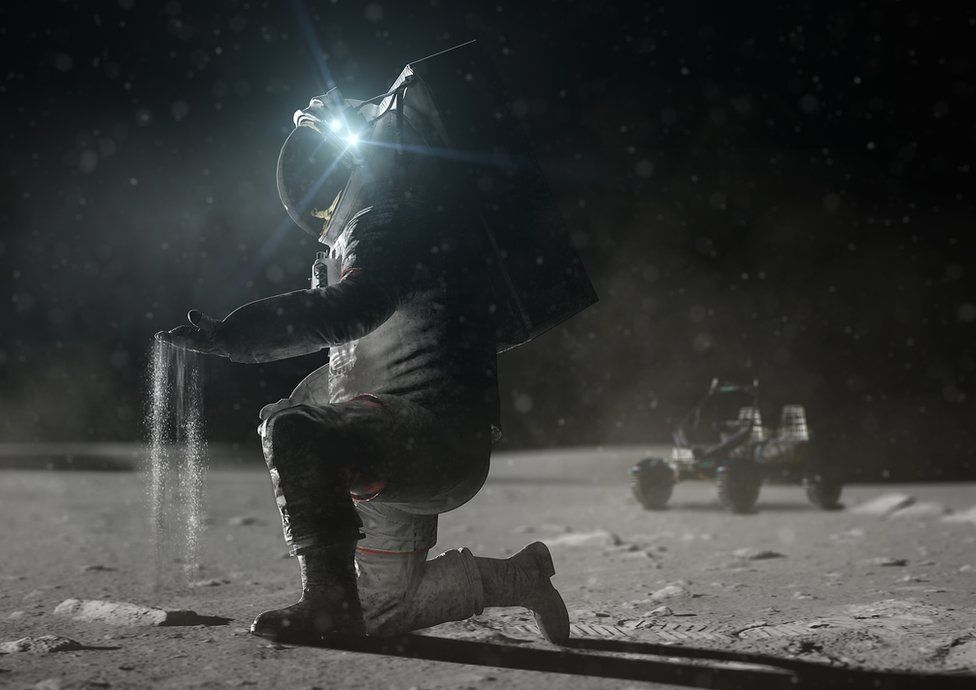 Elon Musk has been developing the Starship design for years. Resembling the rocketships from the golden age of science fiction, Starship is a crucial component of the entrepreneur's long-term plans for settling humans on Mars.

For now, though, it will serve as the lander that ferries astronauts from lunar orbit to the surface.

With a spacious cabin and two airlocks, allowing astronauts to exit the craft for moonwalks, it's a far cry from the cramped, spindly lunar module (LM) that carried 12 men to the surface under the US Apollo programme between 1969 and 1972.

The new vehicle will be known as the Human Landing System (HLS).

In recent times, Nasa has chosen more than one company when procuring space transport services, giving it options if one of them fails to deliver. 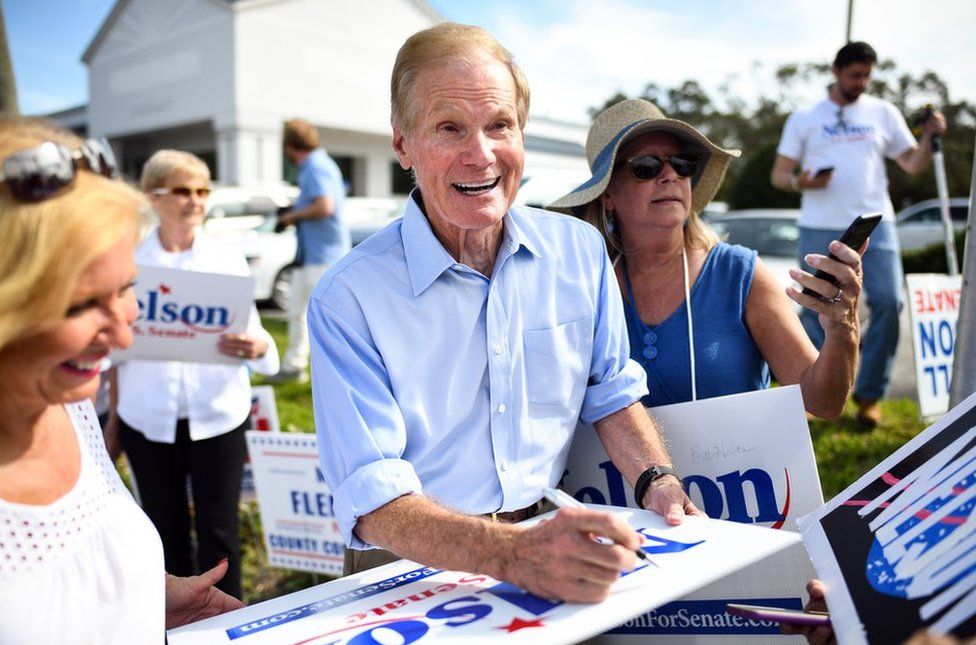 But Nasa has received only $850m of the $3.3bn it requested from Congress to build the Moon lander. In a statement, Ms Lueders said that "while it remains the agency's desire to preserve a competitive environment at this stage of the HLS program", its current budget precluded it from selecting two companies, as it was expected to do.

Cost is believed to have been a major factor; SpaceX's bid was the lowest of the three competitors "by a wide margin".

Ms Lueders explained: "I made a determination that it would be in the agency's best interests to make an initial, conditional selection of SpaceX."

The decision has caused a stir in Congress. Nasa is undergoing a transition of power following Joe Biden's election as President. It is being run by an interim administrator, and Mr Biden's pick to run the agency – former senator and astronaut Bill Nelson – will appear at his confirmation hearing next week.

"I am disappointed that the acting Nasa leadership decided to make such a consequential award prior to the arrival of a new permanent Nasa administrator and deputy administrator," said congresswoman Eddie Bernice Johnson, the democrat chair of the House Committee on Science, Space and Technology. 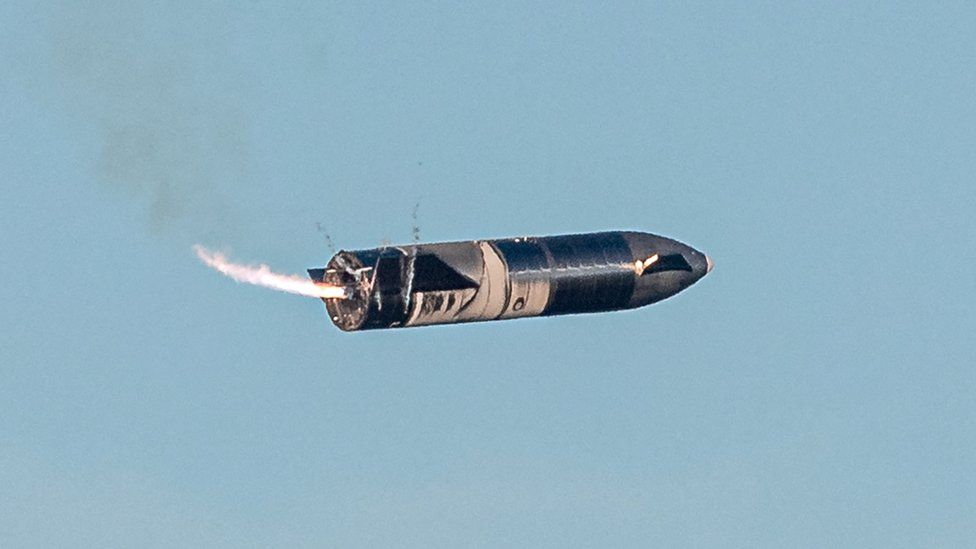 "The decision to make the award today also comes despite the obvious need for a re-baselining of Nasa's lunar exploration program, which has no realistic chance of returning US astronauts to the Moon by 2024."

Nasa is targeting the Moon's South Polar region for the first landing with astronauts since 1972. This area holds abundant deposits of water-ice. But it also presents challenges, because long shadows obscure surface features as the craft comes down to land.

Engineers will need to navigate the problem as they refine their plans for the first Artemis landing.

SpaceX had been in a run-off against the National Team – consisting of Blue Origin (founded by Bezos), Lockheed Martin, Northrop Grumman and Draper – and defence contractor Dynetics.

It represents another milestone for the 19-year-old company founded by Musk, which initially had to overcome widespread scepticism about its plans to bring down the costs of spaceflight. SpaceX almost ran out of money, but was kept going by a fortuitous contract award from Nasa in 2008.

Since then, it has achieved huge success launching commercial satellites and picked up a lucrative contract to fly people to the ISS.

The Starship vehicle is currently being tested at a facility in Boca Chica, South Texas. A number of uncrewed prototypes have already been launched to altitudes of 10km or more, before being brought back down in an attempt to land them softly on the ground. However, the last few test flights ended with the vehicles exploding, either close to or on the pad after their return.

"This is an exciting time for Nasa and especially the Artemis team," said Lisa Watson-Morgan, programme manager for the Human Landing System at the agency's Marshall Space Flight Center in Huntsville.

"During the Apollo programme, we proved that it is possible to do the seemingly impossible: land humans on the Moon. By taking a collaborative approach in working with industry while leveraging Nasa's proven technical expertise and capabilities, we will return American astronauts to the Moon's surface once again, this time to explore new areas for longer periods of time."

The Artemis programme aims to establish a long-term presence on the Moon, including the establishment of a lunar base.

This Flying ‘Monkeydactyl’ Is The Only Known Pterosaur With Opposed Thumbs

What happens when astronaut teams don’t get along?

Scientists May Detect Signs of Extraterrestrial Life in the…