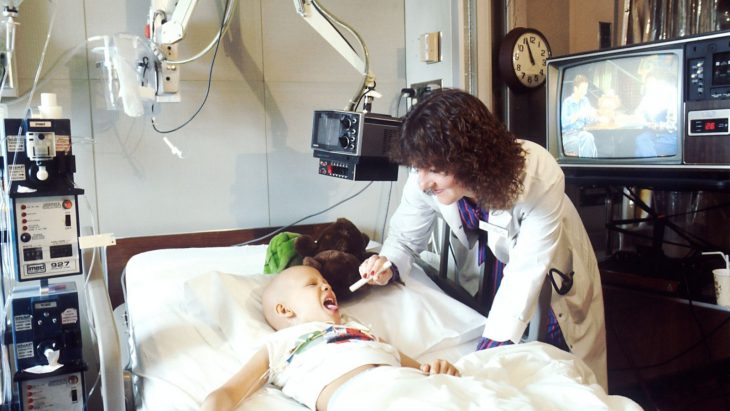 Cancer is one of the most widely researched diseases in the healthcare industry.  Despite the abundance of cancer research, seldom has the research focused on pediatric patients after cancer treatment, especially after receiving chemotherapy. Children have a five year survival rate of 64-97% depending on the type of cancer. However, patients who enter remission because of chemotherapy may have lasting neurological deficits which affect their motor skills, behavior, and memory.

A recent study has shed light on how chemotherapy can affect the psychosocial development of children, even after remission. The goal of the study was to investigate the impact of chemotherapy on the brains of pediatric cancer patients who suffered from non-central nervous system cancers. They measured brain effects using both MRI scans and behavioral tests and questionnaires.

A group of fifteen patients and fifteen control patients, which were children without previously diagnosed cancer or developmental delays,  were given three different behavioral tests — the BRIEF rating scale, Purdue Pegboard Assessment, and the N-Back Working Memory Task — as well as a MRI brain scan. The BRIEF assessment was a questionnaire given to the patients’ caregivers asking them to rate their children from 1 to 3 assessing daily functional and behavioral skills observed at home and outside of the study. The Purdue Pegboard assessment uses a pegboard to measure and assess the patient’s motor dexterity, speed, and hand-eye coordination. The N-Back Working Memory task measured patients’ ability to recall images they had seen on a screen. All of the behavioral exam scores were averaged to give each participant a single score.

Each participant was then asked to undergo a one hour MRI scan of their brain.  The standardized behavioral scores and brain anatomy from the MRI were compared to determine if any of the behaviors observed correlated to reduced brain matter. They had no expectations about any particular behavior, and hypothesized that there would be no connection. The hippocampus is part of the limbic system, and is the region of the brain associated with learning and memory, shown in light purple in this image. Source: National Institutes of Health

Looking specifically at the behavioral tests, the group of researchers found no statistical differences in the BRIEF scores between the two groups. However, the Purdue Pegboard showed that cancer survivors had less dexterity in their dominant hands. The survivors also answered fewer image-recall questions correctly in the N-Back Working Memory Task. After looking at the MRI scans, they found that a smaller right hippocampus (a region of the brain important in learning and memory) was associated with decreased dominant hand performance in the group of cancer patients. Reduced total brain volume was also correlated to poorer image-recall in the N-Back test.

These findings support the researchers’ hypothesis that children treated with chemotherapy would result in developmental delays and set-backs in the children’s psychosocial neurodevelopment. These deficits could include, but are not limited to, reduced attention span, slower information processing, and poor visual and spatial awareness. These side effects make success in school more difficult.

These findings do not dispute the ability of chemotherapy to treat childhood cancer patients. The team of researchers noted that their pool of patients was rather small and that to be conclusive further studies would have to be conducted with a larger number of patients.

However, it does emphasize a need for less harmful, more localized therapies to treat childhood cancer. Research could also be extended to finding post-chemotherapy treatments to lessen the neurological effects of chemotherapy on the developing brain.