Ever Given : Massive Ship Free After Blocking Suez Canal

The massive container ship that was blocking the Suez Canal was finally moved on Monday. The ship, called Ever Given, blocked traffic on this important shipping path for six days.

The Suez Canal is a man-made waterway in Egypt. It allows ships to travel between Asia and Europe without going around Africa. On March 22, after strong winds and a sandstorm, the Ever Given twisted sideways across the canal and got stuck.

The ship is a quarter of a mile (0.4 kilometers) long. It was extremely heavy because it was carrying so many containers. Workers struggled for days to move the ship. Many large machines and 13 tugboats were needed to free the ship. 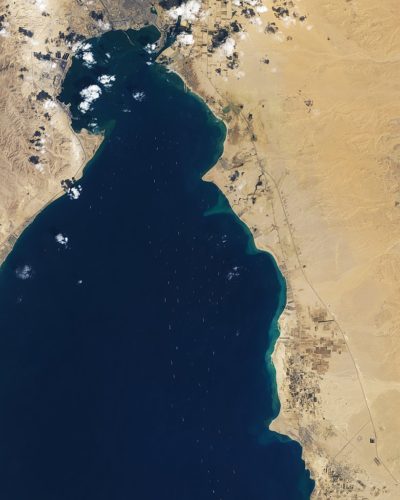 The canal is now open again, but the effects will be felt for months, since so many different kinds of products were delayed. The arguments over who is responsible for the problem are likely to go on for years.

Last Sunday, inspectors at the Ecological Airport in the Galapagos spotted something unusual when they scanned a suitcase on its way to mainland Ecuador. The suitcase held 185 young tortoises.

The Galapagos Islands are a special group of islands 600 miles (1,000) kilometers off the coast of Ecuador. Because the islands are so remote, they’re home to many plants and animals that can’t be found anywhere else.

The islands are famous for their giant tortoises, which could become endangered if they’re not protected.

Inside the suitcase, the inspectors found a pile of tortoises that had been wrapped in plastic. The tortoises were about three months old. Fifteen of the tortoises have died. The rest have been taken to a special center to be cared for.

Because animals from the Galapagos are so special, they can bring a high price when they’re sold illegally. One expert says young tortoises sell for as much as $5,000 each. A police officer has been charged with the crime.

The blooming of cherry trees is something many Japanese people look forward to every year. But in recent years, the blooms have been coming earlier and earlier.

Celebrating the blooming of cherry trees is an important part of Japan’s history and culture. The cherry blossoms, known as “sakura”, are seen as a reminder that even beautiful things don’t last forever.

Records of when the cherry trees have bloomed have been kept ever since the year 812. These records are valuable to scientists studying how the climate has changed over time. Scientists believe climate change  is probably causing the trees to bloom earlier.

The cherry trees used to bloom in April. Now, the end of March is more common. This year, the date is 10 days earlier than average.

Harnessing the hum of fluorescent lights for more efficient…

Signs of ‘Insect Apocalypse’ Could Be Linked to…