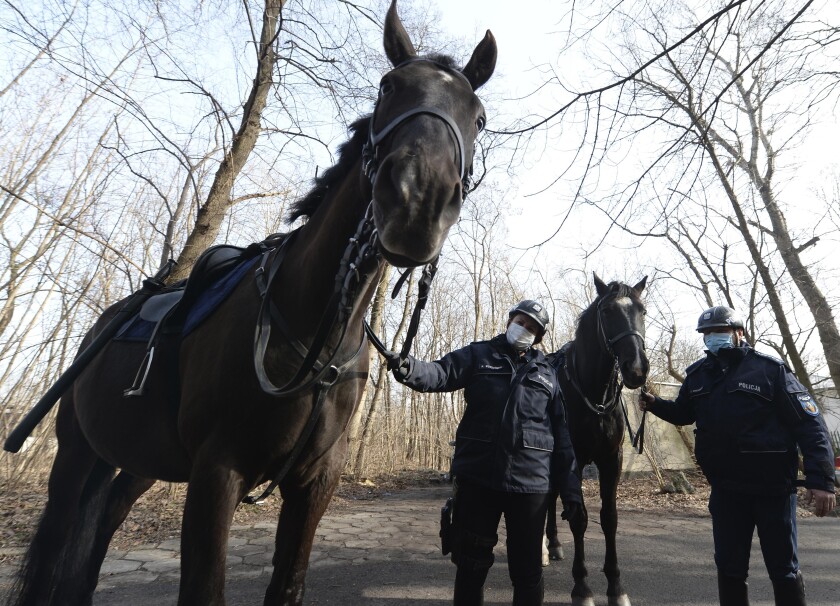 Mounted police at a park in Warsaw earlier this month. A new law would affect some 1,200 dogs and more than 60 horses currently in service. (Associated Press) Associated Press Share Close extra sharing options

They locate survivors in collapsed buildings, track down fugitives, foil smugglers of drugs and explosives, and help control rowdy crowds. All in exchange for food and lodging — and an occasional pat on the head.

But when retirement time comes, state care ends for the dogs and horses that serve in Poland’s Police, Border Guard and Fire Service. They are given away, with no safeguards for their future welfare.

Following appeals from concerned service members, the Interior Ministry has proposed new legislation that would give these animals an official status, and paid retirement to help cover the often costly care bills their new owners face.

Interior Minister Mariusz Kaminski described the draft law as a “moral obligation” that should get unanimous backing when presented in Parliament for approval later this year.

“More than one human life has been saved, more than one dangerous criminal caught thanks to the animals in service,” he said in February.

The new law would affect some 1,200 dogs and more than 60 horses currently in service.

Each year, some 10% of the animals are retired, according to the Interior Ministry. Most of the dogs are German or Belgian shepherds.

The pension money “will certainly be a great help and will make things easier,” he said.

The bill would confirm the unwritten rule that the animals’ handlers have priority in keeping them before they’re offered up for adoption. 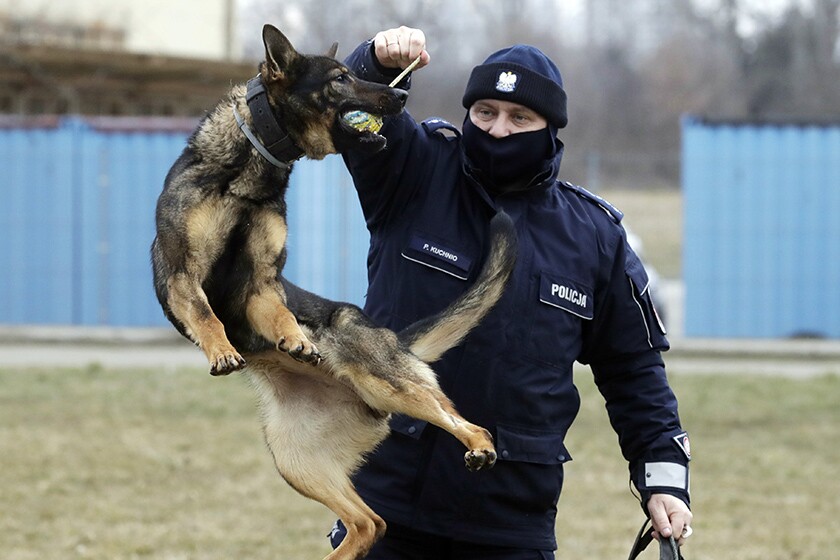 But more importantly, it would extend state responsibility for the animals into their retirement time and secure financial support for the owners.

The oldest horse there, Hipol, is in his late 20s and almost blind. Walkowiak says he would have a slim chance of surviving at a regular stable.

Walkowiak says many service dogs end up chained to posts or being given unsuitable tasks, as people think they would make good guardians for farms or other properties. This isn’t always the case.

“The dog may suddenly remember that it was trained to bite and it will start biting, and when left alone at home it may demolish the couch because it needs to have something in its mouth,” Walkowiak said.

In Warsaw, mounted police officer Dariusz Malkowski says he would have to pay the stabling fees for his 13-year-old black gelding Rywal if he were to keep him after retirement.

A stable box near Warsaw can cost some $650 a month. The average pre-tax monthly salary in Poland is some $1,400.

On patrol with Malkowski was Sgt. Katarzyna Kuczynska, riding 13-year-old Romeo II, or Romek, who can identify Kuczynska by her voice.

“These animals have worked for the state, they have done their jobs well and they should be entitled to healthcare and proper retirement — on green pastures in the case of horses,” Kuczynska said.

Over 1 Million People Died in 2017 From Fossil Fuels Being…