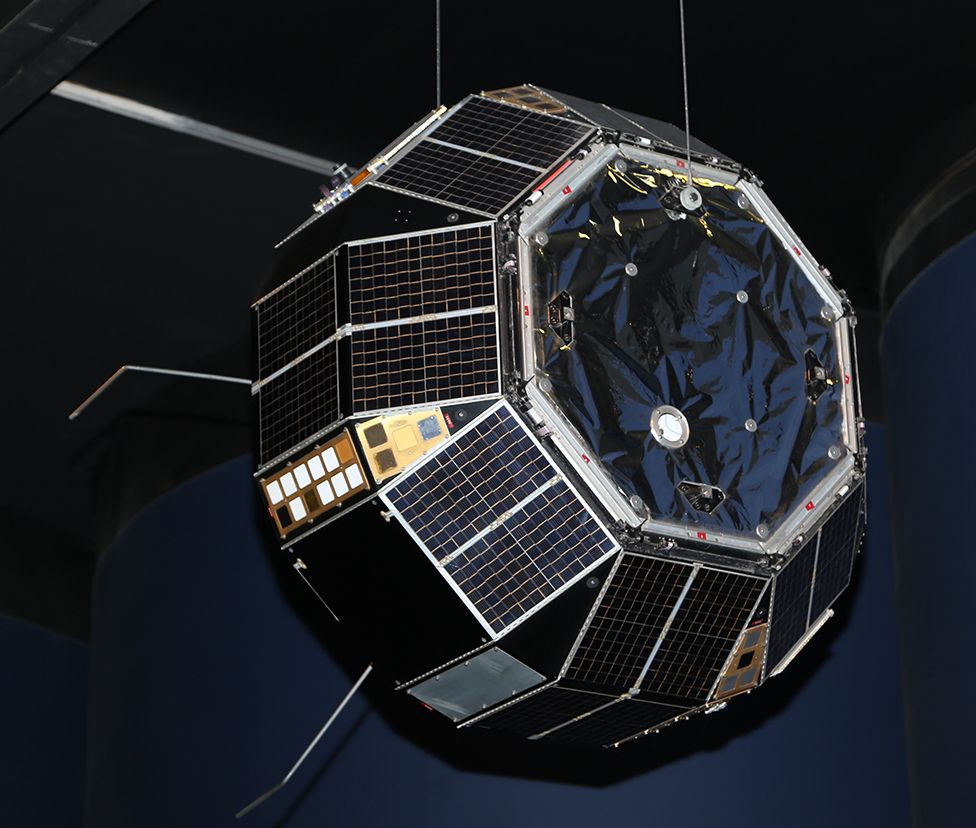 Edinburgh-based rocket company Skyrora is issuing a challenge to find a way to retrieve the Prospero satellite.

The object was the first and only UK spacecraft to be launched on a British rocket, from Australia in 1971.

It's defunct now, obviously, but is still circling the globe on an elliptical orbit some 1,000km up.

Skyrora, who will soon start sending up rockets from Scotland, regards the satellite as an important piece of UK space heritage.

The company has already recovered part of the Black Arrow vehicle that placed Prospero in orbit.

This fell back to Australia in the course of the mission where it languished for decades in the Outback until the firm had it shipped home and put on display.

Now, Skyrora is looking for ideas as to how best to approach and grab hold of the 66kg satellite, whose original mission was to investigate the space environment. 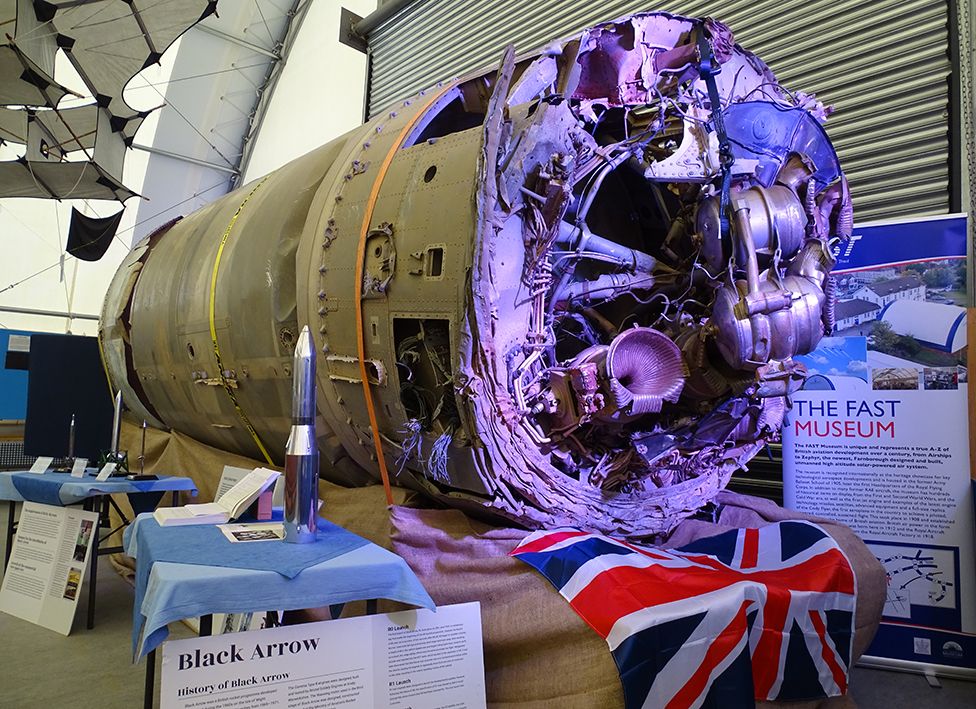 It might not be possible to bring it all the way home through the atmosphere intact. This would be very difficult. For starters, it would need protection from the heat of re-entry, but, at the very least, just de-orbiting what is now a piece of junk would be a statement of Britain's commitment to the sustainable use of space.

Orbits above the Earth are becoming cluttered with old hardware, which risks colliding with, and destroying, those operationally useful spacecraft that provide us with important services such as Earth observation, meteorology, and telecommunications.

"This is a challenge to ourselves, to the space industry in the UK," said Alan Thompson, Skyrora's head of government affairs.

"Ultimately, we'd love to recover Prospero and bring it all the way down, but we recognise that would be very difficult.

"The point here, though, is to accentuate industry principles of responsibility and sustainability," he told BBC News.

The company held a reception on Wednesday evening to discuss ideas. This took place at the inaugural UK Space-Comm Expo, which is being staged this week at the Farnborough International Exhibition & Conference Centre in Hampshire.

Prospero and its launch rocket, Black Arrow, represented something of a false dawn for Britain's space efforts. Even as the lipstick-shaped rocket climbed skyward, the government had already decided to cancel the technology development programme.

The UK remains the only country to have developed a successful launch capability and then abandon it.

Half a century on, an indigenous capacity is being revived in the form of Skyrora, Orbex and a handful of other start-ups who wish to launch from the UK proper – not this time from Australia.

Regulations are in the process of being signed off by government with the intention that operating licences will be open for application later this year.

Skyrora is determined to pursue its activities in as green a way as possible. 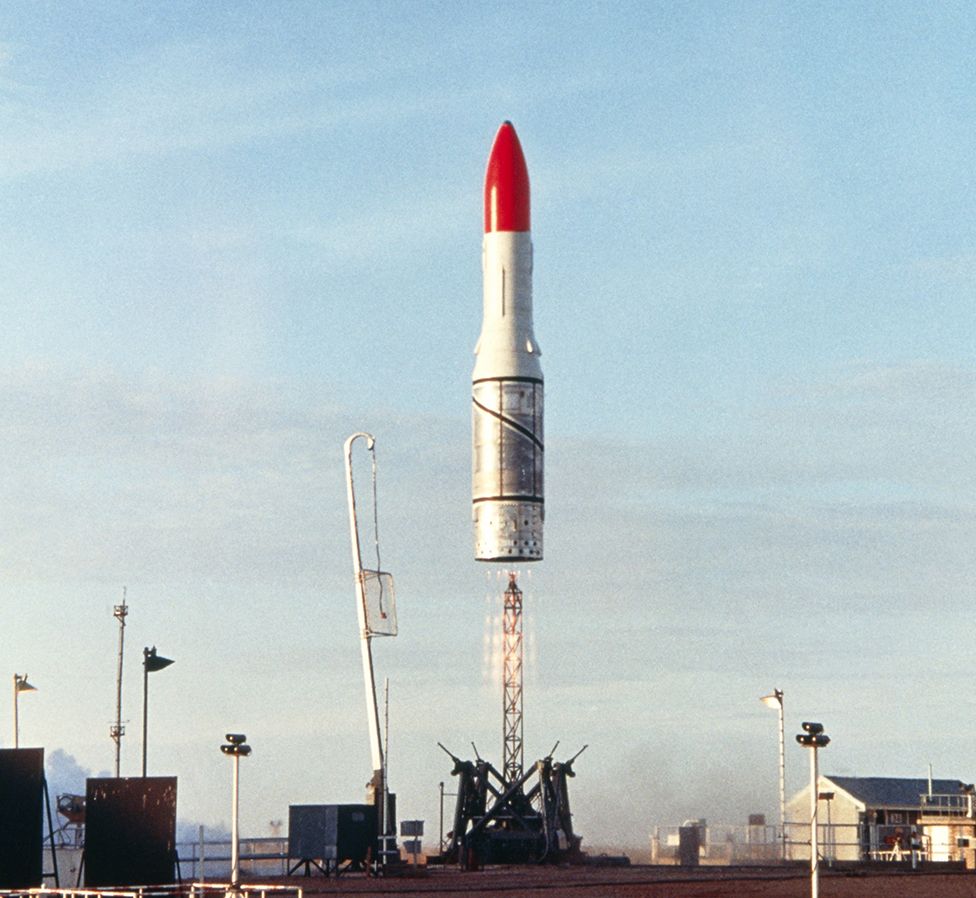 Although burning a carbon-based fuel, kerosene, in its rockets, this will be made from recycled plastic. It also wants the top section, or third stage, of its orbital vehicle to not only place satellites in orbit, but be capable of removing redundant spacecraft as well.

It's been busy testing a "space tug" that would do just this kind of work.

"The challenge of removing space debris and either knocking it into the atmosphere so that it burns up, or bringing it back to Earth, is one of the most important and topical challenges in space," commented Lord Willetts, the former UK space minister.

"It would be great if British enterprise and British entrepreneurship played a role in tackling this challenge."

In order to retrieve Prospero, you'd first have to locate it. Although the satellite is no longer communicating with Earth (last contact was in 2004), its orbit is known, says Ralph Dinsley from space surveillance experts Northern Space & Security Ltd.

"It's in an elliptical orbit around the Earth, coming as close as about 522km and going out as far as about 1,300km," he said.

"Not only is Prospero up there, but part of the rocket body that put it there is up there as well.

California to truck young salmon to the Pacific because of…

Same Drug Can Have Opposite Effects on Memory in Males and…

YA Anthologies Bring Diverse Voices Together

Doctors Have Reported an Extremely Rare Case of a Person Who…