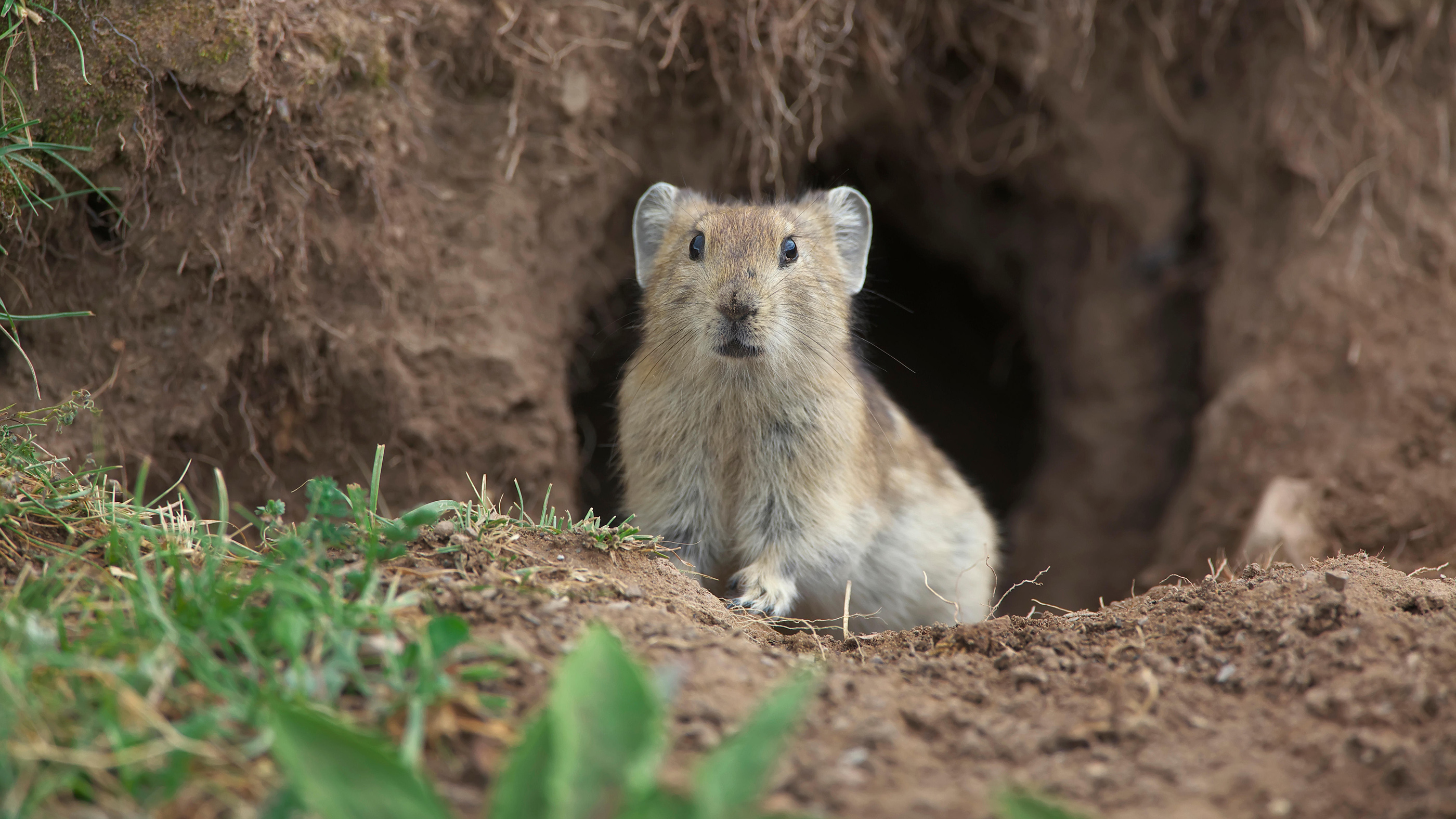 Pikas living at high altitudes in Asia eat yak poop to help them survive winter, a new study has found.

The small, rabbit-like animals, often compared to Pokémon’s Pikachu character, can’t hibernate through winter when food is scarce, so they slow their metabolism and eat yak poop to get by on the Qinghai-Tibetan Plateau, where temperatures fall to minus 22 degrees Fahrenheit (minus 30 degrees Celsius).

Animals adopt all sorts of unexpected strategies to survive, study first author John Speakman, a biology professor at the University of Aberdeen in Scotland and the Chinese Academy of Sciences in China, told Live Science in an email.

“Lots of animals including rabbits and pika eat their own feces,” Speakman said. Such poop eating, or coprophagy, can help animals absorb nutrients they couldn’t digest initially from their food, Live Science previously reported. “But eating the feces of other species is relatively rare,” he added.

Pikas are a group of small mammals found in North America and Asia. They are often associated with Pikachu the Pokémon which has a similar name — although Pikachu’s original design was actually inspired by a squirrel, according to the video game website Kotaku.

Plateau pikas (Ochotona curzoniae) live in high-altitude meadows up to about 16,400 feet (5,000 meters) above sea level. They don’t hibernate or migrate to warmer climates during winter, so exactly how they survive the cold months had remained a mystery.

To answer this question, Speakman and his colleagues monitored plateau pikas for 13 years using various techniques such as filming the adorable creatures and implanting temperature-logging devices into the animals. Their findings were published Monday (July 19) in the journal Proceedings of the National Academy of Sciences.

To save energy, the pikas reduced their body temperature and limited physical activity such as foraging. At some of the study sites, pikas also ate the feces of domestic yak (Bos grunniens), a phenomenon the team captured on film.

Yaks are abundant on some parts of the plateau and their feces are likely easily digestible for pikas, having already passed through the yak’s digestive system. Munching on yak poop may help pikas spend less energy than they would foraging for other food sources, according to the study. The dung may also contain otherwise scarce nutrients and water, which pikas also benefit from.

Pikas’ penchant for yak feces may also explain why they are found in higher densities where yaks are more abundant, even though scientists think the two species compete with one another for food.

“We are currently studying what other benefits might accrue,” Speakman said. “There are obvious potential costs as well, like exposure to gut parasites, so that’s probably why it isn’t a very common behavior.”

There’s a Weird Correlation Between Brain Size And…

For The First Time, Scientists Have Connected a…

Live: SpaceX Is Attempting to Launch Astronauts to The ISS…