North America experienced its warmest June on record, according to the EU's Earth observation programme.

That will come as no surprise given the unprecedentedly high temperatures recently recorded during the heatwave that hit Canada and parts of the US.

But UK residents may be startled to learn that despite the rain and cloud they experienced, it was the second warmest June on record for Europe.

It was also the fourth warmest June ever recorded worldwide.

Copernicus, the EU's Earth observation programme, produces its figures for world temperatures from computer-generated analyses using billions of measurements from satellites, aircraft and weather stations around the world.

Climate experts say the findings point to a frightening escalation in temperature extremes.

"We are getting used to record high temperatures being recorded somewhere around the world every year now," says Prof Peter Stott of the UK Met Office. 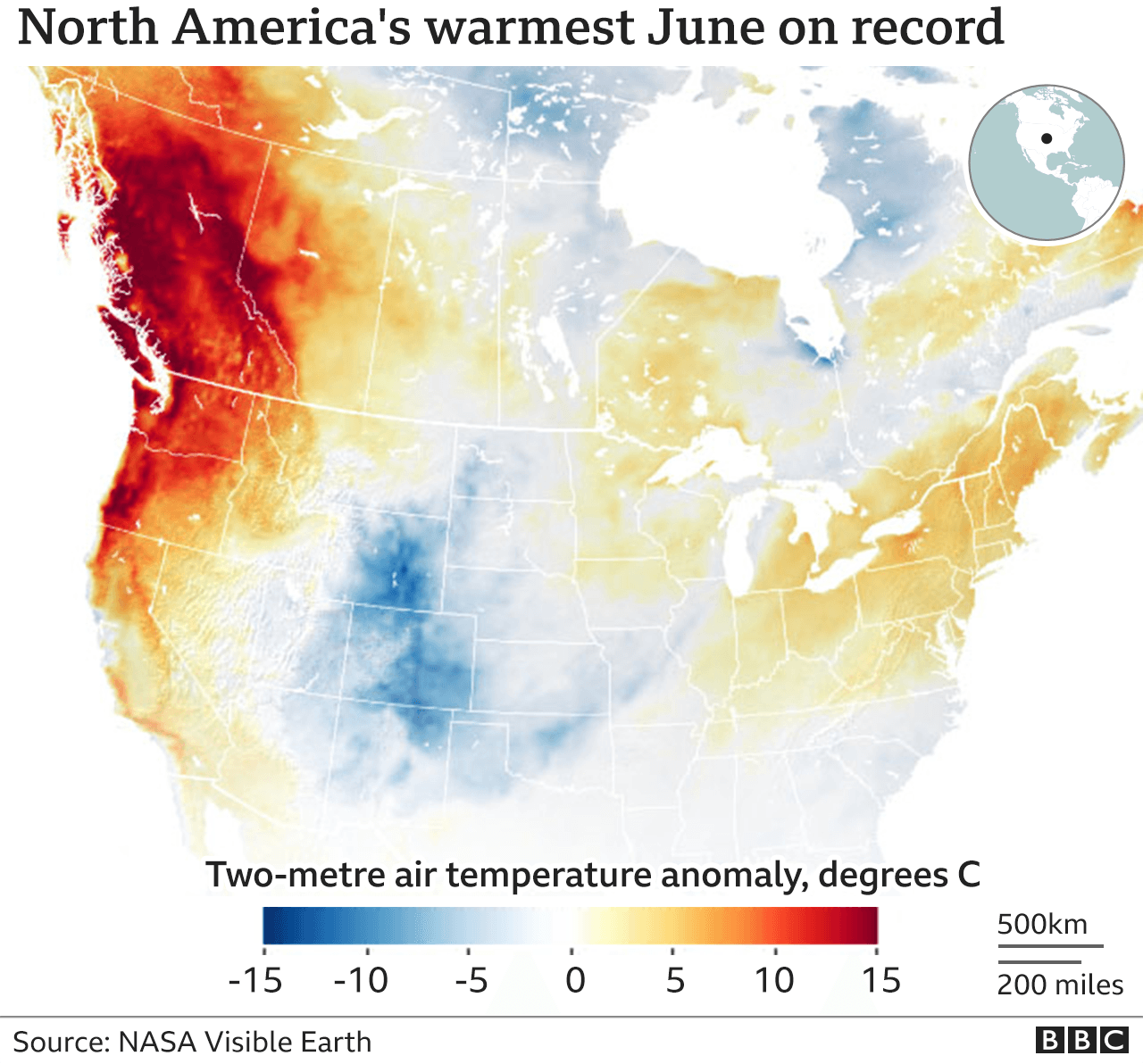 He says what meteorologists like him find shocking is not that the world is experiencing more heatwaves but that temperature records are increasingly being broken by such large margins.

In Canada and the north-western US, several cities recorded temperatures a full 5 degrees Celsius above previous records.

A Siberian heatwave last year saw temperatures more than 5C above the previous record between January and June.

A study by the Met Office on the extreme heat in the Russian region found that reaching such temperatures was almost impossible without human-caused climate change.

It anticipates similar results from studies of the Canadian heatwave. 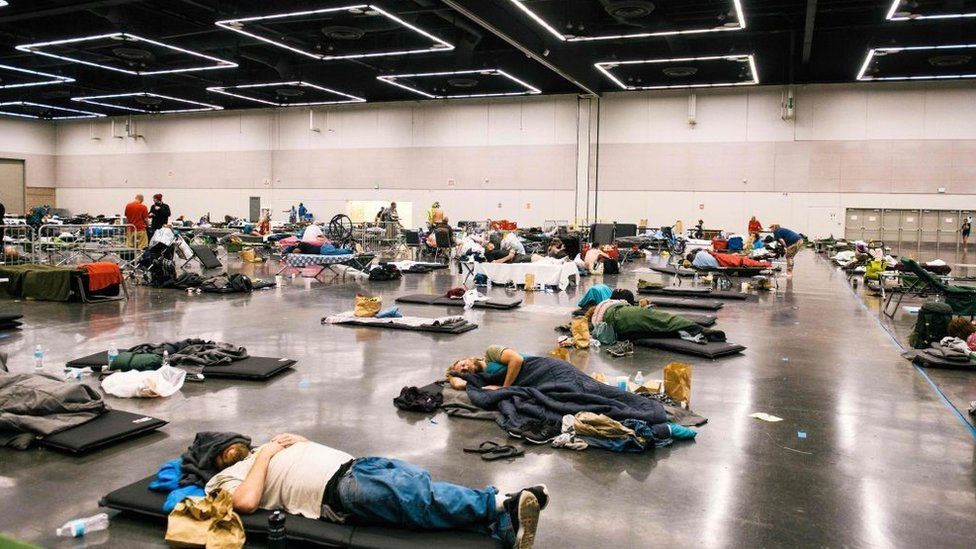 Its initial calculations suggest the odds of the sort of temperatures experienced in Canada occurring without climate change are very low indeed, says Professor Stott.

That is exactly what the science says we should expect, Prof Friederike Otto of the Environmental Change Institute at Oxford University told the BBC.

Prof Otto believes the risks from the increasing number of heatwaves the world now experiences is not taken seriously enough. 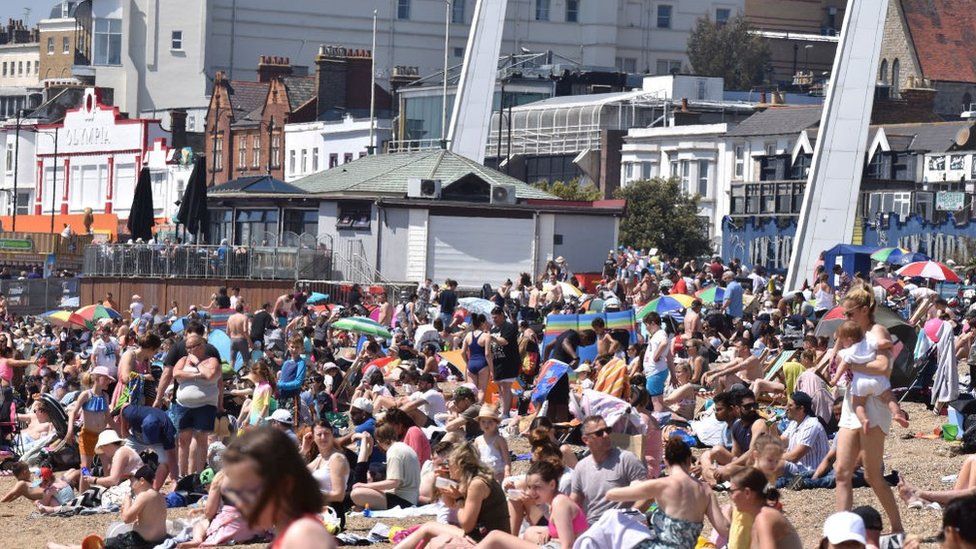 Storms and flood provide dramatic before-and-after images and cause widespread damage to property.

Heatwaves, by contrast, do not leave a trail of destruction in their wake. Prof Otto describes them as "silent killers".

"People rarely drop dead on the street, but die quietly in their poorly insulated and un-air-conditioned homes."

Indeed, how many victims these events claim is often only apparent months after the event when statisticians can calculate excess mortality.

Prof Otto says even if we do manage to achieve the dramatic reductions in greenhouse gas emissions that many countries around the world are now committed to, we will still see more frequent and more intense heatwaves than we have today.

She advises that, alongside cutting carbon emissions, we should be investing in adaption and resilience to ensure our communities can withstand the higher temperatures we can expect in the future.

Life in the 'hottest place on Earth'

Even a Single Tree Can Help Cool Down a City at Nighttime. Here’s How

This 20-inch-tall cow may be the smallest on Earth

Peculiar parasitic fungi discovered growing out of the…

How schools are turning the tide on nature deprivation

Giant dinosaur tracks found in a cave in France