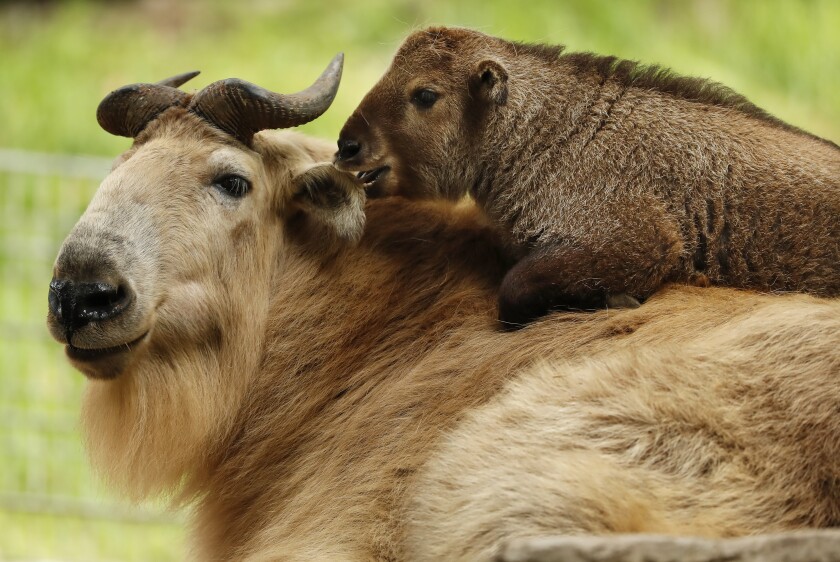 One of the San Diego Zoo’s newest and youngest animals is already finding her footing — even on rocky ground.

The zoo welcomed the birth of a golden takin, a hoofed mammal native to the Himalayas, last month. The calf, Mei Ling, is off to a fast start, packing on pounds, playing with her parents and learning to scamper across the craggy terrain of her enclosure.

She’s the first golden takin born in the Western Hemisphere. And that’s something zookeepers are excited about.

“This is a species most people have never heard of, let alone seen,” said wildlife caretaker Tammy Batson. “I have this theory: People don’t care about what they don’t know about. You can’t. If I can give you a reason to care, then you can make good decisions.”

In the wild, these animals traverse the Himalayas searching for bamboo, leaves and vegetation, sometimes traveling as high as 14,000 feet above sea level. It’s a lifestyle they’re well adapted for: Their thick straw-colored coats keep them insulated, and a cavernous nose warms frigid mountain air before it enters their lungs.

There are four takin subspecies, with coats ranging from golden yellow to brown and each living in a different area of the wild. Three of the subspecies can be found at the zoo, which has had a successful breeding program. In 1989, the first Sichuan takin born outside China was born at the zoo. And in 1993, the first Mishmi takin born in the Americas was also born at the zoo.

Takins are classified as a vulnerable species by the International Union for Conservation of Nature. In China, they’re considered a national treasure, just like giant pandas.

That’s why zoo staff were excited last fall to see Zhao mate with Bona and another female, Sue. Keepers monitored the females and noticed that Bona began putting on weight — a telling clue that she might be pregnant.

Seven months later, there was no need for guesswork. On April 14, Bona walked into a small cave in her enclosure and gave birth to Mei Ling in full view of some very surprised guests.

“Massive crowds,” Batson recalls. “Everyone’s excited. Babies draw attention no matter what species it is. People taking photos. I think that animal was probably online before I saw it!”

Within an hour of her birth, Mei Ling stood up on wobbly legs. A couple of hours later, she started nursing. And a couple of days later, she was leaping from rock to rock, just like she would in the wild.

Mei Ling weighed 16 pounds at birth and has already doubled her weight. She’ll eventually reach her mother’s size. Her coat is chocolate brown for now rather than golden, an adaptation that helps camouflage her.

The zoo’s golden takins are most active at dusk and dawn, spending most of the day resting and digesting. Mei Ling generally does the same, though she’ll sometimes jump on top of her mother or father while they’re laying down and playfully head-butt them, Batson says.

In a few months, the calf will make a complete switch from her mother’s milk to bamboo, alfalfa pellets, leaves and other solid foods. And once Mei Ling reaches six months, she’ll begin to grow a distinctive pair of horns that will eventually curve backward.

Takins use their horns to spar during mating season and for defense, though they don’t have many natural predators beyond occasional attacks from bears, wolves and leopards. Their main threat is habitat destruction from human activity and hunting.

By sharing the story of these animals, Batson hopes to show people why an animal they may have never known existed is worth protecting.

“I am part of takin conservation,” Batson said. “I’m a part of everything that I get to touch and talk about.” 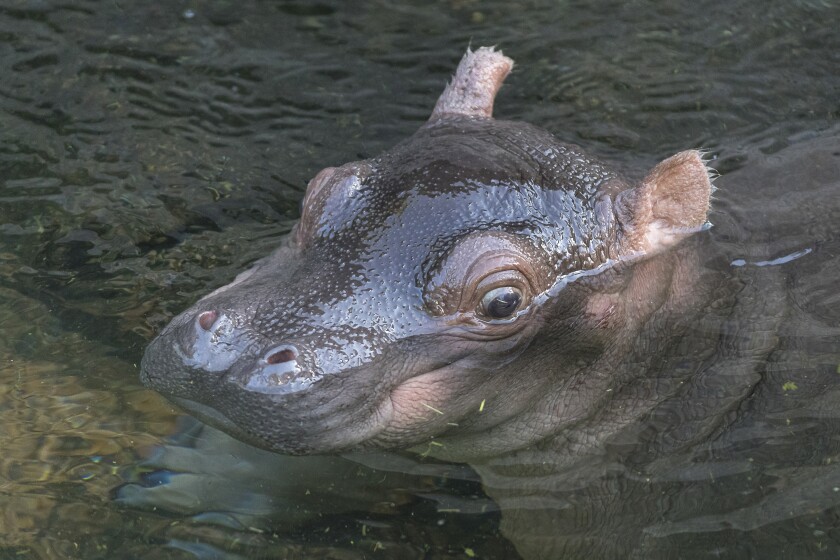 The calf is the ninth born to mother Funani since her arrival at the San Diego Zoo in 1995. 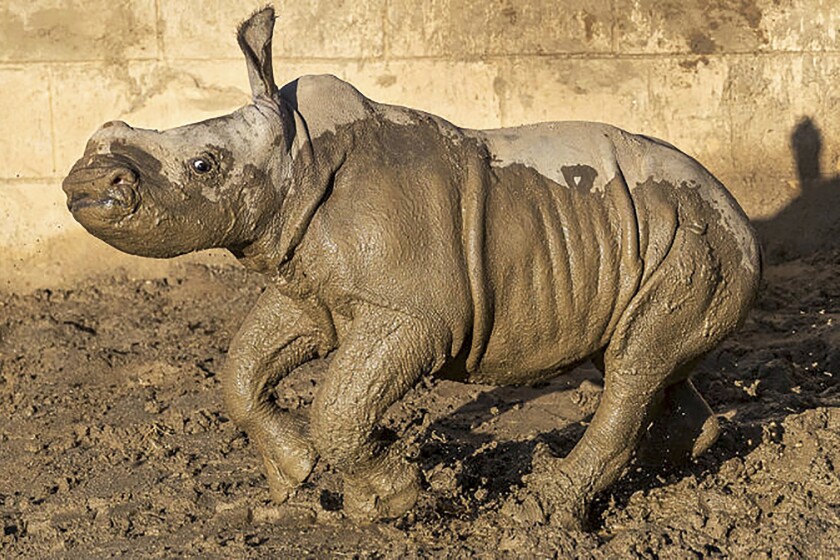 A white rhino born last month at San Diego Zoo Safari Park has been named Future for what the baby represents to rhino conservation worldwide. 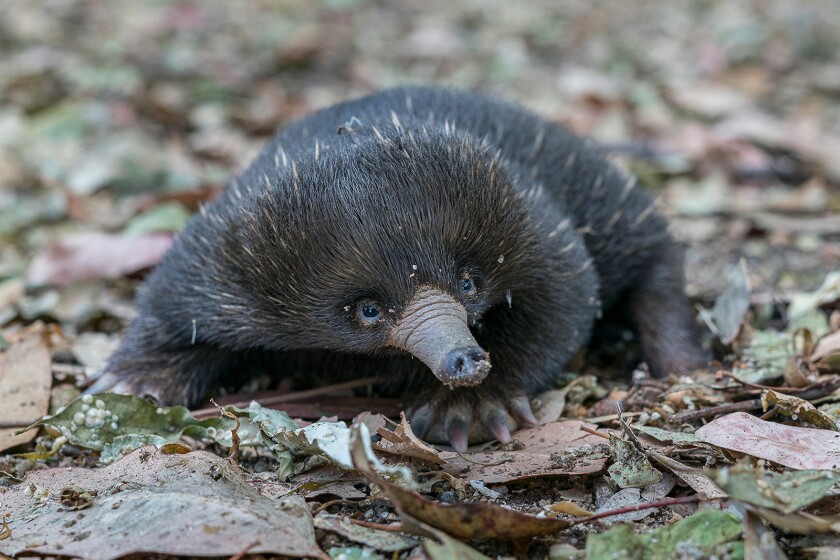 The young echidna is still small but is growing quickly.

The mystery of Denmark’s vanishing wolf pack – are hunters…