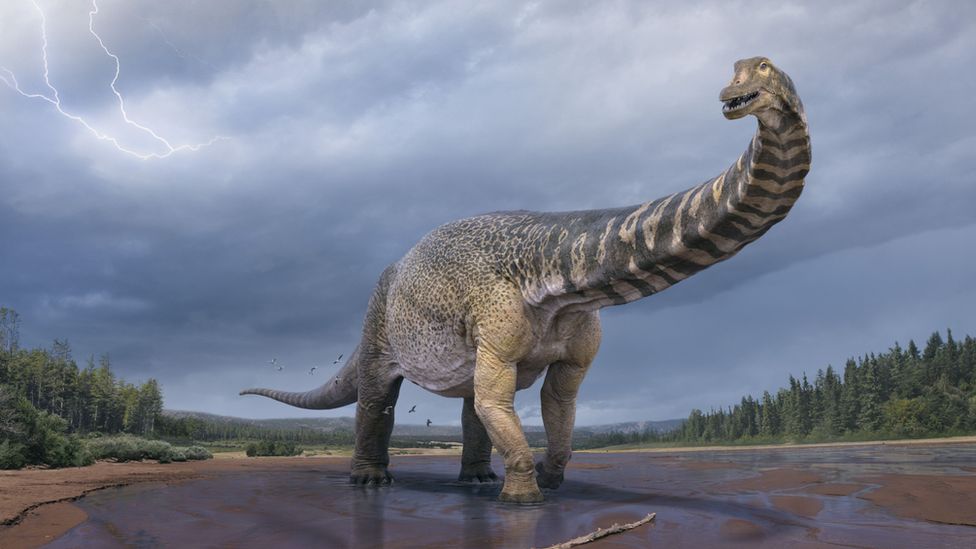 Scientists in Australia have classified a new species of dinosaur, discovered in 2007, as the largest ever found on the continent.

The Australotitan cooperensis or "the southern titan", is among the 15 largest dinosaurs found worldwide.

Experts said the titanosaur would have been up to 6.5m (21ft) tall and 30m long, or "as long as a basketball court".

Its skeleton was first discovered on a farm in south-west Queensland.

Palaeontologists had worked over the past decade to identify the dinosaur – distinguishing it from other known species by comparing scans of its bones to those of other sauropods.

These dinosaurs roamed the continent during the Cretaceous Period, about 92-96 million years ago.

The team of researchers had nicknamed the dinosaur Cooper while working on it, after the nearby Cooper Creek where it was found.

The identifying process had been a lengthy one due to the remote location of the bones and their size and delicate condition. 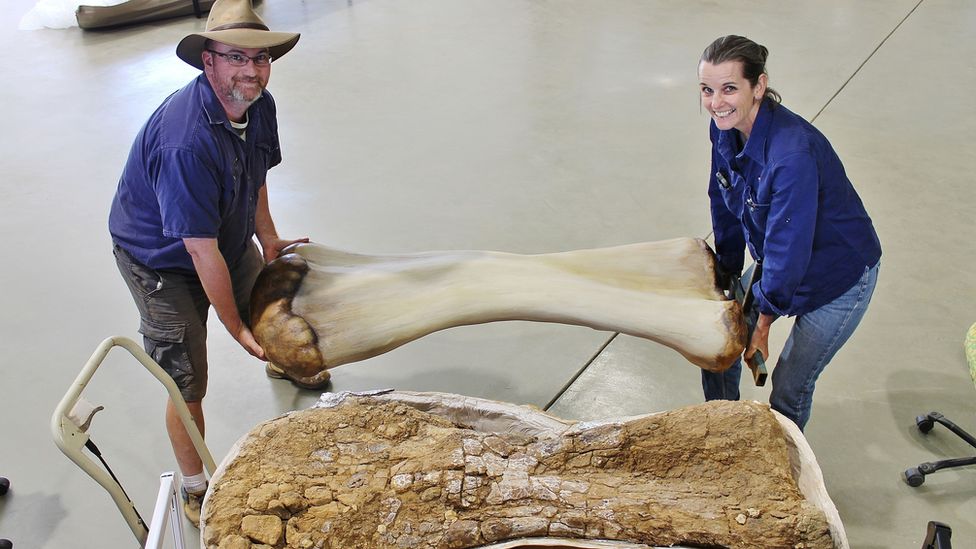 But many of the remains were found intact, said researchers from the Queensland Museum and the Eromanga Natural History Museum.

"It looks like Australia's largest dinosaurs were all part of one big happy family," said Dr Scott Hocknull, one of the lead researchers.

The bones were first found in 2007 on a family farm near Eromanga , which was owned by two of the dinosaur researchers, Robyn and Stuart Mackenzie.

"It's amazing to think from the first bones discovered by our son, the first digs with the Queensland Museum, through to the development of a not-for-profit museum that runs annual dinosaur digs, all have helped us to get to this point, it's a real privilege," Stuart Mackenzie said.

The Queensland state government welcomed the classification on Tuesday- calling it a boon for local dinosaur discovery.

"Australia is one of the last frontiers for dinosaur discovery and Queensland is quickly cementing itself as the palaeo-capital of the nation – there is still plenty more to discover," said Dr Jim Thompson, chief executive of the Queensland Museum Network.

For The First Time, a Blood Test Can Tell if Cancer Treatment Is Working Right Away

Biodiversity loss is a risk to the global financial system