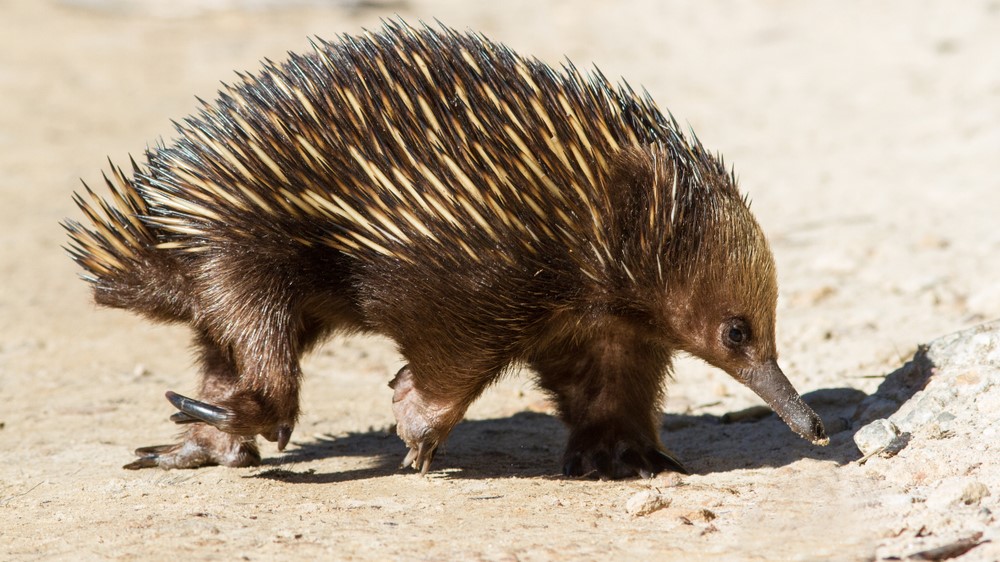 Scientists in Australia have uncovered the mystery behind the bizarre four-headed echidna penis by creating an advanced 3D model of the peculiar organ.

There are four species of echidnas that, along with platypuses, make up a unique group known as monotremes — the smallest of the three mammal groups — whose members lay eggs like birds and fish, but also produce milk like other mammals. Much about this group remains a mystery, the study researchers said.

One of the biggest monotreme mysteries is the echidna penis, which has four separate heads, or glans, at the end of the shaft. If that wasn’t weird enough, only two of the heads are used during each erection, and echidnas can alternate between which two they use.

“Exactly how echidnas do this has always been a mystery,” the study researchers said in a statement. “But for the first time we have untangled what is going on anatomically.” 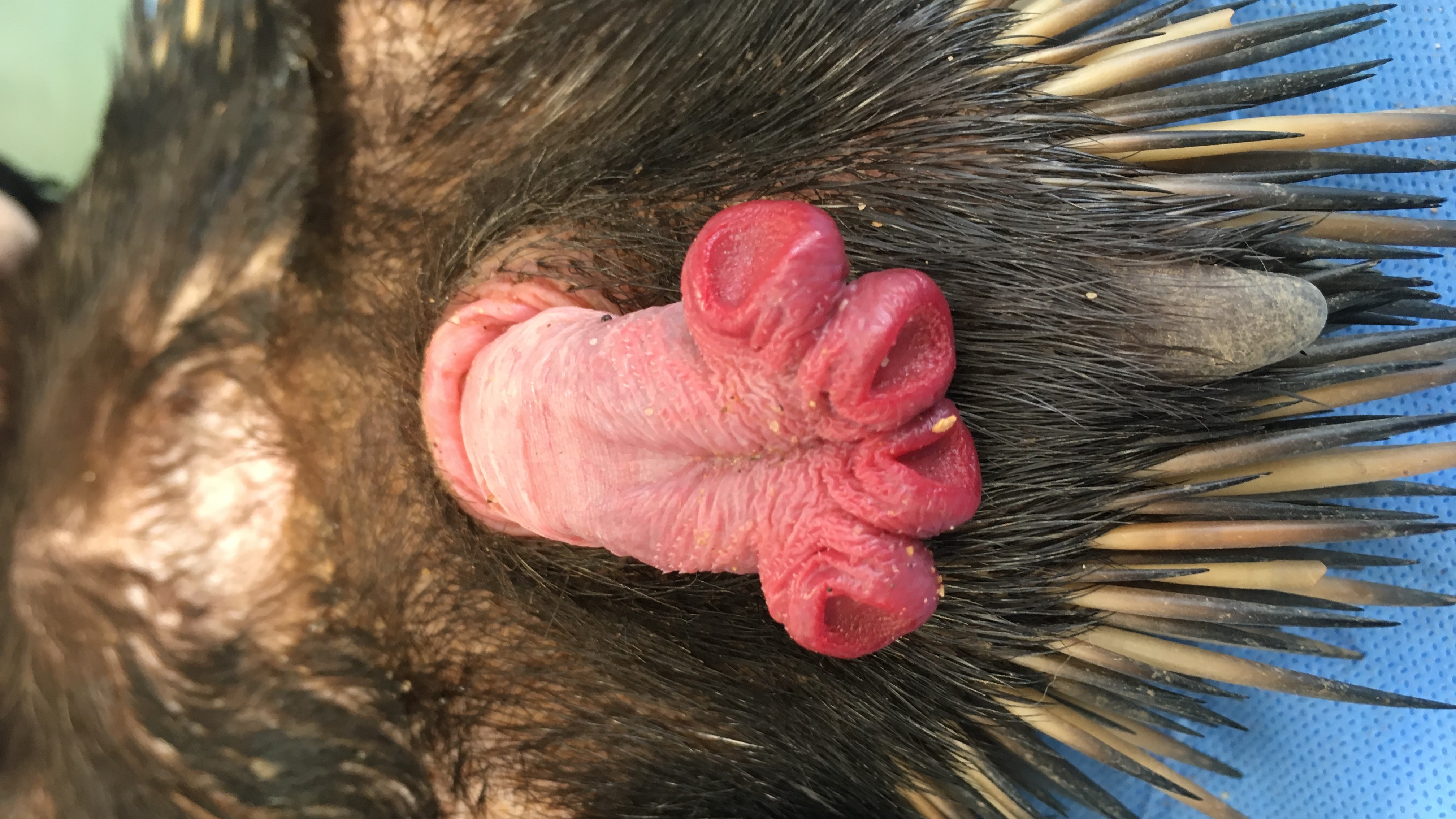 In addition to their distinctive shape, echidna penises are also unusual because, unlike those of most other mammals, they are used only for sexual reproduction and not urination. Instead, echidnas use a cloaca — a multipurpose opening for urinating, defecating and, in females, egg laying. When not in use, echidnas’ penises are retracted inside their bodies and emerge through the cloacal opening when erect; their testes, which unusually have no scrotum, remain inside their bodies all the time.

In addition to their unconventional genitalia, echidnas’ sperm are also unconventional and have the astonishing ability of being able to work as a team.

“Ejaculated semen samples contained bundles of up to 100 sperm that are joined at the tip of their heads so they form a sphere-like shape,” Jane Fenelon, lead author of the study and a reproductive biologist at the University of Melbourne, told Live Science. “These bundles have been observed to swim progressively forward in a vigorous and coordinated pattern, and bigger bundles seem to swim better than individual sperm or smaller bundles.”

Very few animals’ sperm are known to do this, and the reason behind it is unknown, Fenelon said.

To understand more about how echidna penises work, Fenelon’s team turned to short-beaked echidnas (Tachyglossus aculeatus) at a wildlife sanctuary in Australia. Unfortunately, rescued echidnas tend to have injuries, usually inflicted by road collisions, that are so severe the animals are often euthanized. But luckily for the researchers, the euthanized echidnas’ penises are still in good enough shape to study, Fenelon said.

Researchers took the euthanized echidnas and created 3D models of their penises using specialized CT scans. Normal CT scans only detect hard tissue like bones, so the researchers stained the penises with iodine to enable the soft tissues to be mapped out.

“This meant we could create a 3D model of the whole echidna penis and its important internal structures in order to see how it operates,” the researchers wrote.

The 3D computer model revealed that the urethral tube, which the sperm moves through, splits below the heads into two separate tubes, which each split again to allow for sperm to be delivered to each of the four heads. This makes sense, but the finding did not explain why only two of the heads are used during sex.

“Initially, we thought we’d find some sort of valve mechanism” that would “control the one-sided action seen in echidna,” the researchers wrote. But instead of a valve, they found that it was actually the type of tissue within the penis that was responsible.

Each tissue starts off as two different structures at the base of the penis. In most mammals, the two corpus spongiosum structures merge into one. while the corpus cavernosum remains separated. But in short-beaked echidnas, the cavernosum was merged while the spongiosum remained separate. This separate spongiosum tissue is what allows echidnas to erect each half, or pair of heads, independently from the other, the researchers said.

“We’re not really sure” why this is beneficial to the echidna males, Fenelon said, “but we think it could be an advantage for male-male competition for females.”

During a separate experiment on a living but anesthetized echidna, the researchers found that by alternating pairs of heads the individual could ejaculate 10 times in a row without significant pause. This may allow some males to gain an advantage over others, but more experiments are needed to confirm this idea.

The study was published online April 29 in the journal Sexual Development.

Brett Herron | Touching the DA on its privileged studio