Spot the leopard: Big cat on the loose in eastern China after zoo escape 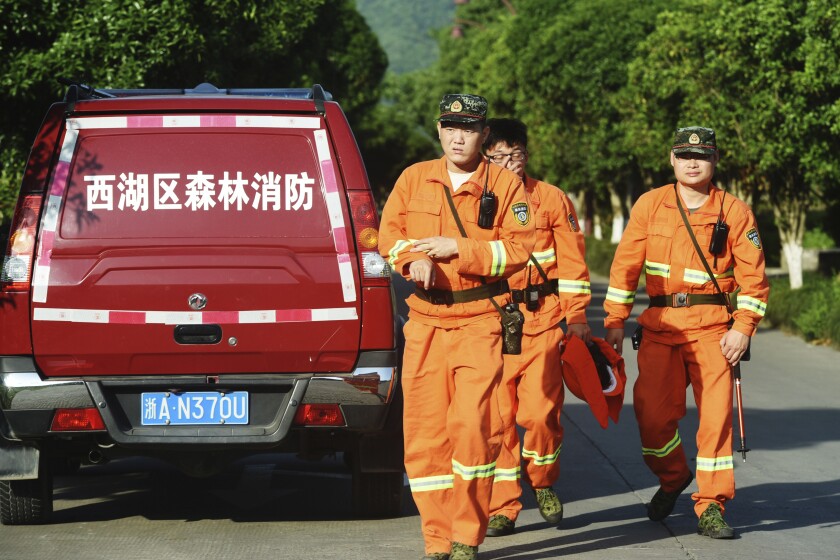 Authorities in eastern China were still hunting for the last of three leopards that escaped from a safari park, officials said Monday, as the park faced criticism for concealing news of the breakout for nearly a week.

The three leopards from the Hangzhou Safari Park were spotted by villagers as early as May 1, according to the state-owned Global Times newspaper. However, the safari park reported the missing leopards and alerted the public only on Saturday.

Two of the leopards have already been recaptured and are in good health, officials said. It is unclear how the leopards managed to escape.

Efforts to find the last leopard were ongoing as of Sunday night, according to a statement posted Monday by the Hangzhou local government on its official WeChat account.

Those searching for the animal were using equipment such as drones as well as hunting dogs.

The leopard was spotted by a drone early Sunday but fled when people attempted to approach it, according to the Global Times. 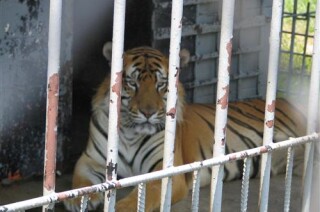 The delay in announcing the escape sparked criticism that the safari park had put people at risk, especially since the leopards were at large over the five-day Labor Day holidays in China, with hordes of tourists visiting Hangzhou, one of China’s most popular tourist cities. It is famed for its tea plantations and the scenic West Lake.

Authorities are investigating the cause of the leopards’ escape and have questioned staff in charge at the safari park.

The safari park said it was “sincerely sorry” for not announcing the incident sooner, according to a statement on its Weibo microblogging account Saturday. As the young leopards were believed to be less aggressive, the park said it did not make the announcement to prevent causing panic among the public.

The safari park has been temporarily closed while it reviews safety and management issues.

Humans Have Been Sharing Food With Animals for Centuries. Why Is That?