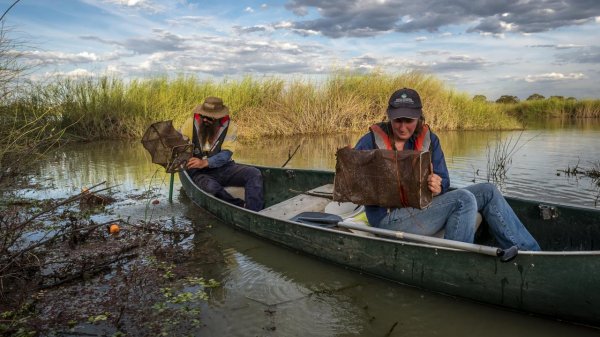 This is both a story about a little fish in a big pond, and the one that got away – twice.

It’s a tiddler. Adults of this species weigh about 8g and grow to around 9cm.

But don’t judge this fish by its size — the southern purple spotted gudgeon is a miracle.

Its 2019 discovery in Third Reedy Lake, near Kerang, northern Victoria, marked the second time this species had come back from the dead. Declared regionally extinct in the 20th century – one of many native fish species wiped out since 1788 – it was rediscovered in the early 1990s, only to be deemed* officially extinct again in 1998. 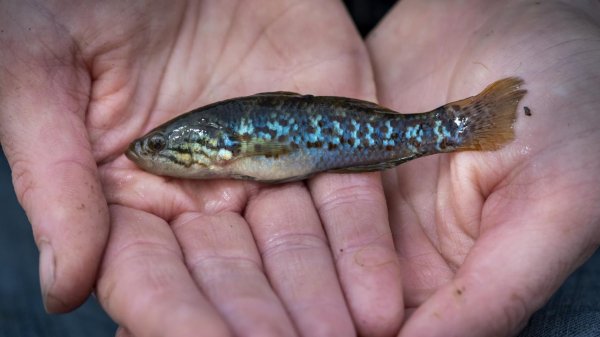 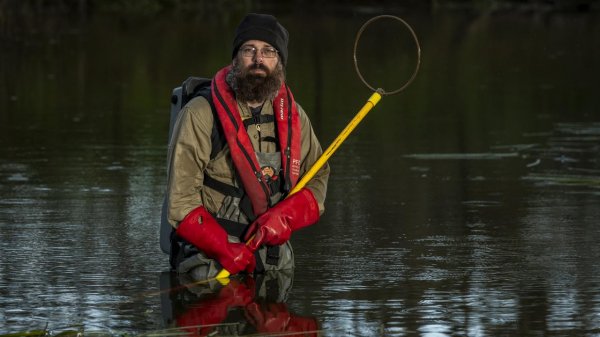 Its most recent rediscovery happened by accident, two days before the lake was set to be drained.

“We weren’t looking for it,” said environmental scientist Dion Lervais, who made the find. “Because it had been listed as regionally extinct it wasn’t on the list to be looked for. These guys live up in as much cover as they can find. The hardest bit of habitat, up under a rocky nook* or a bit of vegetation, that’s where they are.”

“It’s a beautiful specimen*; pretty striking when you pull it up in a net. It’s pretty distinctive,” Mr Lervais said. 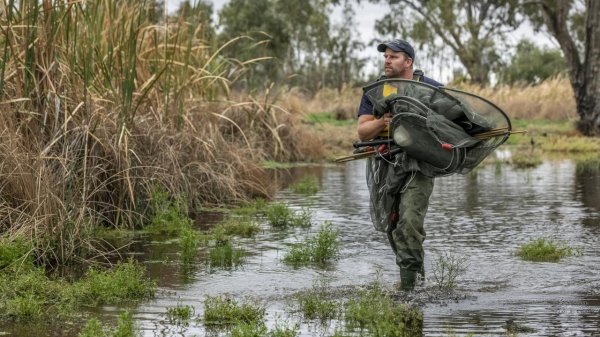 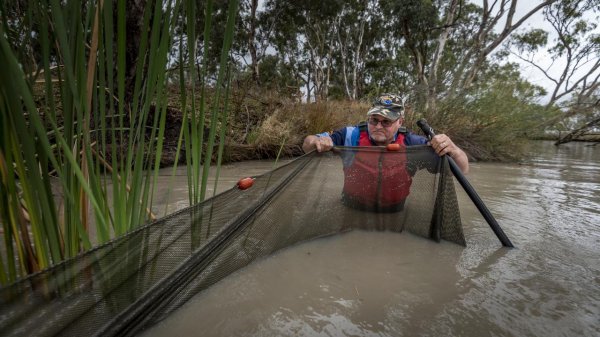 Peter Rose, project manager with Victoria’s Northern Central Catchment Management Authority, said the prognosis* for the future local survival of the purple spotted gudgeon was now good, thanks in part to recent funding for a captive breeding program. (Related species flourish in other parts of Australia.)

With its distinctive shimmery pattern, the purple spotted gudgeon made for a “great tank fish,” Mr Rose said.

“People choose goldfish and other exotic fish because they don’t know how beautiful our native Australian species are. This species is one of six wetland specialist fish, and they’re all quite attractive. They’re just so overlooked and unknown.”

Doug Gimesy’s photographs show the dedication of the humans involved in the painstaking* work to sustain this little Aussie battler.

“It really takes partnerships between government, community groups, researchers and passionate people to bring these species back,” Mr Rose said.

“In the region I work in, there are only 13 of 22 (native) species left, and of those six are listed as threatened. We’re starting from a low baseline, but there’s a lot of potential in our system at least to recover these fish. Things are looking up.” 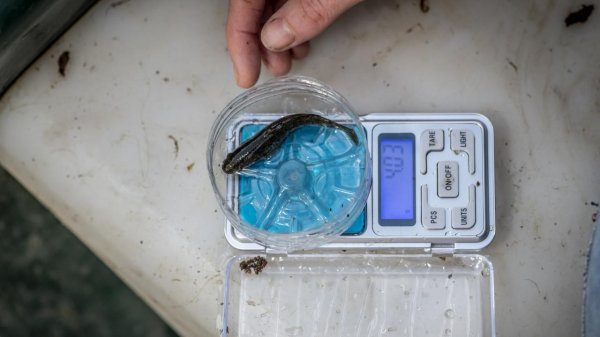 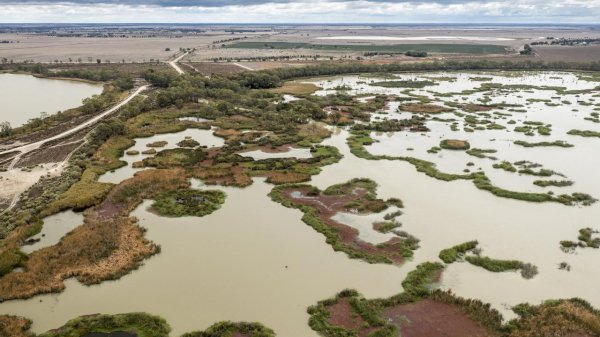 deemed: judged to be nook: crevice or hiding hole specimen: example of prognosis: likely cause of the situation painstaking: done with great care

Murray cod to be trucked to safety

What sort of fish are these? Where do they live? When were they thought to be locally extinct? What was going to happen to the lake where they were found? What do the fish look like?

CLASSROOM ACTIVITIES
1. Purple Spotted Gudgeon Mascot
It’s your job to increase the likability and popularity of Australia’s own purple spotted gudgeon fish. It’s come back from the dead twice and is a miracle fish that keeps getting found alive when it was thought the species was extinct!

Think about this description … match it with a product that it could be a mascot for. A brand or product that matches its fighting spirit and that would help boost its popularity.

Think along the lines of the Rice Bubbles mascots – Snap, Crackle and Pop and the lion mascot for Paddle Pop ice-creams.

Sketch the mascot based on the purple spotted gudgeon, give it a name and link it to a product or service.

How are you planning to advertise using this new mascot for the product?

2. Extension
Describe how you think the captive breeding program will possibly save this species. What should fish-loving enthusiasts do to help the native species?

$5,000 reward offered for information on drone crash in…