On Monday, a park in Arouca, Portugal opened a record-setting new bridge. Though it’s quite high, it’s the length of the bridge that has set a record. It’s the world’s longest hanging bridge for walkers – over five football fields long.

The 516 Arouca bridge runs between two mountains in Arouca Geopark in Portugal. The “516” in its name comes from the fact that it’s 516 meters (564 yards) long.

It’s a suspension bridge, which means that it hangs between its two ends without any supports underneath. The builders say the bridge was inspired by suspension bridges built by the ancient Inca people in the Andes Mountains in South America.

But unlike the bridges of the Incas, which were made of grass, 516 Arouca is made mainly of metal. Strong steel cables run back from the bridge to the large V-shaped supports which anchor the bridge at either end. The bridge was started in May, 2018. It cost $2.8 million, and took over two years to complete.

But even though the bridge is solidly made, it’s still a little scary to walk on. The sides and bottom of the bridge are built with a metal grid that’s easy to see through.

At its highest point, the bridge is 191 yards (175 meters) off the ground. Far, far below is the rushing Paiva River, which is a popular spot for white-water rafting.

Arouca Geopark is well-known for its beautiful natural scenery and the many outdoor activities that can be done there. There are famous rock formations and waterfalls. Along the Paiva River, there’s a 5-mile (8-kilometer) wooden walkway for hiking and viewing the scenery and wildlife. 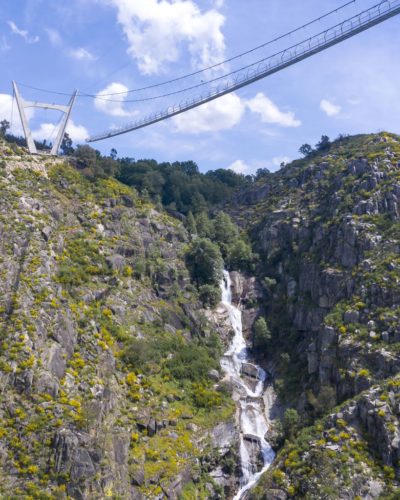 But because of the coronavirus  pandemic, the numbers of tourists in the area have been low. Though the bridge was finished last July, if wasn’t officially opened until Monday.

Now, the city of Arouca is hoping that the bridge will bring lots of tourists – and their money – to the area. Arouca’s Mayor, Margarida Belém, says proudly, “There’s no other bridge like this one in the world.” 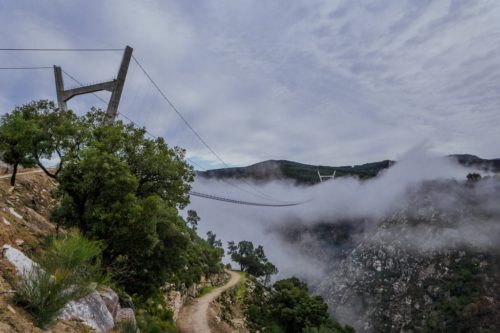 City leaders think the bridge could attract people for a lot of different reasons. Some might come for the scenery. Others might come to see how the bridge was built. But perhaps most will come to enjoy the safe, but scary experience of walking across.

The website for the bridge describes the walk as “the most exciting 516 meters of your life”. If you walk quickly, it’s possible to cross the bridge in less than 10 minutes. But many people will want to take their time to enjoy the scenery – and the thrill. 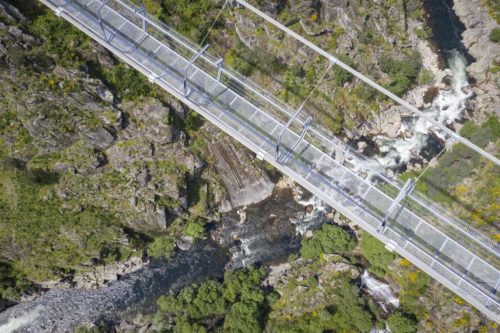 Before the official opening, people who lived nearby were invited to check the bridge out. Hugo Xavier was the first one to cross. “I was a little afraid,” he said, “But it was so worth it.”

How COVID-19 has affected overnight school trips, and why…

Q & A with the Authors of ‘Blackout’