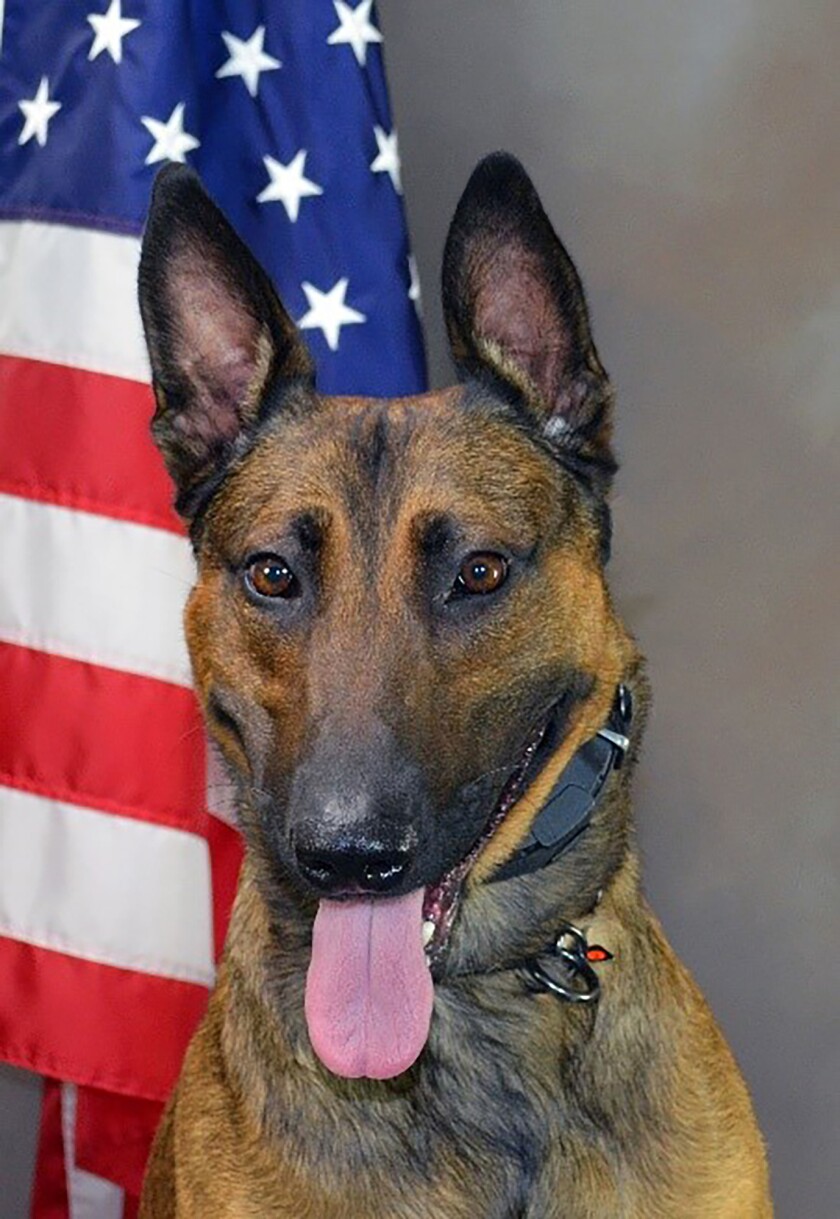 A vehicle theft suspect fatally shot a police dog in southeast Bakersfield, then was killed by return fire from officers, authorities said.

The shooting occurred late Tuesday night when officers tried to stop a reported stolen vehicle on Highway 58, the Bakersfield Police Department said in a statement.

The vehicle went off the road, up an embankment, through a chain-link fence and became disabled.

The driver fled, but with the help of a Kern County sheriff’s helicopter, was spotted at the rear of a residence.

The department said a firearm was recovered from the suspect, who was given medical aid but died at the scene. Police said his identity would be released by the county coroner’s office.

Police noted that the two officers who fired their weapons were equipped with body-worn cameras. Footage will be released “as the investigation allows it,” the statement said.

The police dog, Jango, was declared dead at an emergency veterinary hospital. He was a Belgian Malinois born in the Netherlands on Nov. 15, 2015, and assigned to his handler in March 2017.

Teachers taking ‘schools’ to students in…

Mysterious Mineral Only Ever Seen in Meteorites Inexplicably…