In “My Octopus Teacher,” this year’s Oscar-winning documentary, the filmmaker and narrator Craig Foster tells us that two-thirds of his new octopus friend’s cognition is in her arms. It’s an astonishing revelation, especially as we soon see a pyjama shark swim off with one of her still-waving tentacles in its jaws. But no problem! The octopus still has her central brain, not to mention seven other arms at her disposal, and in a metaphorical sense, so do we humans.

That’s the theme of Annie Murphy Paul’s new book, “The Extended Mind,” which exhorts us to use our entire bodies, our surroundings and our relationships to “think outside the brain.”

First, though, we have to stop thinking of the three-pound lump inside our skulls as the only cognitive show in town. We are not solo actors, stranded alone in the cosmos — forced to rely only on what’s in our heads to think, remember and solve problems — even if the pandemic has made us feel that way. Rather, we’re networked organisms who move around in shifting surroundings, environments that have the power to transform our thinking, Paul writes.

We get constant messages about what’s going on inside our bodies, sensations we can either attend to or ignore. And we belong to tribes that cosset and guide us. Still, we “insist that the brain is the sole locus of thinking, a cordoned-off space where cognition happens, much as the workings of my laptop are sealed inside its aluminum case,” Paul writes. Paul’s view is that we are less like data processing machines and more like soft-bodied mollusks, picking up cues from within and without and transforming ourselves accordingly.

To be clear, the octopus metaphor is mine, not the author’s. But the way these creatures camouflage themselves in a kelp forest and distribute their intelligence among multiple limbs made me think of Paul’s main question, inspired by a 1995 essay from the philosophers Andy Clark and David Chalmers: “Where does the mind stop and the rest of the world begin?”

This is not a new quandary for the author, a New Haven-based science writer. In 2011, she published “Origins,” which focused on all the ways we are shaped by the environment, before birth and minute to minute thereafter. Jerome Groopman summarized her thesis thus in his review of the book for this paper: “In the nature-nurture dynamic, nurture begins at the time of conception. The food the mother eats, the air she breathes, the water she drinks, the stress or trauma she experiences — all may affect her child for better or worse, over the decades to come.” 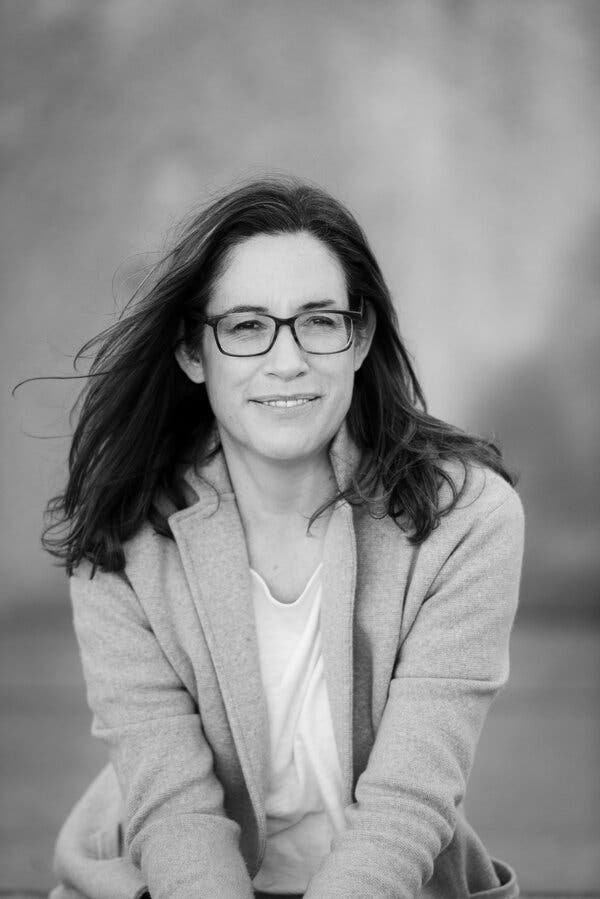 This could be a prescription for nonstop anxiety for the nine months of pregnancy, or it could just be a down-to-earth take on the science of epigenetics — how environmental signals become catalysts for gene expression. Either way, the parallel to this latest book is that the boundaries we commonly assume to be fixed are actually squishy. The moment of a child’s birth, her I.Q. scores or fMRI snapshots of what’s going on inside her brain — all are encroached upon and influenced by outside forces.

In the new book’s first section, “Thinking With Our Bodies,” Paul argues that an awareness of our internal signals, such as exactly when our hearts beat, or how cold and clammy our hands are, can boost our performance at the poker table or in the financial markets, and even improve our pillow talk. Wouldn’t it be handy to know the precise moment your heart starts going bumpity-bump? The awareness of that SOS from body to brain is called interoception, and apparently some of us are better interoceptors than others. “Though we typically think of the brain as telling the body what to do, just as much does the body guide the brain with an array of subtle nudges and prods. One psychologist has called this guide our ‘somatic rudder,’” Paul writes — a phrase so evocative I underlined it twice.

Though the workings of the body’s plumbing and electricity usually fly under our radar, Paul is on target when stating that techniques that help us pinpoint their signals can foster well-being and even alter certain cortical features. The “body scan” aspect of mindfulness meditation that has been deployed by the behavioral medicine pioneer Jon Kabat-Zinn may help people lower their heart rates and blood pressure, for example, while the German neuroscientist Tania Singer has shown how the neural circuitry underlying compassion is strengthened by meditation practice.

Paul writes with precision and flair. But she leaves out evidence that could add yet more nuance. One example: Lie detector tests, known as polygraphs, presuppose that we think with our bodies, that guided by our somatic rudders the truth will out. Spikes in heart rate and blood pressure are interpreted as signs of deception, which is why polygraphs pop up so often in police procedurals, the odd courtroom and even job screenings. One problem: Most psychologists think polygraphs are bunk. Paul might have explained why bodily signs are so unreliable in these contexts yet instructive — even therapeutic — in others.

Similarly, in a chapter about embodied cognition, which lays out the impact of gestures on thinking, feeling and memory, Paul writes that our thoughts “are powerfully shaped by the way we move our bodies.” Gestures help us understand spatial concepts; indeed, “without gesture as an aid, students may fail to understand spatial ideas at all,” Paul asserts. They enhance our memory, verbal fluency and the ability to grasp new ideas. Multiple studies are quoted. Yet two famous forays into embodied cognition — a study showing that a pencil clenched between the teeth contracts the muscles typically associated with smiling, thus making the subjects feel pleasure, and another on “power posing,” showing that striking a victory pose fosters self-confidence and even alters our hormone levels — do not make a cameo here. Why not? My guess is because Paul knows they largely failed to be replicated, meaning other researchers who repeated their experiments didn’t get the same results. The ensuing controversies have filled the pages of popular magazines. By sidestepping these studies, Paul leaves the reader to wonder about the solidity of the evidence she does present.

These are quibbles. The chapters on the ways natural and built spaces reflect universal preferences and enhance the thinking process felt like a respite. “More than half of Earth’s humans now live in cities, and by 2050 that figure is predicted to reach almost 70 percent,” Paul writes, noting nonetheless that looking out on grassy expanses near loose clumps of trees and a source of water helps us solve problems. “Passive attention,” she writes, is “effortless: diffuse and unfocused, it floats from object to object, topic to topic. This is the kind of attention evoked by nature, with its murmuring sounds and fluid motions; psychologists working in the tradition of James call this state of mind ‘soft fascination.’”

City dweller that I am, these passages were a pleasure to read and they rang true to me, as did Paul’s discussion of “socially distributed cognition” — how people think with the minds of others. If imitating experts and working in synchrony can offload some cognitive burden and ease my overextended mind, then I’m a convert.

As Our World Changes, What We Don’t Know About…

A Literal Mouse Plague Is Terrorizing Towns in Eastern…