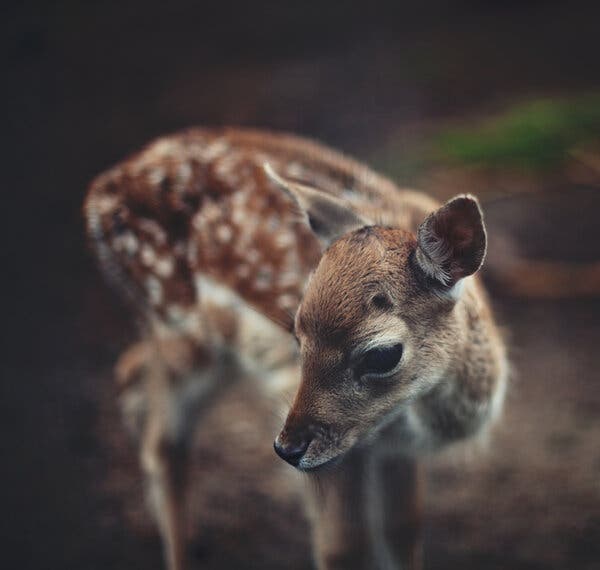 Ms. Renkl is a contributing Opinion writer who covers flora, fauna, politics and culture in the American South.

NASHVILLE — My whole family was in the yard on Memorial Day when my middle son noticed something small and gray balanced on the trunk of his brother’s car, which was parked just off the driveway under a large white pine. It was a baby bird — a wee baby bird, partly bald and partly fuzzy, hardly bigger than a quarter. Far too young to be out of the nest.

I see a lot of baby birds in this yard, but they are fledglings, generally recognizable as members of their own species. I couldn’t identify the tiny nestling on the trunk of my son’s car. Who was this poor, lost creature? I leaned in to get a closer look, and that’s when I realized the poor, lost creature wasn’t lost at all. It was breathing.

It’s hard to describe how fragile a nestling is — its weightless, hollow bones; its tender, translucent skin; its veins visibly pulsing with every heartbeat. I tucked my fingers gently under the baby’s breast. It was cold and still, its head was down and its eyes were closed, but for an instant it lifted its head and gaped at me. I could see right down its tiny scarlet throat.

The best thing to do for a healthy nestling is always to return it to the nest. If the parents are alive, they’ll start caring for their baby again. We peered up into our pine tree. No nest, at least not one low enough to see from the ground, and no sign of the baby’s parents.

Wild animals are protected by a host of federal and state laws. It’s unwise — and in most cases illegal — to attempt to raise a wild orphan without a permit. So I followed the usual steps to help a nestling with no nest: I put the baby in a nest-sized box lined with a soft cloth and put the box on a heating pad set to low. Then I contacted my nearest wildlife rehabilitation center, Walden’s Puddle, and made an appointment to bring the baby in the next morning.

In the meantime, I followed the center’s advice for temporary care. By nightfall, the baby bird was visibly stronger, and I was beginning to hope that this infinitesimal puff of avian life, this half-dead little creature that tumbled from a nest somewhere in the highest reaches of a 70-foot pine tree, might actually survive.

At dawn the nestling called out, and I leapt up as though it were my own child stirring in the half light. Now alert and bright-eyed, it had clearly figured out that I was its food source. We were a team, this baby bird and me, and if I didn’t know how foolish it would be to keep it, I totally would have kept it. In less than 24 hours, that orphaned baby bird had become my baby bird.

Thing is, it wasn’t mine. It was its own baby bird, and it deserved to live a wild life. Only a licensed wildlife rehabber could give it the best possible chance of that.

On its densely wooded property, Walden’s Puddle is nestled into an ecosystem that looks almost primeval, with towering trees and a wide, rippling creek. After my baby — which was too young to be identified even by the experts, as it turns out — was checked in, I asked Laurie Campbell, animal care supervisor at the center, how many other orphaned songbirds the staff raises every spring and summer. “Hundreds,” she said. “It’s a blur of open mouths.”

Baby birds aren’t the only youngsters brought to Walden’s Puddle by concerned people like me. The problem is that it isn’t always easy to tell the difference between a baby animal that needs help and a baby animal whose worried parents are nearby, just waiting for the worried human to go away.

Fallen nestlings need help, for example, while fledglings are best left alone. Fledglings are babies too — still learning to fly, still being fed by their parents — but they don’t belong in a nest. “Fledgling songbirds often spend several days on the ground,” said Ms. Campbell. “To us they look tiny and helpless, but if they are fully feathered, then they are fine to be on the ground.”

What about other baby animals? That depends on the species, according to Ms. Campbell. “If you find a baby opossum alone, then something has gone wrong,” she said. “But rabbits only visit the nest twice a day to nurse their babies. People find a nest with no mama in it, and they think the babies have been abandoned, but that’s not true. Same thing with fawns. If a fawn looks healthy, and it’s sitting there with its little legs folded under it, leave it alone. Mama will be back for her baby.”

Because there are so many variables, it’s always best to consult a licensed wildlife rehabber before intervening. (Help is available through the National Wildlife Rehabilitators Association, state fish and wildlife departments, and the Humane Society of the United States.)

But the best way to help wild babies is to keep them from being orphaned in the first place. Keep cats indoors and supervise dogs in the yard. Check for nests before trimming trees or, better yet, wait till winter to do the pruning. Adjust your lawn mower to the highest setting to protect ground nests and mow in the middle of the day, when wildlife is least likely to be active.

And if a wild animal has moved into your own home — if a groundhog has burrowed under your foundation, say, or a raccoon has built a nursery in your attic — don’t hire an exterminator to trap and kill it, or even to relocate it: Animals evicted from their territories rarely survive, and this time of year they leave orphans behind.

The best option is just to wait a few weeks till the babies are ready to leave the nest, and then repair the hole where they entered. If giving them a little time isn’t feasible, humane forms of harassment can inspire the mother to move her family to a more hospitable location.

Once they’re gone, start making repairs the same day, before someone else moves in, because someone will definitely be moving in. As human communities expand and people destroy more and more wild habitat, whole species will disappear from our built landscapes. Tragically, many of them will disappear from the planet.

But others will adapt, and we will find ourselves living in ever closer proximity to one another. The least we can do is learn to recognize when a wild creature needs our help. And if we can make it less convenient for them to move into our homes while creating a healthier environment for them outdoors, we can all thrive. Together.

Margaret Renkl, a contributing Opinion writer, is the author of the books “Late Migrations: A Natural History of Love and Loss” and the forthcoming “Graceland, At Last: Notes on Hope and Heartache From the American South.”

The Times is committed to publishing a diversity of letters to the editor. We’d like to hear what you think about this or any of our articles. Here are some tips. And here’s our email: letters@nytimes.com.

A generation of seabirds was wiped out by a drone in O.C. Scientists fear for their future

‘Living fossil’ fish may live for up to a…

SCBWI Gives a Boost to Underrepresented Book Creators with…

Deb Caletti on the Practical Magic of Research