This giant, leaf-eating lemur was the size of a human and had paws like a koala 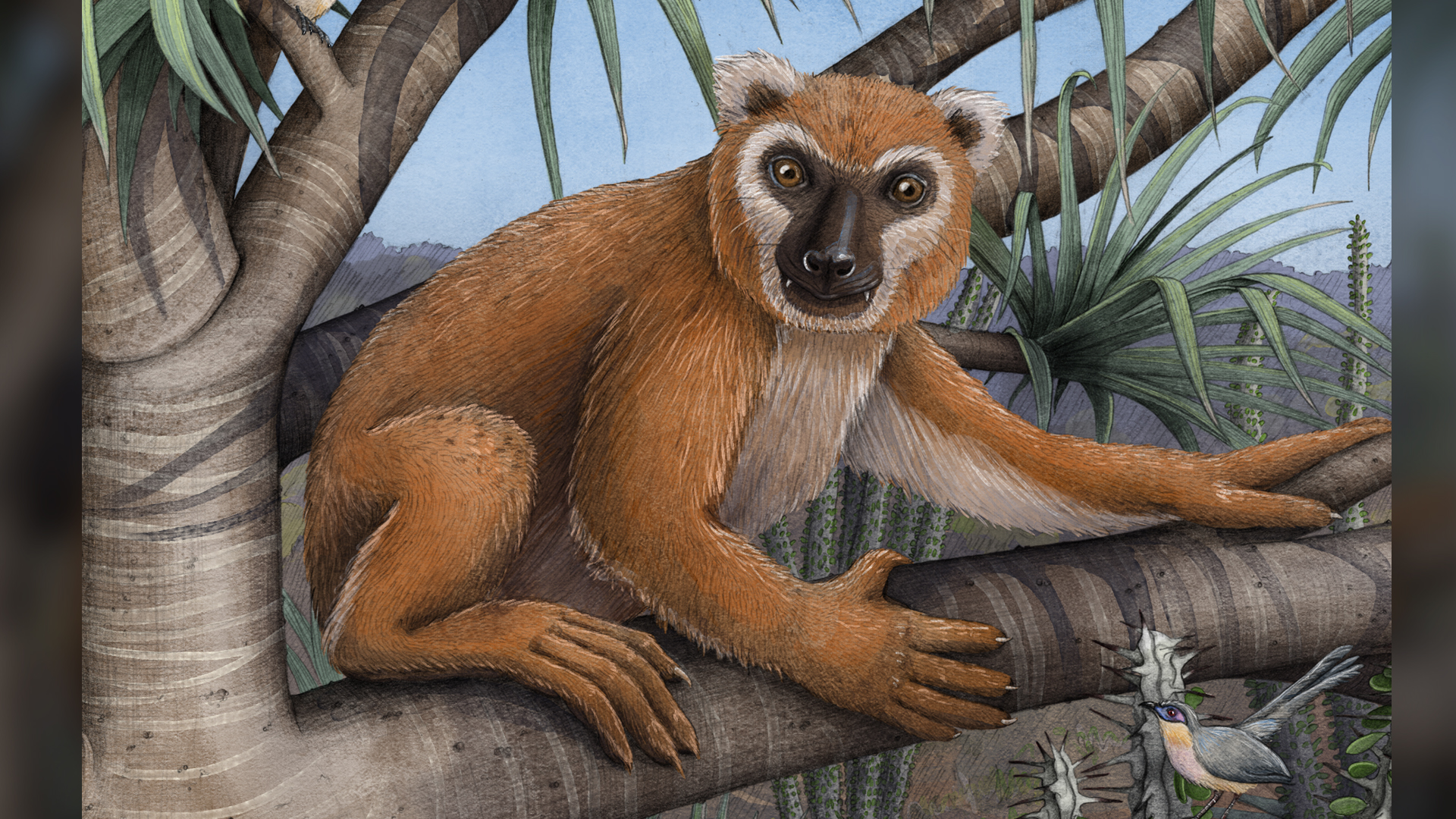 One of the largest lemurs that ever lived was a hefty animal that weighed about as much as an adult human. Turns out, the behemoth attained its enormous size by eating leaves, according to an analysis of its genome.

Koala lemurs (Megaladapis edwardsi) measured up to 5 feet (1.5 meters) long and weighed about 187 pounds (85 kilograms), and were one of at least 17 giant lemur species that once lived on Madagascar. But as ancient DNA typically doesn’t preserve well in tropical and sub-tropical climates, very little genetic information about these massive, extinct lemurs has survived to the present.

However, scientists recently hit the DNA jackpot after analyzing hundreds of bones from extinct lemurs. They identified a koala lemur jawbone that was 1,475 years old but still had viable genetic material. This enabled the researchers to find a new place for the mysterious giant on the lemur family tree.

All lemurs, living and extinct are members of the primate family, which includes monkeys, great apes, humans and our extinct relatives, such as Neanderthals. Koala lemurs’ common name references koalas (which are marsupials, not primates) because they have similar bodies: long arms, short legs and big feet for clutching tree trunks and branches, according to the Duke Lemur Center in Durham, North Carolina.

Scientists previously suspected that giant, tree-dwelling koala lemurs were leaf-eaters because animals that specialize in leafy diets typically have bigger bodies compared with relatives with more varied diets, said lead study author Stephanie Marciniak, a postdoctoral scholar in the Department of Anthropology at Penn State University. There are more than 100 lemur species on Madagascar today, but the biggest lemurs disappeared between 500 and 2,000 years ago.

“It was the large-bodied species that predominantly became extinct, rather than smaller species that existed at the same time,” Marciniak told Live Science in an email. “The habitats that the giant lemurs were adapted to likely changed substantially, impacting their ability to survive.” 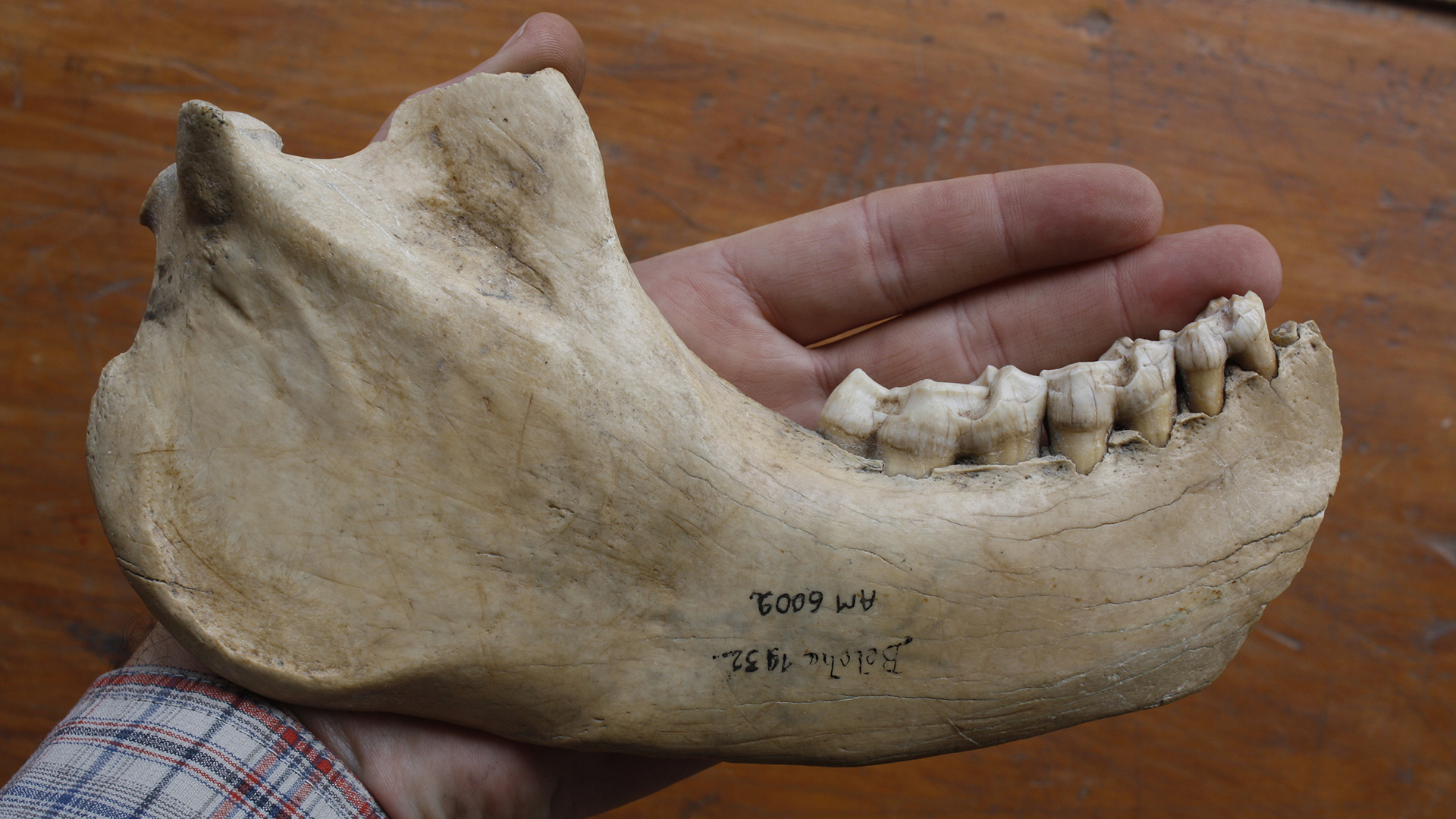 For the new study, the researchers sampled DNA from the koala lemur jawbone. Because the jawbone’s preservation was so good, the scientists were able to conduct nuclear genomic analysis — reconstructing the koala lemur’s genome from DNA in the cell’s nucleus, which provides genetic data from both parents. Mitochondrial DNA, by comparison, sometimes is preserved when a cell’s nucleus is not, but such DNA contains genetic information only from the mother.

“The nuclear genome has thousands of independent markers of ancestry compared to the mitochondrial genome, so it’s well-suited to definitively address the relationship of Megaladapis to other lemurs,” Marciniak said.

Then, the scientists compared the koala lemur DNA to that of modern lemurs, including two species that occupy different branches on the lemur family tree: red-fronted lemurs (Eulemur rufifrons) and weasel lemurs (Lepilemur mustelinus). Prior analysis of koala lemurs’ skulls and teeth suggested that koala lemurs were close relatives of weasel lemurs. But the newfound genetic data told a different story, placing the extinct giants closer to red-fronted lemurs.

“This means that the similarity in skeletal and dental traits between Megaladapis and Lepilemur are likely part of their adaptations to a similar diet and ecological habitat/pressures,” Marciniak said in the email. 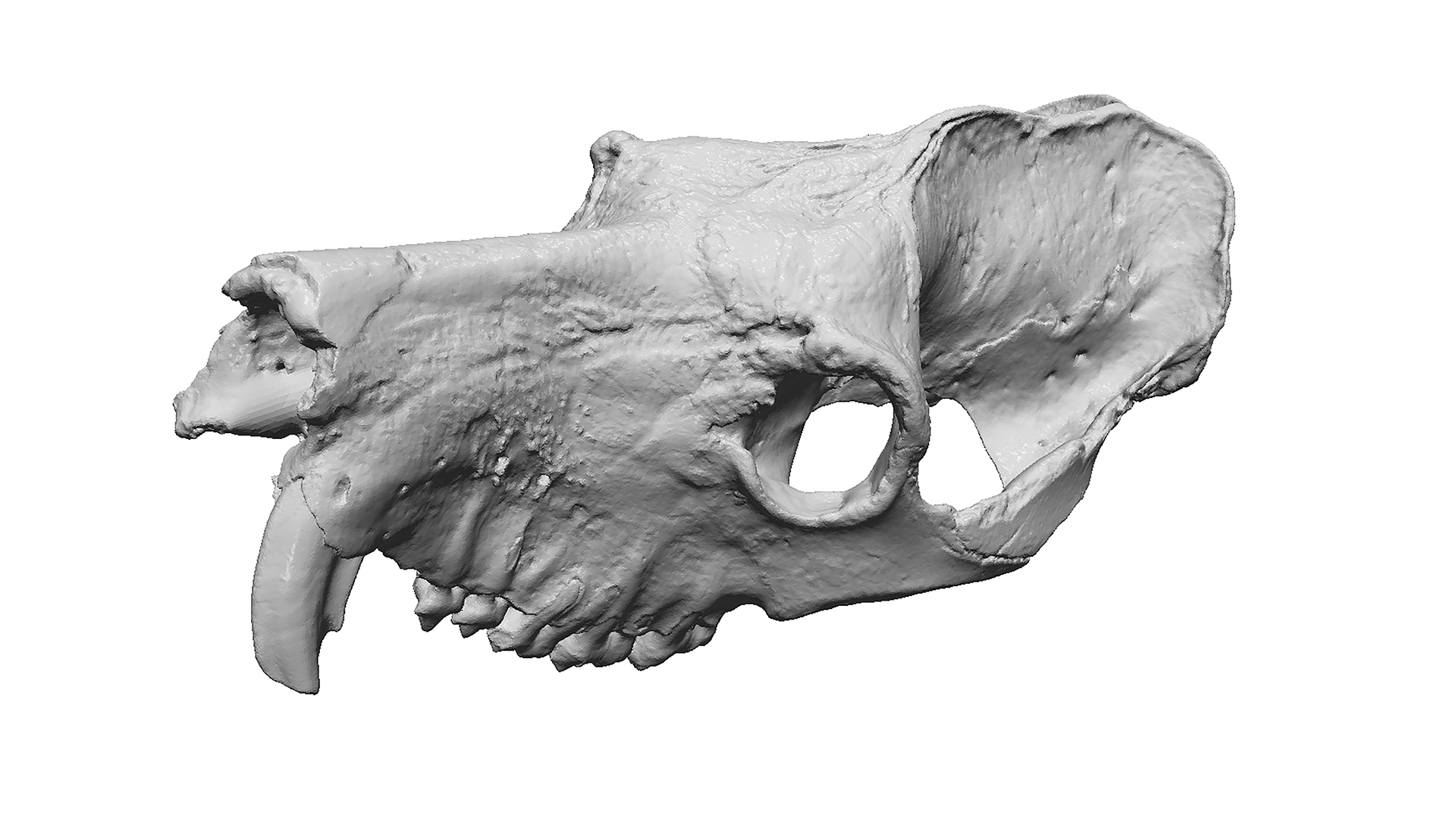 The scientists also analyzed genetic data for clues about koala lemurs’ habits and biology. They compared koala lemur DNA to that of 47 animals that were not lemurs, and found similar protein-encoding genes in golden snub-nosed colobine monkeys (Rhinopithecus roxellana), and in horses (Equus caballus). These genes help herbivorous horses and leaf-eating snub-nosed monkeys absorb nutrients and break down leafy plant toxins, and hinted that koala lemurs were specialized leaf-eaters too, according to the study.

Decoding koala lemurs’ ancient genome could offer new paths for exploring how other giant extinct lemurs evolved in their Madagascar habitats through dietary or other ecological adaptations, Marciniak said.

The findings were published on June 24 in the journal Proceedings of the National Academy of Sciences.

Mindy Weisberger Mindy Weisberger is a senior writer for Live Science covering general science topics, especially those relating to brains, bodies, and behaviors in humans and other animals — living and extinct. Mindy studied filmmaking at Columbia University; her videos about dinosaurs, biodiversity, human origins, evolution, and astrophysics appear in the American Museum of Natural History, on YouTube, and in museums and science centers worldwide. Follow Mindy on Twitter.
Source

Fire lookouts: The US Forest Service lookouts watching for fires

How Do You Solve an Extinction Mystery? Put a Tiny Computer…

Scientists discover a new class of memory cells for…