Scientists are reporting what they say is the longest sediment avalanche yet measured in action.

It occurred underwater off West Africa, in a deep canyon leading away from the mouth of the Congo River.

Something in excess of a cubic kilometre of sand and mud descended into the deep.

This colossal flow kept moving for two whole days and ran out for more than 1,100km across the floor of the Atlantic Ocean.

The event would have gone unrecorded were it not for the fact that the slide broke two submarine telecommunications cables, slowing the internet and other data traffic between Nigeria and South Africa in the process.

And also because of the prescient action of researchers who had lined the length of the Congo Canyon with instruments capable of measuring current and sediment velocities.

"We had a series of oceanographic moorings that were hit by the event, which broke them from their seafloor anchors so that they popped up to send us an email," said Prof Peter Talling from Durham University, UK.

"This thing gradually got faster and faster. Because it erodes the seabed as it goes, it picks up sand and mud, which makes the flow denser and even quicker. So, it has this positive feedback where it can build and build and build," he told BBC News. 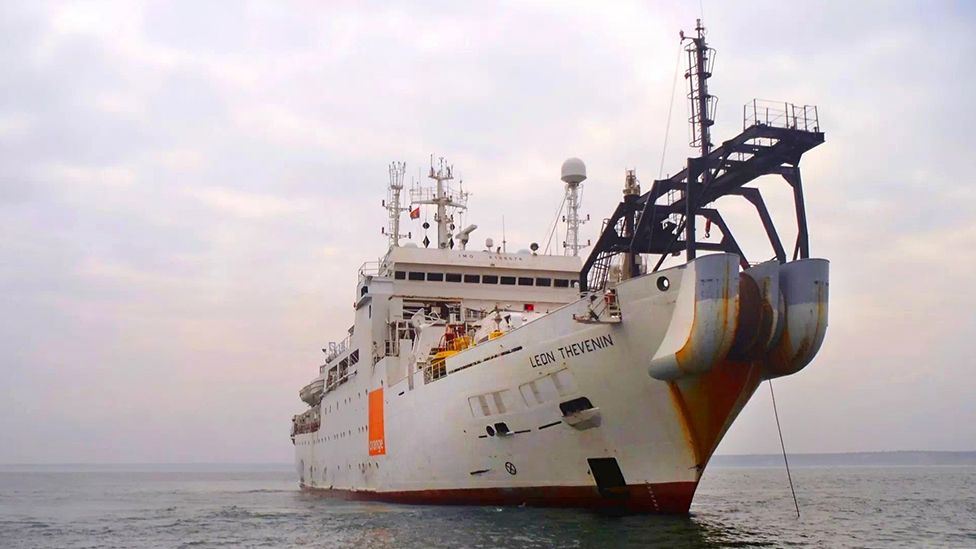 The underwater avalanche – more properly called a turbidity current – was initiated on 14 January last year. It's only being reported now because scientists needed time to recover the sensors and fully analyse their data.

The team says two factors combined to prime and then trigger the prodigious flow.

The first was an exceptionally large flood along the Congo River in late December 2019. A 1-in-50-year occurrence, this delivered vast quantities of sand and mud to the head of the underwater canyon. But this was still two weeks before the slide. 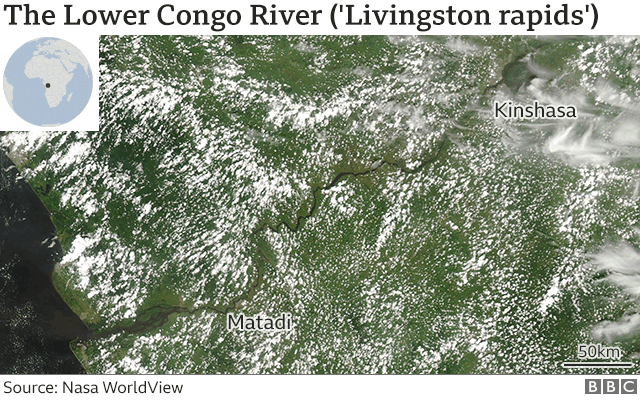 What followed in January, however, were some unusually big spring tides.

"The turbidity current we think was triggered at low water, at low tide," said Prof Dan Parsons from Hull University.

"As the loading of the ocean above declines, so you get a change in the pore water pressure within the sediment – and that's what allows it to fail.

"But first you have to load the dice by delivering the sediment. Then the tidal signature can kick everything off."

The analysis shows the turbidity current reached the shallowest of the team's velocity profilers at 22:31 GMT on 14 January 2020, and arrived at the final instrument almost 24 hours later at 21:01 GMT on 16 January. By that stage the slide had reached an ocean depth of more than 4,500m.

The team had an early assessment of the speeds involved simply by noting the times when their sensors surfaced.

The recovery of the profilers, though, enabled the rough velocity calculations to be properly calibrated.

This showed the flow initially travelled at 5.2m/s in the upper canyon, but then continuously sped up to 8m/s by the time it reached the end of the channel.

Prof Talling and colleagues have detailed the event in a White Paper aimed particularly at the international submarine cable sector.

There are important lessons on how to mitigate risks.

It's obviously not possible to predict with certainty when a damaging turbidity current will occur, but knowing something about the conditions that trigger sediment failures could influence the global positioning of cable repair ships.

The occurrence of another flood along the Congo River like the one experienced in December 2019 would make it wise to keep a vessel on standby in the region, for example.

The two cables that broke in mid-January 2020 – the South Atlantic 3/West Africa (SAT-3/WASC) cable and the West Africa Cable System (WACS) – were repaired within a few weeks. But there have been additional breaks since as further sediment has tumbled downslope.

One interesting finding concerns why some cables get severed and others do not. This may relate to differences in erosion rates along the flow path.

In some areas, the turbidity current will dig deep into the seafloor, while in others, large amounts of sand and mud are dumped.

The Congo study is the first to document this patchwork effect of erosion and deposition.

"This is new information for the cable industry and is being used to design new routes in this and other canyons – to avoid the areas that are most likely to experience deep erosion (immediately upstream of steep steps in the canyon that look like underwater waterfalls, known as 'knickpoints') as this will leave the cable more vulnerable to damage," explained Dr Mike Clare, a marine geoscientist at the UK's National Oceanography Centre and who advises the International Cable Protection Committee. 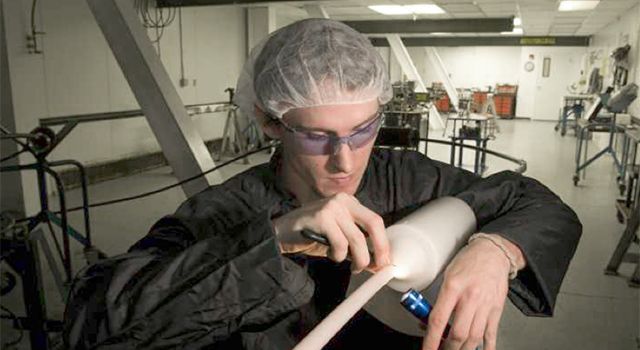 It's hard to overstate the importance of the global submarine cable network.

More than 99% of all data traffic between continents goes through these connections, including daily money transfers to the value of trillions of dollars.

The research in the Congo Canyon has wide-ranging participation, including from IFREMER (Institut Français de Recherche pour l'Exploitation de la MER) in France and GEOMAR Helmholtz Centre for Ocean Research in Germany. The project is co-led from Durham and Angola Cables.

For The First Time, Physicists Have Confirmed The Enigmatic Waves That Cause Auroras

Tasmanian devils wipe out colony of little penguins in major…

For The First Time, Scientists Have Connected a…

A Literal Mouse Plague Is Terrorizing Towns in Eastern…