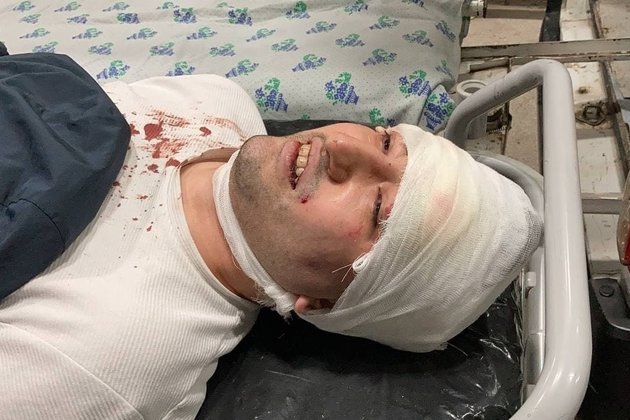 Police in Uzbekistan have filed a criminal case on grounds of slander against an online personality who was recently the target of a savage beating over his LGBT-positive views.

The Tashkent branch of the Interior Ministry said in a statement on April 30 that Miraziz Bazarov insulted the public through his social media activity.

Bazarov’s lawyer, Sergei Mayorov, has said that the suspected trigger for the investigation were his client’s remarks in a TikTok video in which he spoke about how “school is a place where old slaves and losers teach children to be slaves and losers.”

Although Bazarov was himself the victim of a serious crime, the police appear indisposed to investigate his March 29 beating seriously. The assailants who left him with severe injuries that required weeks of hospitalization have not been apprehended.

Mayorov told RFE/RL’s Uzbek service, Radio Ozodlik, that Bazarov was detained by police immediately upon being discharged from hospital on earlier this week.

Police said in their statement that the complaint against Bazarov was filed collectively by 28 members of the public and a group of teachers from Tashkent’s School No. 110. The complaint stated that Bazarov had “offended citizens and their families” “wounded women’s self-esteem with his slanderous statements,” “ridiculed national traditions and sown interethnic strife.”

The offending video is believed to have been published in October 2019.

The true motivation behind the police investigation is more likely related to Bazarov’s social media activity, however.

The online personality caused considerable controversy by using his Telegram channel in particular to call for the decriminalization of male homosexual relations, which are still punishable under the law in Uzbekistan.

That anger reached fever pitch in the hours before his assault when a mob of several dozen men chanting “Allah hu Akbar” descended onto Tashkent’s central Amir Temur square in the hunt of a purported LGBT gathering organized by Bazarov. The event was in fact a get-together of fans of K-Pop and Japanese anime comics.

Mayorov told Eurasianet that he believes the intent of the police is to neutralize his client and that they sought to concoct grounds to prosecute him.

“They entered his apartment and conducted an illegal search in the hope that they would find incriminating material on his electronic devices,” the lawyer said.

School No. 110, which is understood to be behind this criminal case, has itself acquired some degree of notoriety of late. Reports emerged in mid-April of teachers at the school checking pupils for the height of their socks. The suggestion being that short socks are somehow indicative of LGBT sympathies.

This episode, which was brought to public attention when an advisor to the Justice Minister complained about it on social media, drew widespread derision. Education officials later denied they had issued any directives to schools to inspect pupils’ socks.

Mayorov told Eurasianet his client is currently under house arrest pending investigations and is not being permitted to use the internet. He is also forbidden from using the phone or leaving the house, the lawyer said.

How many T. rexes were there? Billions