In the animated film “Finding Nemo,” a stealthy anglerfish gaped silently at passing fish, its lightbulb-like antennae hovering in front of its head and its jagged jaws spread wide as it worked to lure unsuspecting prey into its mouth. 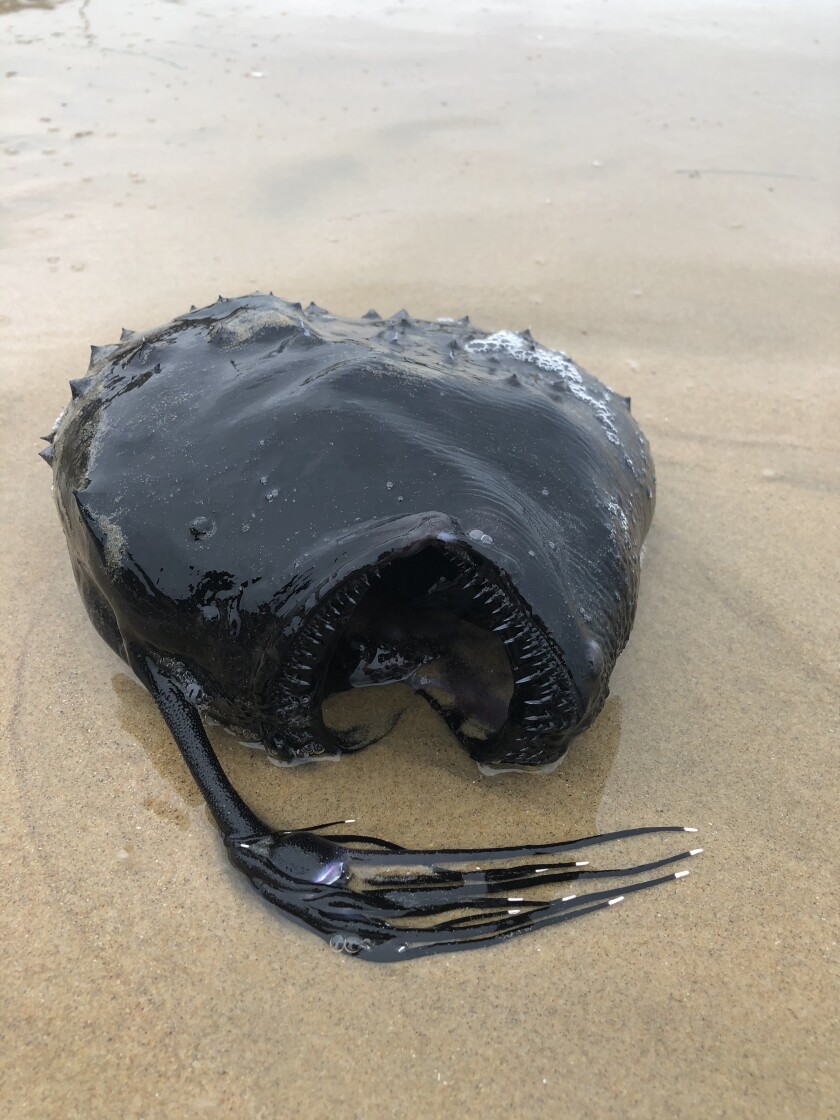 In modern day Newport Beach, a cousin to the deep-sea creature washed ashore last week, far from its normal clime.

7:07 PM, May. 12, 2021An earlier version of this story said the anglerfish is not a rare species itself; it is indeed rare. Also, the Los Angeles County Natural History Museum has only three of this species of anglerfish, not three specimens in total.

“I don’t know if he understood the implications of what he found,” Roame said. “It happens when you’re walking along — you find dead things here and there that just shouldn’t be on the beach. The thing about this was that it was almost perfectly intact. Where did it come from that deep below?”

The anglerfish is generally known by the luminescent bulb that dangles on a rod atop its head, drawing prey like fish to bait — literally. Children may recognize the swimmer from “Finding Nemo,” when an anglerfish attracts Dory and Marlin to its light before chasing them.

“This one is a very elaborate, complex lure that is pretty easy to tell it apart from other fishes,” said Bill Ludt, assistant curator of ichthyology at the Los Angeles County Natural History Museum.

The anglerfish usually live around 3,000 feet below the water’s surface, according to Roame.

“They’re just so deep that not a lot of people get to see them or study them,” Roame said. “For it to just float up and show up on a local beach off our California coast, many things had to go right for that to happen. … We were all just geeking out over the fact it was there.” 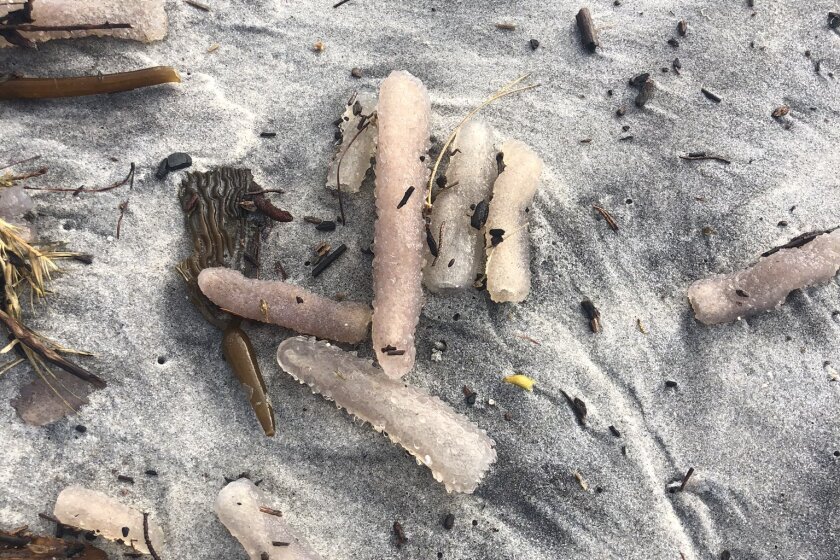 As of Monday morning, the fish was frozen at Crystal Cove State Park while state officials sorted out where it would ultimately be placed, according to John Ugoretz of the California Department of Fish and Wildlife.

“I couldn’t speculate on how it ended up on the beach, but it is not entirely uncommon for deep-water species to occasionally do so,” Ugoretz wrote in an email.

Still, the sight of the fish surprised some experts for its near-perfect condition. The anglerfish is a rare species, Ludt said, and he found it unusual for one to wash ashore.

“It’s not something that comes up too often, especially in the condition that it’s in,” Ludt said.

The museum has only three specimens of this species of anglerfish in its collection of about 3 million fish, Ludt said, and only one is from California. He hopes to add the Newport Beach discovery for future researchers.