Scientists report that over the last 40 years, Atlantic right whales have been growing smaller. The main reason is that they’re getting entangled (caught up in) ropes, nets, and other fishing gear.

Scientists began noticing that 5 and 10-year-old whales sometimes looked like they were only two years old. The researchers decided to compare pictures of the endangered whales taken long ago to more recent pictures. 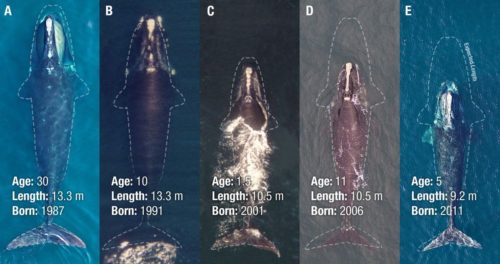 They found big differences in size. They learned that an Atlantic right whale born today is likely to be about 3.3 feet (1 meter) shorter than one born in 1980.

The scientists say that most of the drop in size is the result of whales dragging fishing gear behind them as they swim. That leaves them with less energy for growing. One expert compared it to a human walking around constantly carrying a heavy weight. 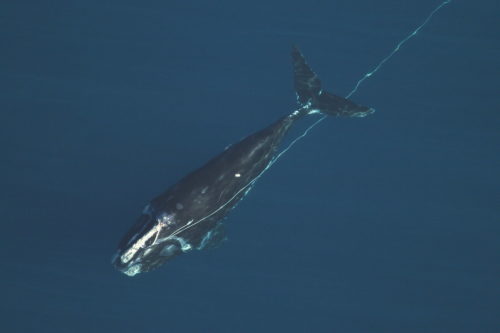 Mother whales that are entangled are also likely to give birth to smaller calves.

Only about 400 Atlantic right whales are left, and they face several other threats. The researchers say these animals need protection as quickly as possible.

When scientists investigated, they found that the whale’s DNA matched DNA from a group of endangered Pacific gray whales. Only about 200 of these whales are still alive and they live in the far north, near eastern Russia. 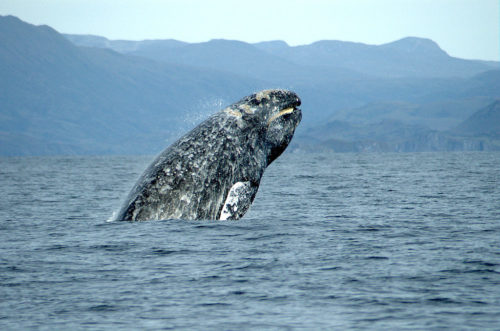 Since these whales normally only migrate about 5,000 miles (8,000 kilometers), the scientists believe the whale was probably lost. It may have been confused by the melting Arctic sea ice, which could be allowing whales to travel in waters they don’t normally visit. 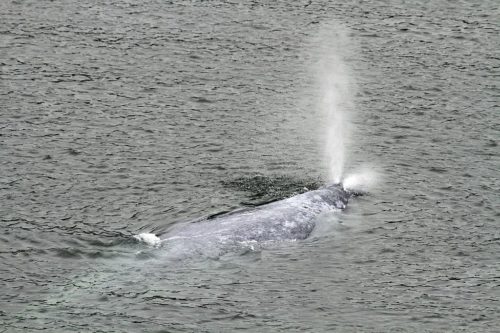 Since 2002, special underwater microphones called “hydrophones” have been set up in the world’s oceans. The hydrophones are used to detect if any countries test nuclear weapons underwater.

Now, researchers have used recordings from these hydrophones to locate an unknown group of pygmy blue whales.

Even though they’re the smallest kind of blue whales, pygmy blue whales are still huge – about 79 feet (24 meters) long. They’re seen much less often than many other whales. They live far from land and don’t often break the ocean’s surface. 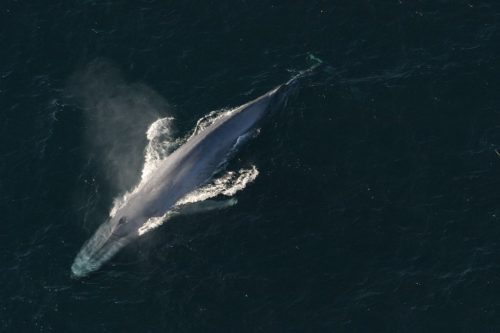 But blue whales have strong, low-pitched songs that can travel for up to 310 miles (500 kilometers) underwater.

Scientists knew that there were four large groups of pygmy blue whales in the Indian Ocean. They had also detected a whale song among all the noise recorded by the hydrophones. 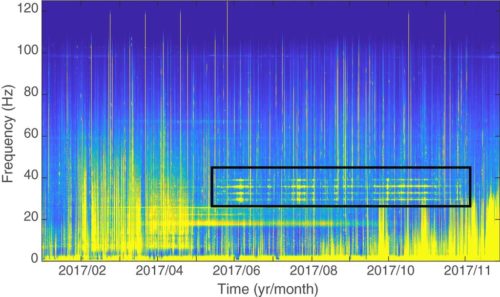 When the scientists carefully studied the whale song, they realized it was a pygmy whale song – but unlike that of any known group. It had to be a new group of whales.

The scientists don’t know exactly how many whales are in the group, but based on the number of calls they’ve found, they believe the group is quite large.

Explainer: What is a spike protein?

Why the dacha was a Soviet heaven on earth

Jill Biden lets cat out of the bag: White House dogs to have…