Today, NewsForKids.net takes a look at some recent news stories related to the climate crisis.  They include efforts to put a price on pollution, a new US push to tackle the climate crisis, and a suggestion to study dimming the sun.

Carbon pricing is an idea that’s gained support in the last week. Carbon pricing programs require businesses to pay for polluting. Usually they pay in taxes or by buying “credits” from a group that’s removing pollution.

Carbon pricing isn’t new. But as the threats of the climate crisis have gotten more serious, groups that used to oppose the idea have begun to support it. These groups include large oil companies like Shell, BP, and Exxon.

Climate Crisis
The climate crisis is a global emergency caused by the change in weather patterns around the world because of human activity. Global heating is a huge part of the climate crisis. The world is getting hotter, mainly because humans are burning “fossil fuels” like coal, oil, and natural gas to make energy. These fuels give off pollution which makes the climate emergency worse. These kinds of pollution are often called “greenhouse gases” or “carbon emissions”.
The world’s countries have agreed to pollute less, but so far not much has changed. The effects of global heating will make life hard, and sometimes impossible, for most living things. Scientists say humans must take strong action before 2030 to avoid the worst effects of the climate emergency.

The American Petroleum Institute (API) represents oil and natural gas companies. It has long fought against carbon pricing. Last Thursday, the group announced that it now supports the idea. The API hopes that by supporting carbon pricing, it can avoid new rules limiting fossil fuel businesses in other ways.

Carbon pricing got another boost in Canada. In 2018, Prime Minister Justin Trudeau’s government passed a national carbon pricing law. The law isn’t popular in areas of Canada that earn money from fossil fuels. Several provinces took the national government to court to stop the law. 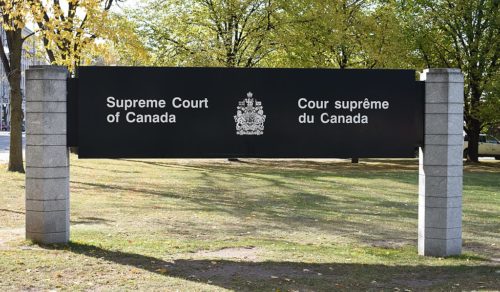 Last week, Canada’s Supreme Court ruled that the law is allowed by the country’s constitution. Now all Canadian provinces will need to begin a carbon pricing plan or use the national government’s system.

US Focusing on Climate Crisis Again

In the US, there’s a new focus on the climate crisis. Ex-President Donald Trump took the US out of an important climate agreement known as the Paris agreement.

President Joe Biden has joined that agreement again. That’s an important step for fighting climate change. It shows that the US – one of the world’s biggest polluters – is taking the problem seriously. Many people in Mr. Biden’s cabinet have promised strong action on the climate crisis.

On Friday, Mr. Biden announced that he is organizing a two-day meeting on the climate. The meeting will begin on April 22 – Earth Day. Mr. Biden has invited 40 world leaders, including the leaders of Russia and China. Because of the coronavirus, the meeting will be held online.

During the meeting, Mr. Biden plans to announce new US goals for cutting pollution. He’s expected to challenge other countries to make similar efforts.

On Thursday, scientists at the US National Academies of Sciences (NAS) released a report saying that the US should spend at least $100 million to study ways of possibly dimming the Sun’s light. 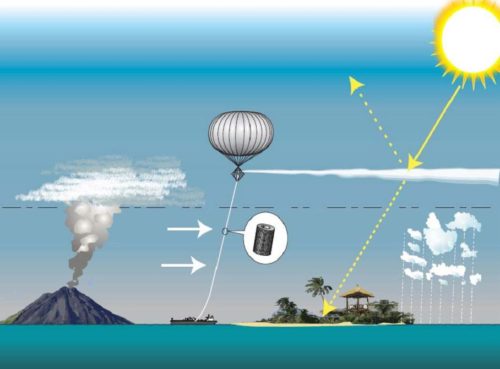 Making this kind of huge change to the Earth’s basic systems is called geoengineering. Geoengineering carries big risks. Changing one part of a system can change other parts in unexpected and dangerous ways.

NAS isn’t saying that the US should try dimming the Sun’s light, just study the idea. They point out that so far, countries aren’t cutting pollution quickly enough to slow down climate change. The group says that by studying these ideas now, the world will be better prepared if they are needed in the future.

If you bought a dog during lockdown, they’ll need help coming out of it

How scientists can get a better picture of our extinct…

Cephalopods: Older than was thought?

Humans Have Been Sharing Food With Animals for Centuries.…