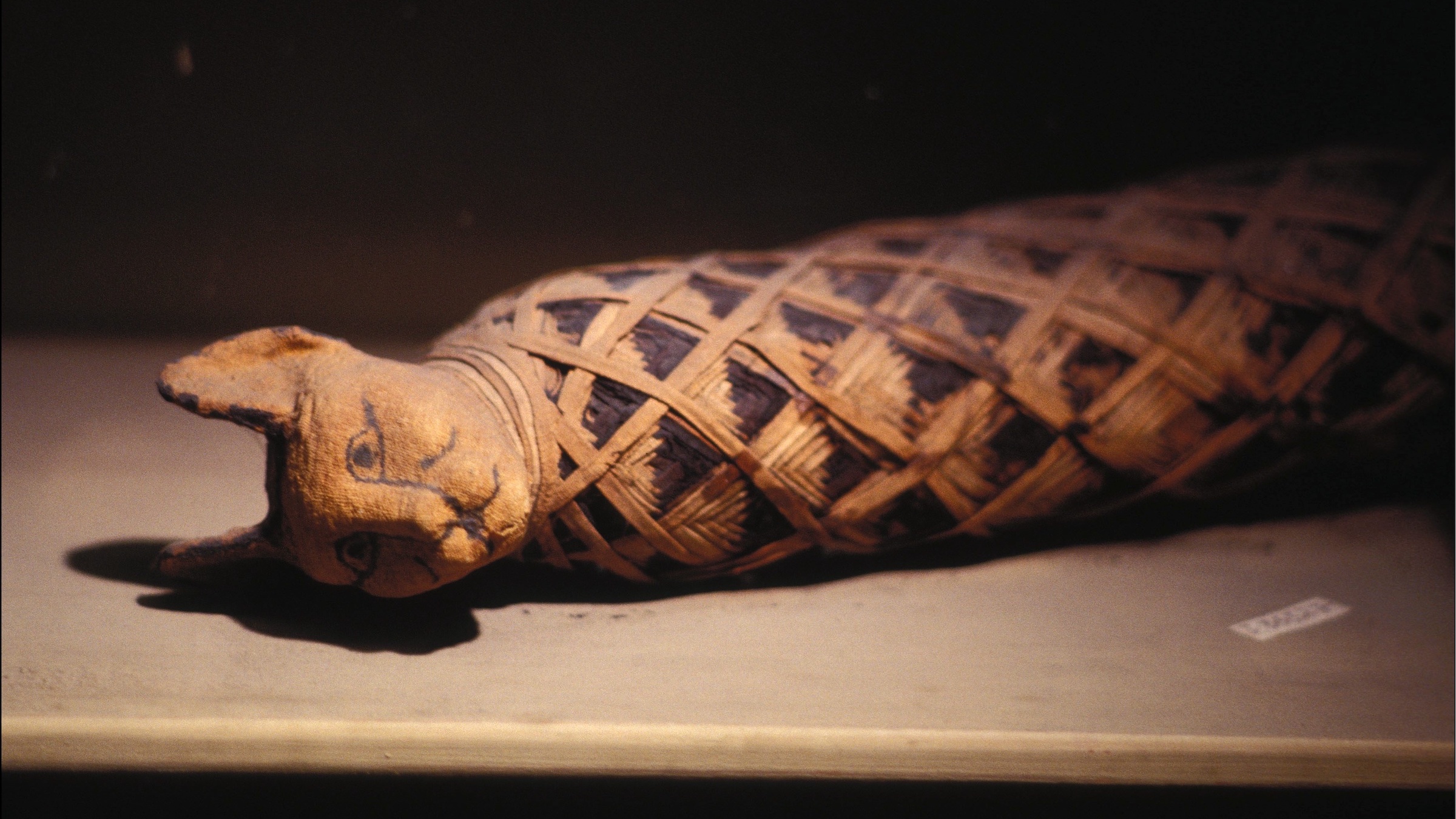 The ancient Egyptians are famed for their fondness of all things feline. There’s no shortage of cat-themed artifacts — from larger-than-life statues to intricate jewelry — that have survived the millennia since the pharaohs ruled the Nile. The ancient Egyptians mummified countless cats, and even created the world’s first known pet cemetery, a nearly 2,000-year-old burial ground that largely holds cats wearing remarkable iron and beaded collars.

But why were cats so highly valued in ancient Egypt? Why, according to the ancient Greek historian Herodotus, would the Egyptians shave their eyebrows as a mark of respect when mourning the loss of a family cat?

Much of this reverence is because the ancient Egyptians thought their gods and rulers had cat-like qualities, according to a 2018 exhibition on the importance of cats in ancient Egypt held at the Smithsonian National Museum of Asian Art in Washington, D.C. Specifically, cats were seen as possessing a duality of desirable temperaments — on the one hand they can be protective, loyal and nurturing, but on the other they can be pugnacious, independent and fierce.

To the ancient Egyptians, this made cats seem like special creatures worthy of attention, and that might explain why they built feline-esque statues. The Great Sphinx of Giza, a 240-foot-long (73 meters) monument that has the face of a man and the body of a lion, is perhaps the most famous example of such a monument, although in truth, historians aren’t exactly sure why the Egyptians went to the trouble of carving the sphinx. Likewise, the powerful goddess, Sakhmet (also spelled Sekhmet), was depicted as having the head of a lion on the body of a woman. She was known as a protective deity, particularly during moments of transition, including dawn and dusk. Another goddess, Bastet, was often represented as a lion or a cat, and the ancient Egyptians believed that cats sacred to her.

Cats were likely also loved for their abilities to hunt mice and snakes. They were so adored that the ancient Egyptians named or nicknamed their children after felines, including the name “Mitt”‘ (which means cat) for girls, according to University College London. It’s not clear when domesticated cats turned up in Egypt, but archaeologists have found cat and kitten burials dating as far back as 3800 B.C., Live Science previously reported. 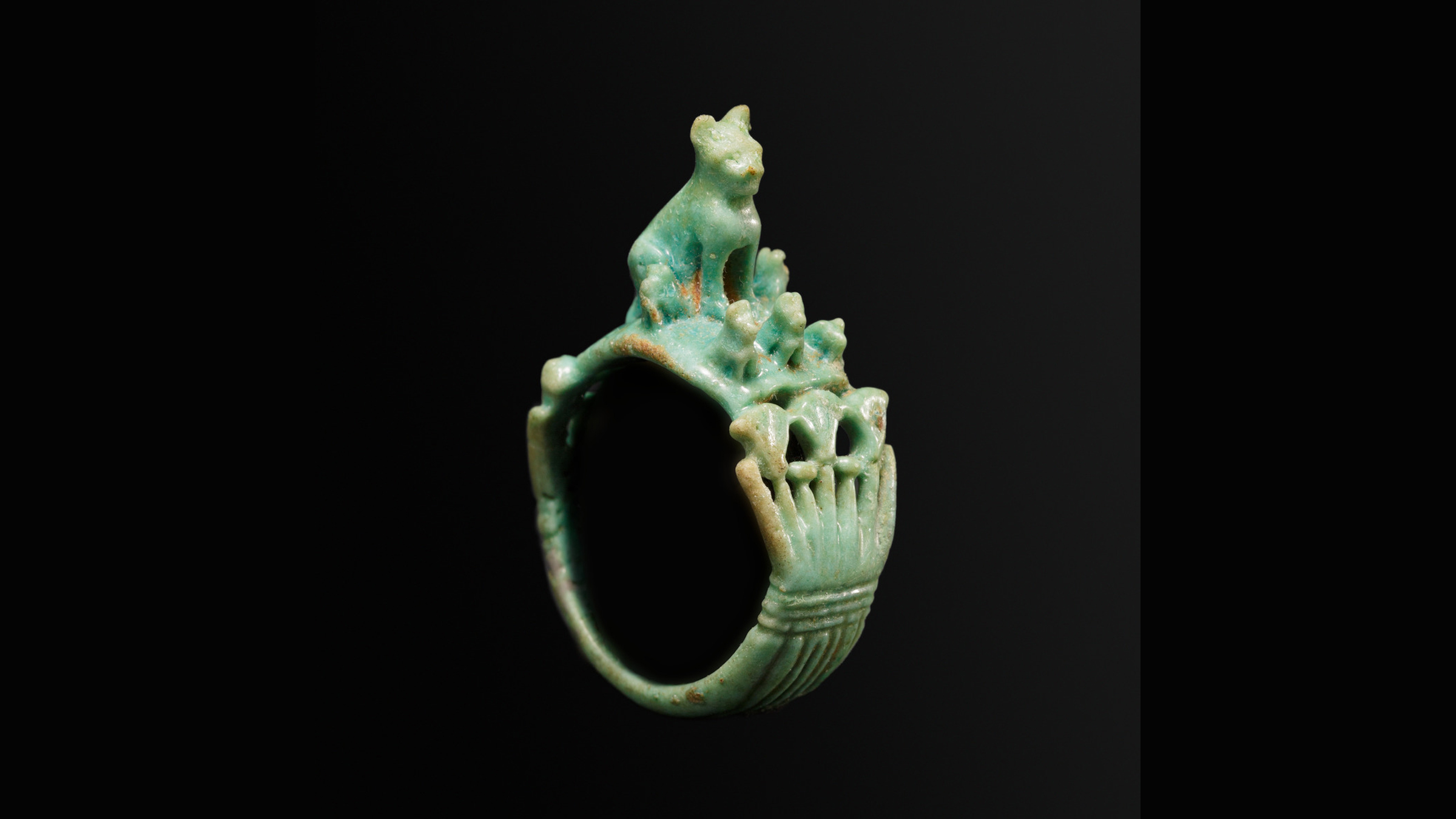 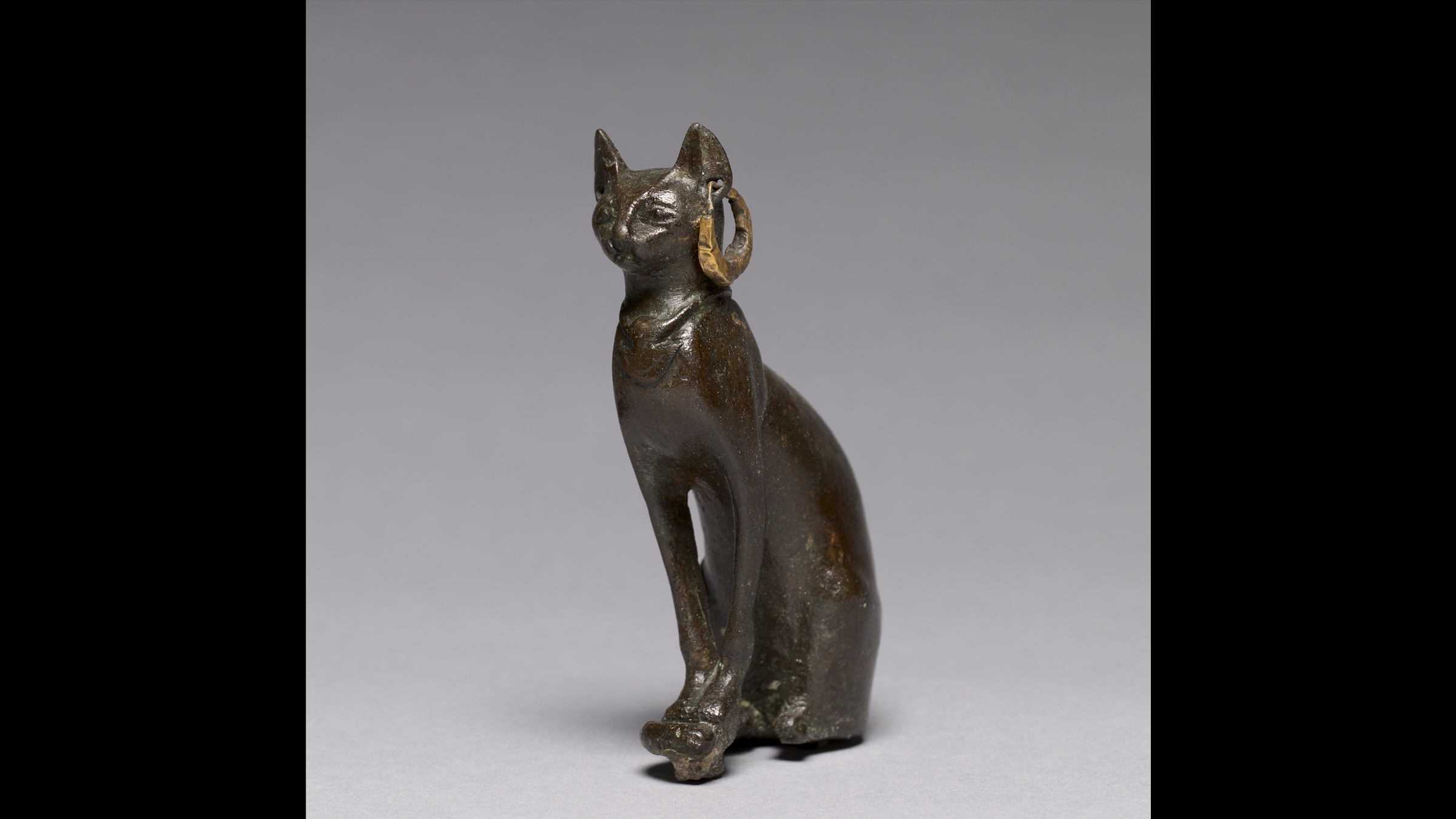 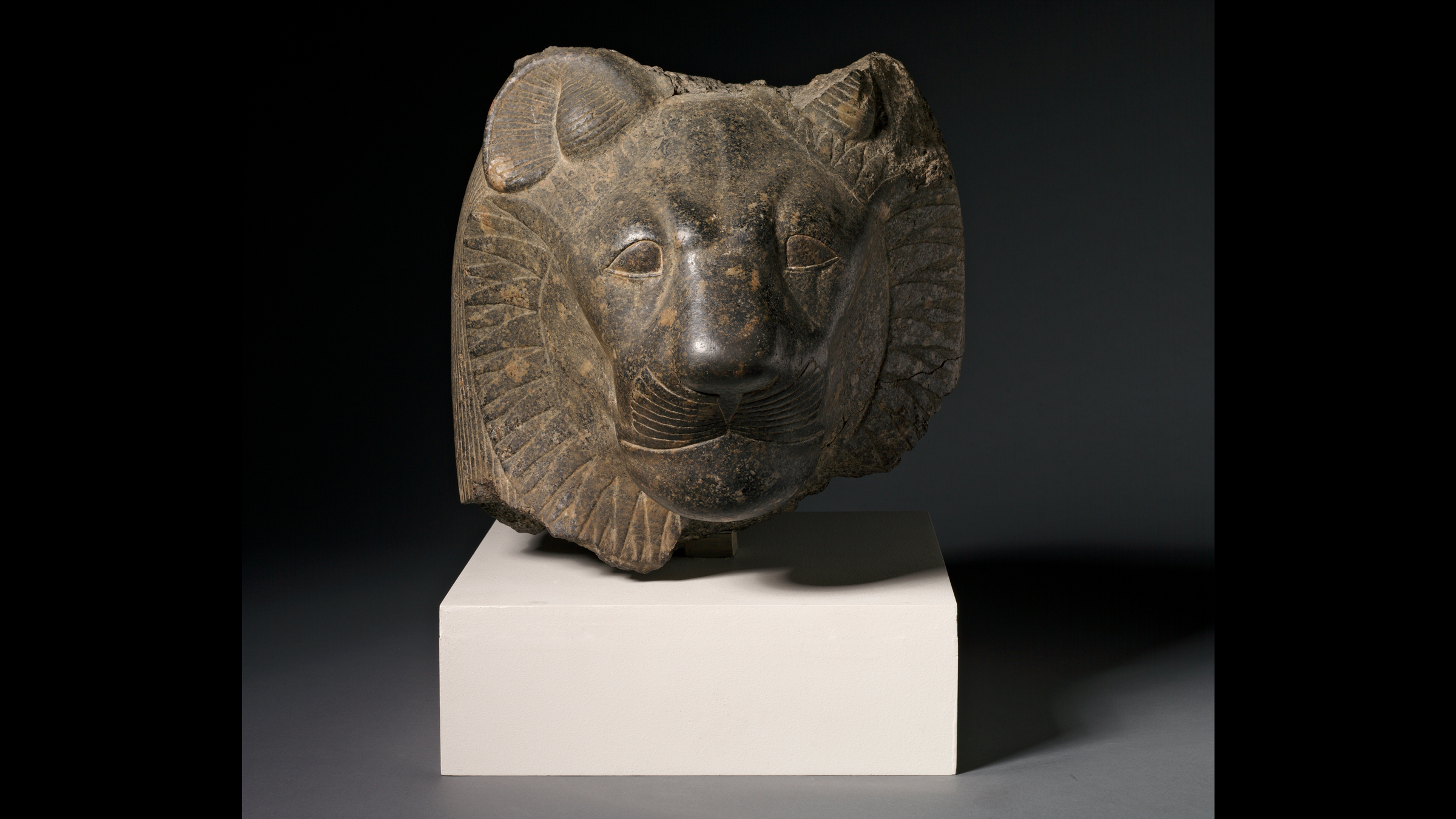 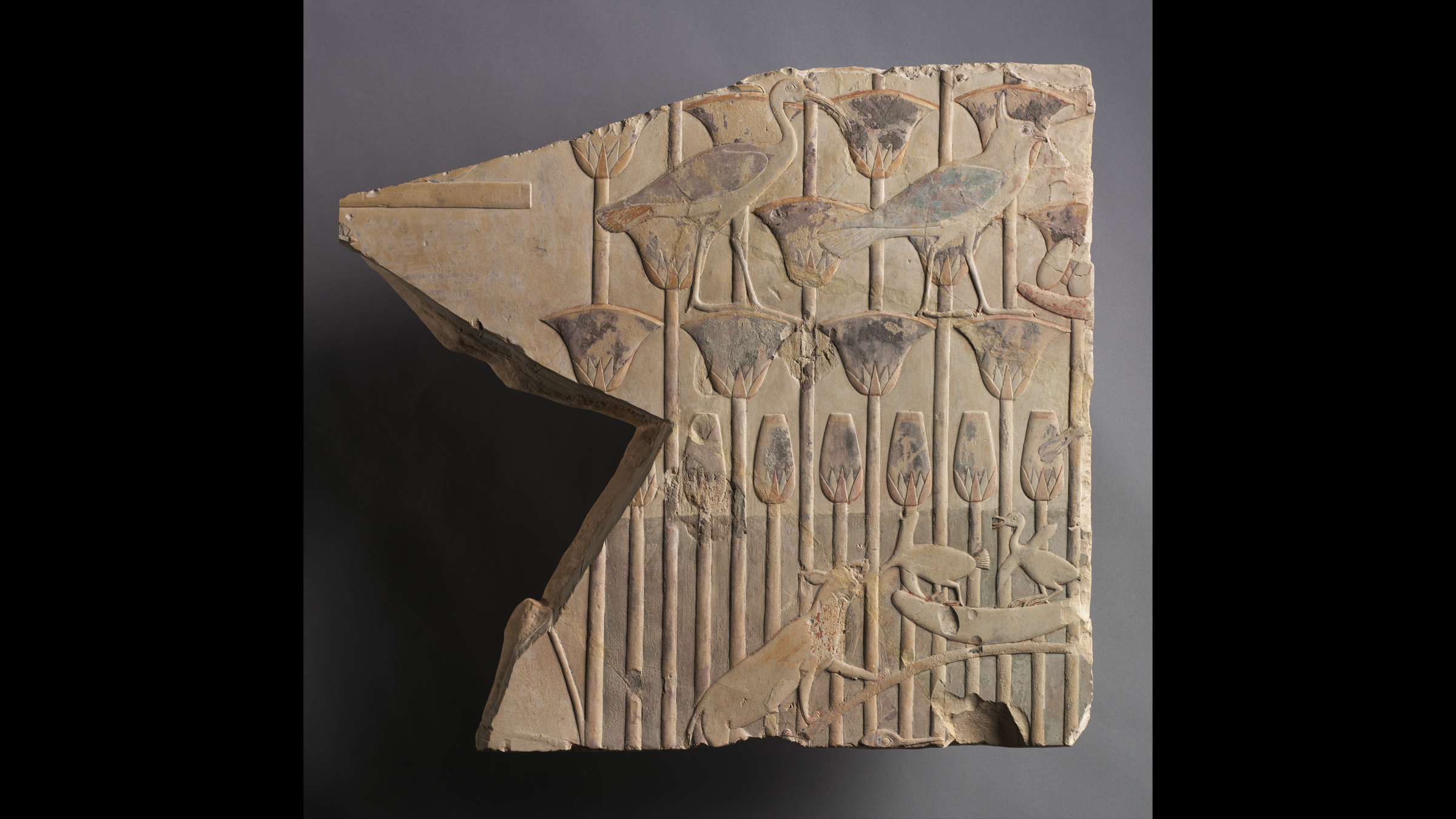 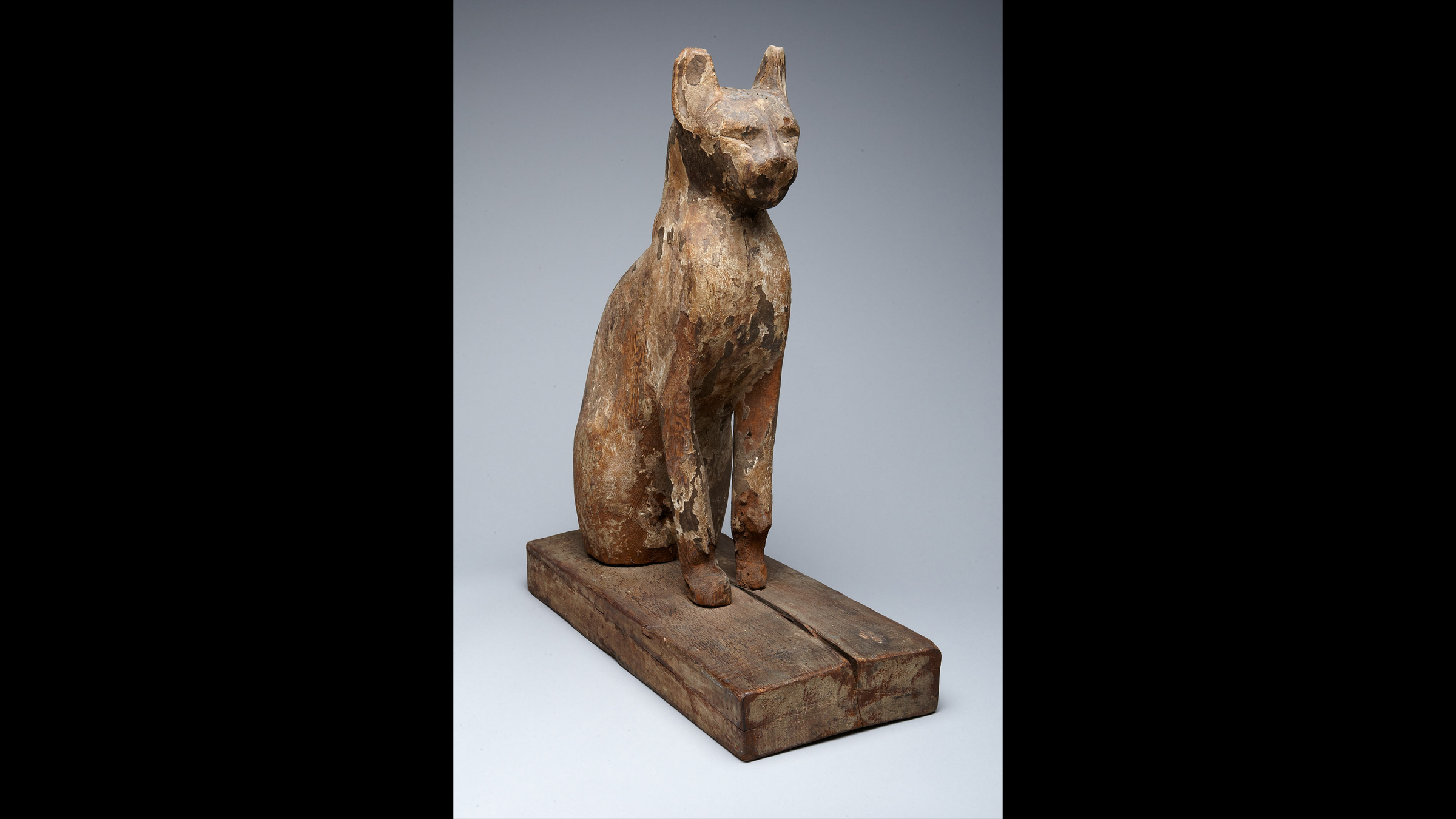 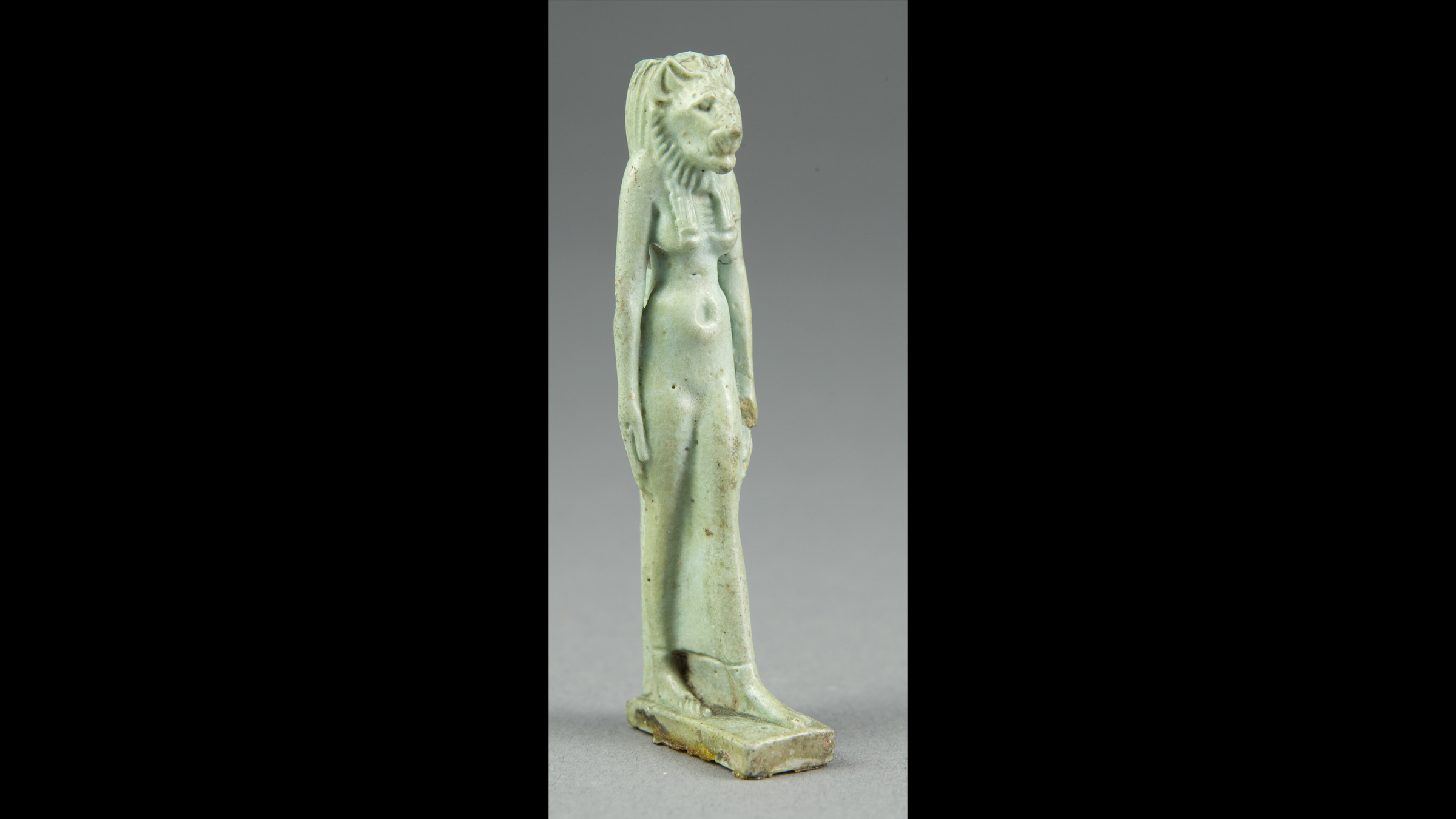 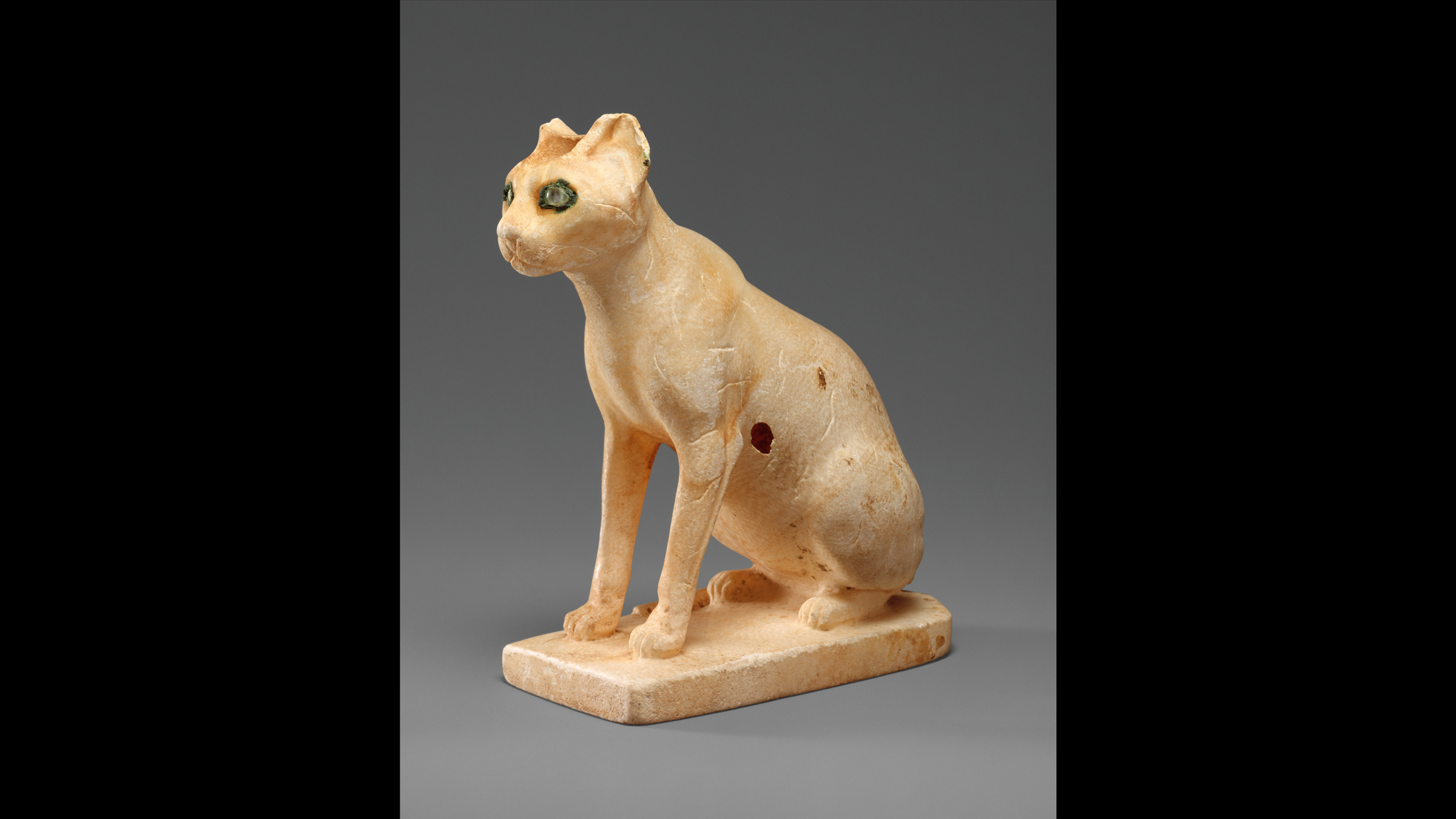 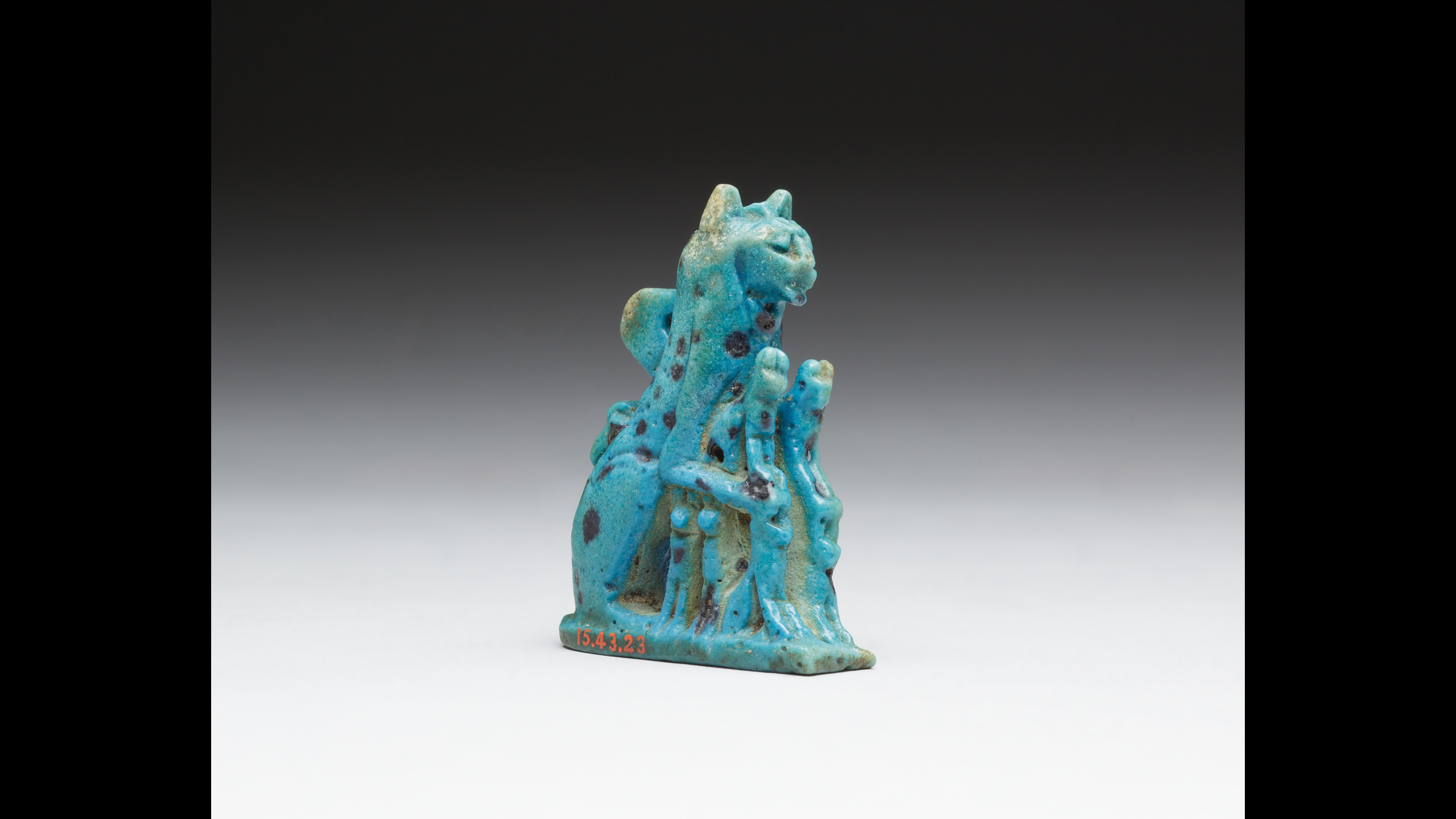 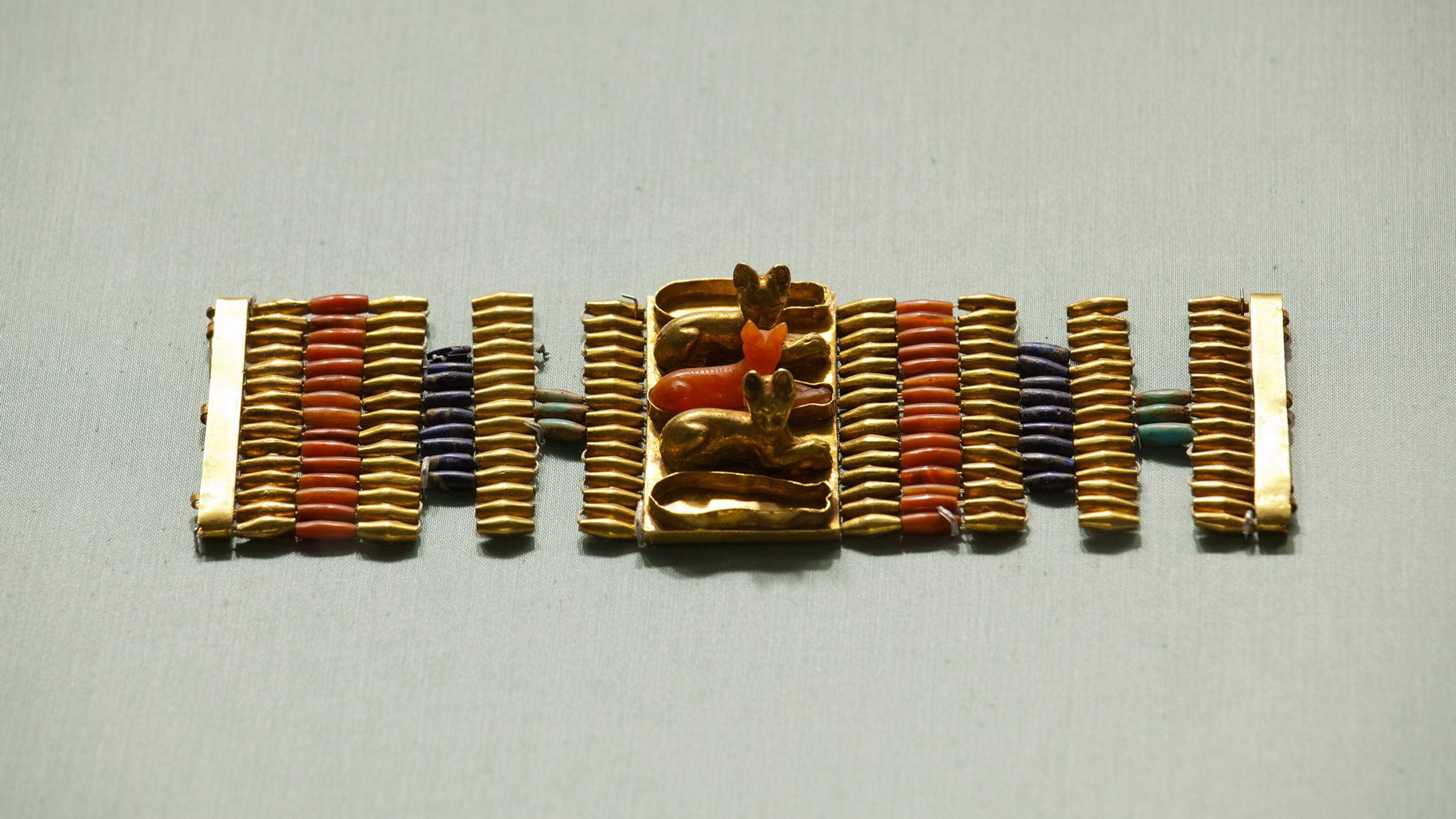 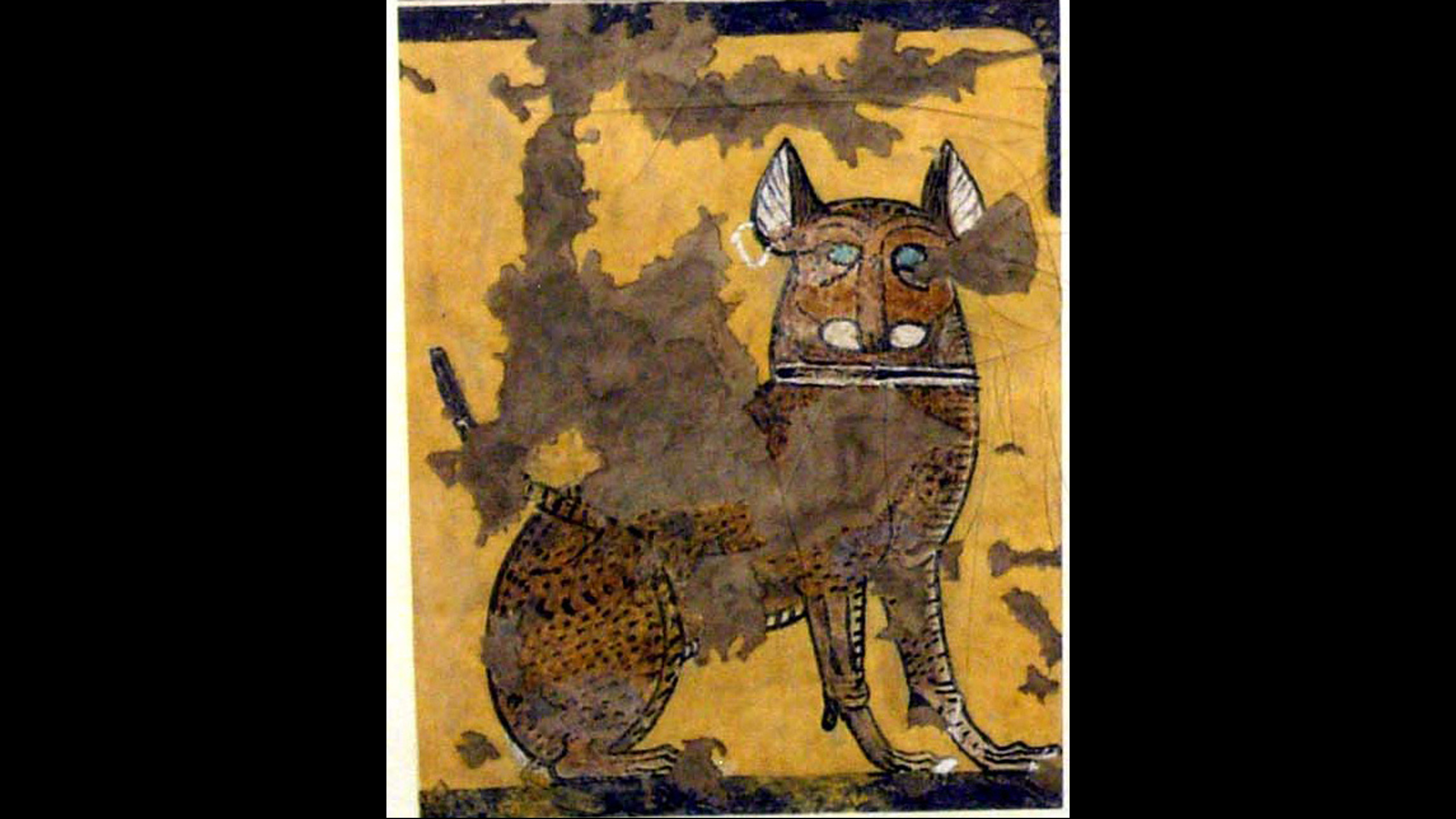 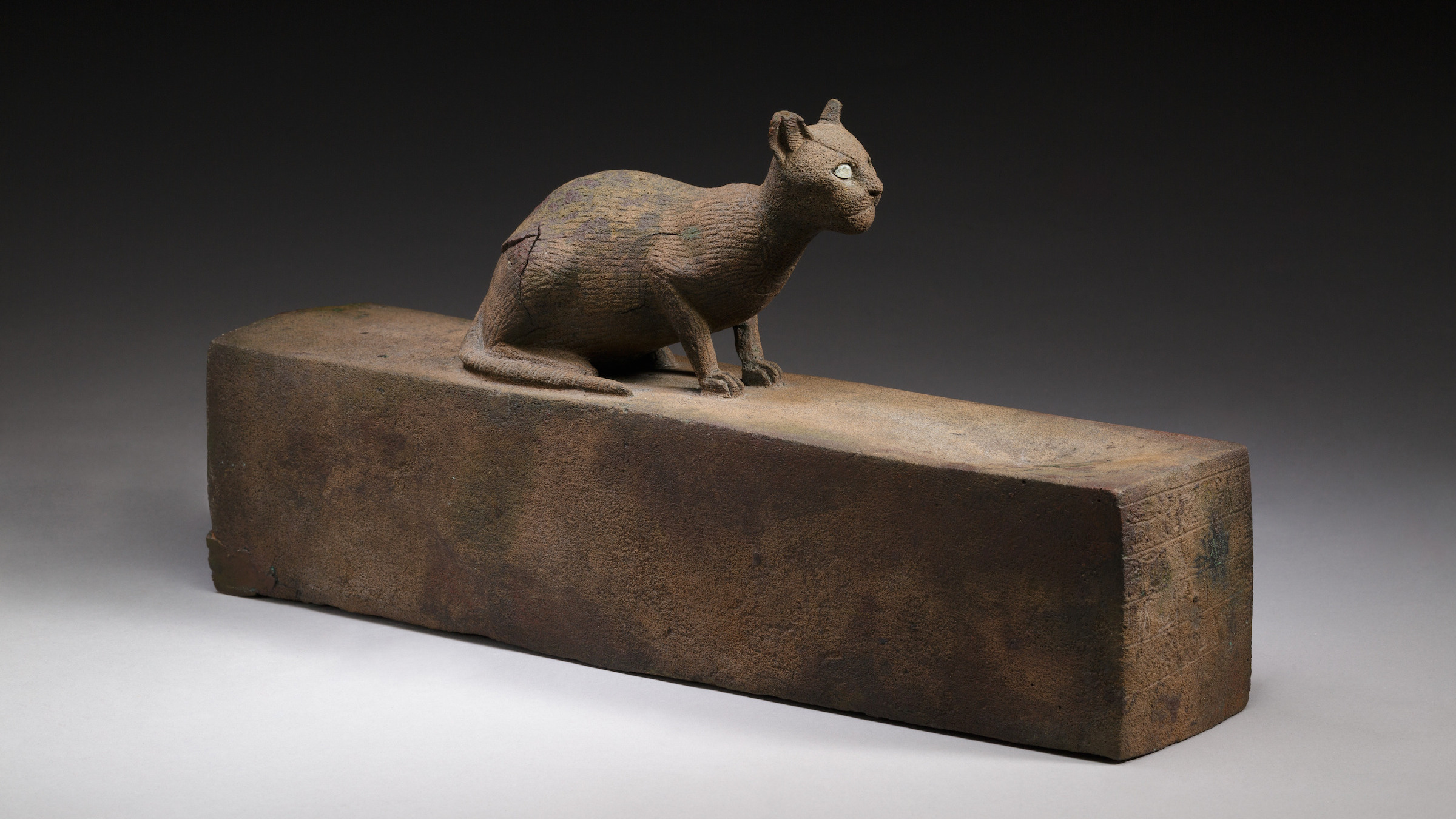 Much research has suggested, however, that this obsession wasn’t always kind and doting, and there’s evidence of a more sinister side to the ancient Egyptians’ feline fascination. There were likely entire industries devoted to the breeding of millions of kittens to be killed and mummified so that people could be buried alongside them, largely between about 700 B.C. and A.D. 300. In a study published last year in the journal Scientific Reports, scientists carried out X-ray micro-CT scanning on mummified animals — one of which was a cat. This enabled them to take a detailed look at its skeletal structure and the materials used in the mummification process.

When the researchers got the results back, they realized the creature was a lot smaller than they had anticipated. “It was a very young cat, but we just hadn’t realized that before doing the scanning because so much of the mummy, about 50% of it, is made up of the wrapping,” said study author Richard Johnston, a professor of materials research at Swansea University in the United Kingdom. “When we saw it up on the screen, we realized it was young when it died,” less than 5 months old when its neck was deliberately broken.

“It was a bit of a shock,” Johnston told Live Science. That said, the practice of sacrificing cats wasn’t rare. “They were often reared for that purpose,” Johnston said. “It was fairly industrial, you had farms dedicated to selling cats.”

—Why do cats stretch so much?

—Why do cats land on their feet?

—Why do cats have belly ‘pouches’?

That’s because many of the creatures were offered as a votive sacrifice to the gods of ancient Egypt, Mary-Ann Pouls Wegner, an associate professor of Egyptian archaeology at the University of Toronto previously told Live Science. It was a means to appease or seek help from deities in addition to spoken prayers.

Sadly, it’s not exactly clear why it was considered desirable to buy cats to be buried with, but it seems there’s a fine line between veneration and infatuation.

‘Mistrial of Chinese professor has dented US…

Hear the Eerie Sounds of Interstellar Space Captured by…