Earth Day is a day set aside to remind people to protect our planet. It’s held on April 22 every year. This Earth Day, US President Joe Biden is holding a virtual meeting on the climate  with the leaders of 40 countries.

The two-day climate meeting, called the “Leaders Summit on Climate”, was announced in late March. It’s meant to encourage leaders from around the world to take stronger action on the climate. The move is also meant to show that America is once again willing to lead the world on climate action. 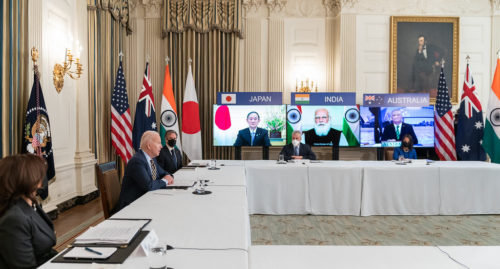 Climate Crisis
Since people first began burning coal to run factories, the world’s temperature has gone up by 1.2 degrees Celsius (C)*. It sounds small, but it’s enough to cause climate change – serious long-term changes in weather patterns that affect all life on earth.
The world is getting hotter, mainly because humans are burning “fossil fuels” like coal, oil, and natural gas to make energy. These fuels give off pollution called “greenhouse gases” or “carbon emissions”, which make the climate emergency worse.
The effects of climate change can already be seen: melting ice in Antarctica and the Arctic, higher temperatures, heat waves, record dry periods, wildfires, record rains, and more strong hurricanes.
Scientists say the world must take strong action before 2030 to avoid the worst effects of the climate emergency.

In 2015, the world’s countries signed the “Paris Agreement” to work together to slow global warming. The main goal of the Paris Agreement is to keep global heating below 1.5ºC.

The Paris Agreement set goals for countries to cut pollution and replace fossil fuels with energy that doesn’t pollute, such as solar, wind, and water power. The countries agreed that in five years, they would set new, bolder goals for cutting emissions.

The Paris Agreement couldn’t have happened without the US and China working together. But after Ex-President Donald Trump was elected, he pulled the US out of the Paris Agreement and made many decisions that made the climate crisis worse. As a result, many countries aren’t sure they can trust the US.

Now Mr. Biden hopes to convince the world that they can count on America again.

Ahead of the meeting, Mr. Biden has been pushing leaders of other countries to agree to take stronger action to stop global warming. 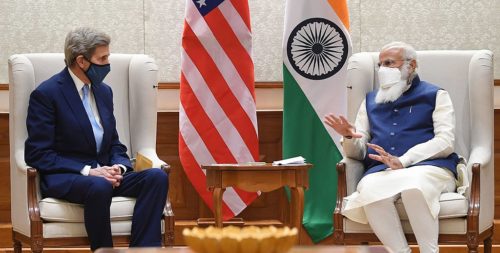 Mr. Biden has said that the US will announce its own new goals at the meeting. Many people expect Mr. Biden to announce that the US will cut its emissions in half by 2030. That’s almost double what it promised in the Paris Agreement.

One of the aims of the Leaders Summit is to prepare for an important climate meeting known as COP26. COP26 is a follow-up meeting to the Paris Agreement, planned for this November in Glasgow, Scotland. It was supposed to happen last year, but was delayed because of the coronavirus  pandemic.

At COP26, countries will be expected to officially promise to make bold new cuts in emissions. As the climate crisis continues to get worse, the world will be watching all of the countries – and especially the US – to make sure they keep their promises.

Did You Know…?
Like they did last year, EarthDay.org is hosting a live digital Earth Day video event today, with many speakers and performers.

New research finds packs of T-rex roamed the Earth, 20,000 at a time

In the Blood: Antibodies Identified That Best Neutralize the…

A shark mystery millions of years in the making

Triceratops coming to live in Australia